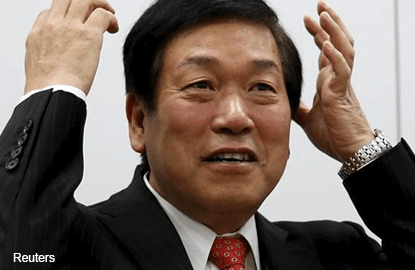 TOKYO: Japanese chipmaker Renesas Electronics Corp’s chief executive officer said an acquisition by Germany’s Infineon Technologies is unlikely as he believes its top shareholder, a government-backed fund, would not sell a majority stake to a foreign buyer.

The Innovation Network Corp of Japan (INCJ) owns around 70% of Renesas and, based on an earlier agreement with the company made at its initial investment, will be free to sell some or all of its stake from September.

An INCJ official said last week regarding investment in Sharp Corp that the fund would not consider deals resulting in losing technology abroad.

Infineon said late last month that its integration of International Rectifier, which it bought for US$3 billion (RM12.87 billion), was ahead of schedule, leaving it free to consider its next move in a rapidly consolidating industry.

The Wall Street Journal had earlier reported that Infineon had shown interest in Renesas. — Reuters