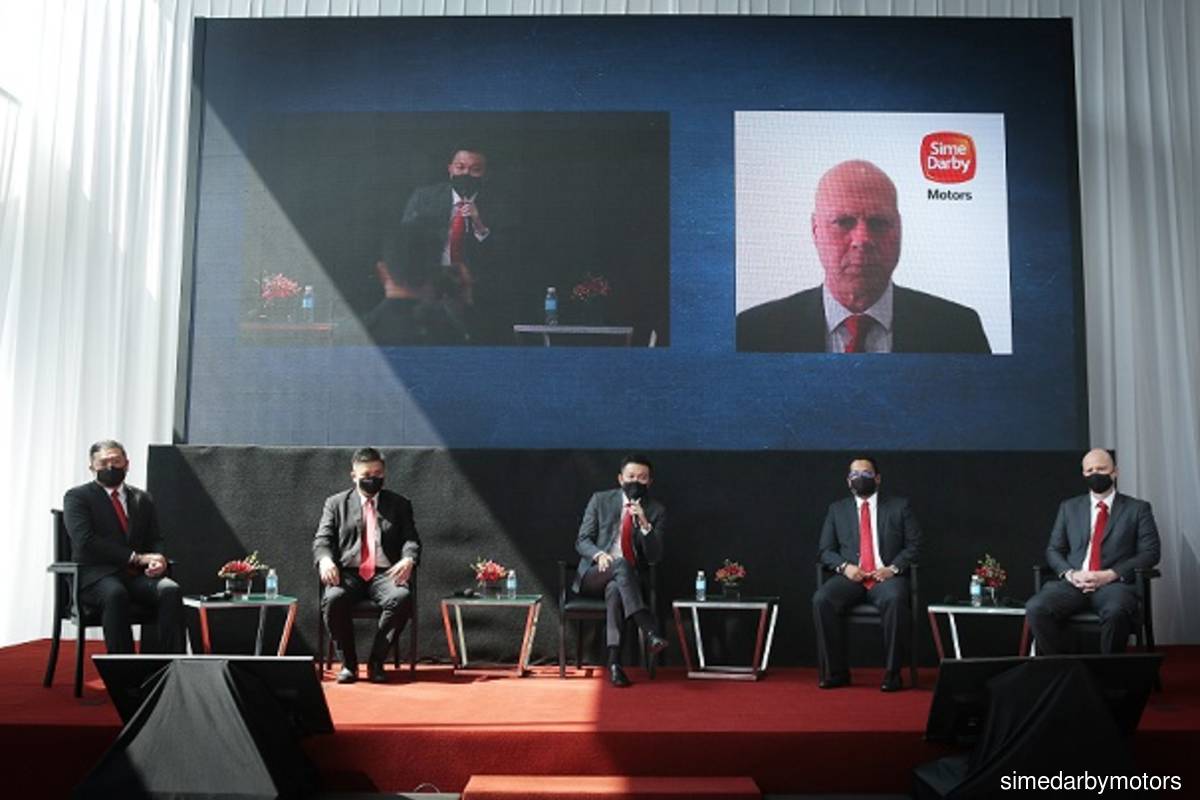 KUALA LUMPUR (April 12): Sime Darby Motors, the automotive arm of Sime Darby Bhd, expects the supply disruptions arising from the shortage of automotive semiconductor chips to “normalise” over the next few months.

The group, which commands 29 automotive brands, was “to a certain extent” affected by the global trend of semiconductor supply shortages, but is still optimistic of achieving better sales performance in “this calendar year”, said its managing director of retail and distribution for Malaysia, Jeffrey Gan.

“To a certain extent yes, we have limited stocks at the moment. However [following] our communications with our principal [brands], we are pretty confident that things will normalise in the next couple of months,” Gan said.

“We have seen good growth in the past one year, and for this calendar year [2021], our sales target is in line with the projection by the Malaysian Automotive Association (MAA),” Gan told reporters at the official launch of Sime Darby Motors City (SDMC) in Ara Damansara today.

The MAA has projected an 8% growth in total industry volume this year. Gan later shared that Sime Darby Motors' marques are expected to launch at least 10 new models this year.

Despite the pandemic, Sime Darby Motors Malaysia has benefitted from the sales tax relief provided by the government for both locally assembled and imported passenger vehicles up until June this year. The Malaysian unit contributes just under 17% of the group’s motor segment revenue in the past six months.

Amid strong sales and undersupply of chips, delivery of some models has seen delays although bookings have remained strong as buyers wanted to benefit from the sales tax relief. It has been reported that brands from Ford to Hyundai to BMW have seen production hiccups due to the shortage of the crucial component for automakers.

The BMW 3S centre in Ara Damansara under Sime Darby Motors, for example, is even short of display models as a result. A spokesperson anticipated the situation to normalise by July.

Malaysia is an assembly hub for various models of BMW and its subsidiary brand MINI, as well as Volvo Cars in Southeast Asia.

Sime Darby Motors has seen strong performance in its first half of the financial year ending June 30, 2021 (1HFY21), thanks to better performance in all key markets namely China, Australia and Southeast Asia. Pre-tax profit grew 82.3% to RM505 million from RM277 million, with 23.6% growth in segment revenue to RM14.31 million from RM11.57 million.

The launch of SDMC today commemorates Sime Darby Motors’ development of the largest automotive complex in Southeast Asia, which has been operational since end-2019.

Sime Darby Group invested RM570 million for the facility, which relocates the prior facilities from Glenmarie on-site. Among the features of the integrated facility are contactless registration and fast-charging EV ports in select outlets.