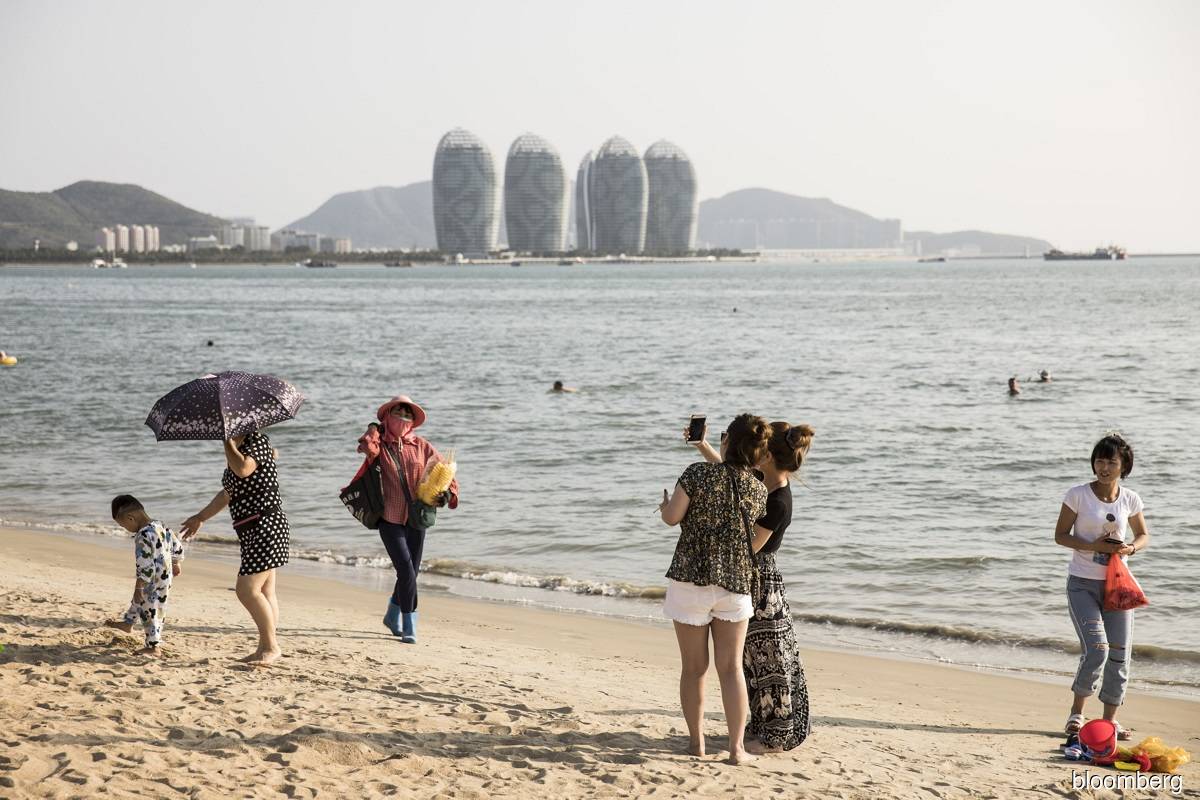 SHANGHAI (Aug 6): The southern Chinese resort city of Sanya imposed a lockdown on Saturday and restricted transport links to try to stem a Covid-19 outbreak that comes as some 80,000 visitors were enjoying its beaches at peak season.

The curbs came into force at 6am (2200 GMT) after authorities said the Covid-19 situation was "very severe" and people's movements were being restricted.

Authorities did not say when the measures might be lifted but said tourists wanting to leave the city, which is on Hainan island, would have to show five negative PCR tests over seven days.

"We urge the general public and tourists to understand and give their support," authorities said in a statement on the city government's WeChat account.

The city reported 263 Covid-19 cases for Friday, up from 11 two days earlier. Authorities said they had detected the Omicron subvariant BA.5.1.3.

The lockdown comes in the high tourist season for the city, which is also known for its duty-free shopping and is home to several high-end hotels run by international companies including IHG and Marriott International.

The deputy mayor, He Shigang, told state broadcaster CCTV there were about 80,000 tourists in the city but that the cases were mainly among residents.

Officials told a news conference later on Saturday that tourists would get hotels at half price if they had to extend their stays.

"It really sucks," said Micah Hostetter, a business consultant based in Shanghai who was scheduled to leave on Sunday after a week-long stay.

"We don't know how long we're going to be here. We hope it's not that long," said Hostetter, who endured nearly two-and-a-half months of lockdown in Shanghai earlier in the year.

The sale of railway tickets out of Sanya was suspended, CCTV reported, citing the national operator, and more than 80% of flights to and from Sanya had been cancelled, according to data provider Variflight.

The city started imposing lockdown measures in some places on Thursday. More venues, including its duty-free malls which are popular with Chinese shoppers unable to travel abroad, were shut on Friday.