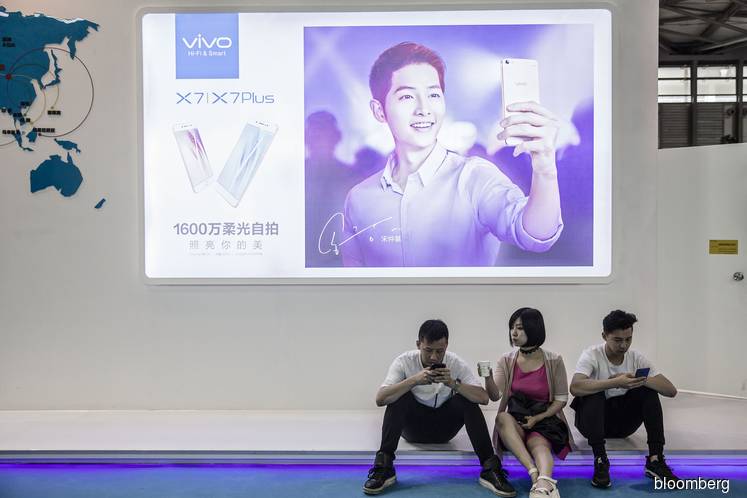 Scheduled for completion in 2025, the gadget maker’s 32-storey abode will house 5,800 workers and was designed by NBBJ, the architects behind Samsung’s Silicon Valley campus and Seattle’s Amazon Spheres. The new building will feature Vivo’s flagship store, indoor gardens at every level and a spiraling exterior with self-shading glass, according to the architectural firm.

Vivo joins the likes of Tencent Holdings Ltd and ByteDance Ltd in spending big on new office space (much of it in the bustling tech hub of Shenzhen) adding to a mega-building splurge at a time when economic turmoil is forcing other businesses to cut back. WeChat operator Tencent is building an adjacent campus roughly the size of midtown Manhattan on reclaimed land in Qianhai Bay that cost the company US$1.2 billion (RM5.14 billion). Vivo paid 1.3 billion yuan (RM787.15 million) for the site of its new headquarters and TikTok owner ByteDance recently spent 1.1 billion yuan for land in the city’s downtown area, according to the local land authority.

Kuaishou, a YouTube-like video platform backed by Tencent, is spending three billion yuan on a base for its fledgling e-commerce business in Chengdu, complete with studios for live-streamers hawking wares.

Vivo, which began life in the midst of Android’s rise a decade ago, has steadily grown into a leader at home and across Asia and Europe, alongside compatriots Huawei Technologies Co and Xiaomi Corp. Its development encapsulates the way Chinese names have started making waves abroad.

“What we’ve seen now is part of a natural life cycle of these companies where they’ve outgrown their current facilities, and they need new ones to operationally support their growing global reach,” said NBBJ partner Robert Mankin, who’s responsible for the Vivo project. “It’s increasingly rare in the US for companies to build their individual headquarters campus, and you still see it in Asia.”

The tech campus boom coincides with a trillion-dollar effort in China to both stimulate the economy and lay the networking and data-center foundations for next-generation Internet technology. In terms of offices, Tencent has the most ambitious expansion plans among its peers. Dubbed Net City, its latest project includes solar panels, arrays of automated sensors, mangroves to prevent flooding and a pedestrian-friendly transportation network. It will take around seven years to complete.

Tencent currently has 38,000 workers in Shenzhen, with the headcount expected to more than double in seven years, according to the local government. ByteDance has said it plans to create 40,000 new jobs this year, and the startup has rented new offices in Hong Kong and bought a Beijing shopping plaza to convert into a workplace.

Vivo’s crosstown rival Oppo is also building new headquarters in Shenzhen. The project, designed by Zaha Hadid Architects, will feature a 20-storey vertical lobby, an art gallery, shops and restaurants. Construction is expected to complete in 2025.