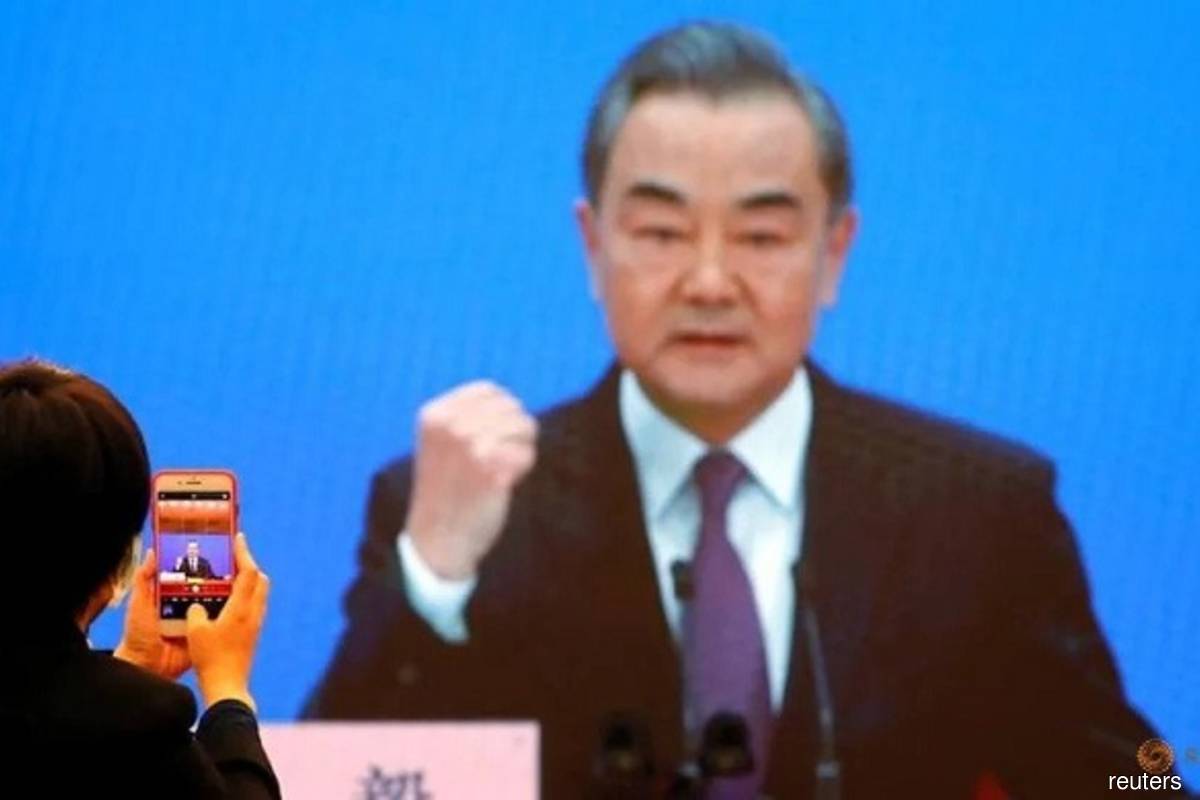 In recent days, the Israeli-Palestinian conflict has continuously escalated, causing huge casualties, which is distressing, said Wang, before presenting China's views and proposals on the issue.

Wang said that firstly, the root cause of the deterioration of the situation is that for a long time, there has not been a just solution to the Palestinian issue.

Especially, in recent years, the Middle East peace process has deviated from its original track, the UN Security Council resolutions have not been earnestly implemented and in particular, the Palestinian right to build an independent state has been continuously violated, adding to the plight of the Palestinian people, which has led to the intensification of the Palestinian-Israeli confrontation and repeated conflicts, Wang said.

As has been proven, Wang noted, without a just settlement of the Palestinian issue, Palestine and Israel, as well as the Middle East will not be able to achieve true peace.

Secondly, Wang said what is pressing now is the ceasefire and cessation of violence, and the Security Council has the responsibility to seek early de-escalation.

China, as the president of the Security Council for May, has pushed the Council to hold two emergency consultations on the Palestine-Israel conflict, and has drafted a press statement, in a bid to guide the Council to take actions, he added.

But regrettably, the Council has so far failed to reach an agreement, with the United States standing on the opposite side of international justice, Wang said, urging all members of the Council to shoulder their due responsibilities and make effective efforts to maintain regional peace and security.

Thirdly, Wang said an ultimate way out of the Palestinian issue lies in the implementation of the two-state solution. China will host an open debate on the Palestinian-Israeli conflict at the UN Security Council Sunday, and expects all parties to make a unified voice on this issue.

China will continue to firmly support the just cause of the Palestinian people to strive for the restoration of their legitimate national rights, support a just solution to the current issue through political dialogue, and support the UN, the League of Arab States and the Organization of Islamic Cooperation in playing a constructive role in this regard, Wang said.

For his part, Qureshi said that Pakistan agrees with China's position on the current Palestinian-Israeli conflict, supports the two-state solution and the just cause of the Palestinian people, and advocates promoting a solution through dialogue and negotiation between the Palestinian and Israeli sides.

Noting that Pakistan highly appreciates China for upholding justice in the Security Council, Qureshi said his country is willing to strengthen communication and coordination with China to find ways to achieve a ceasefire and cessation of violence, as well as to calm the situation.