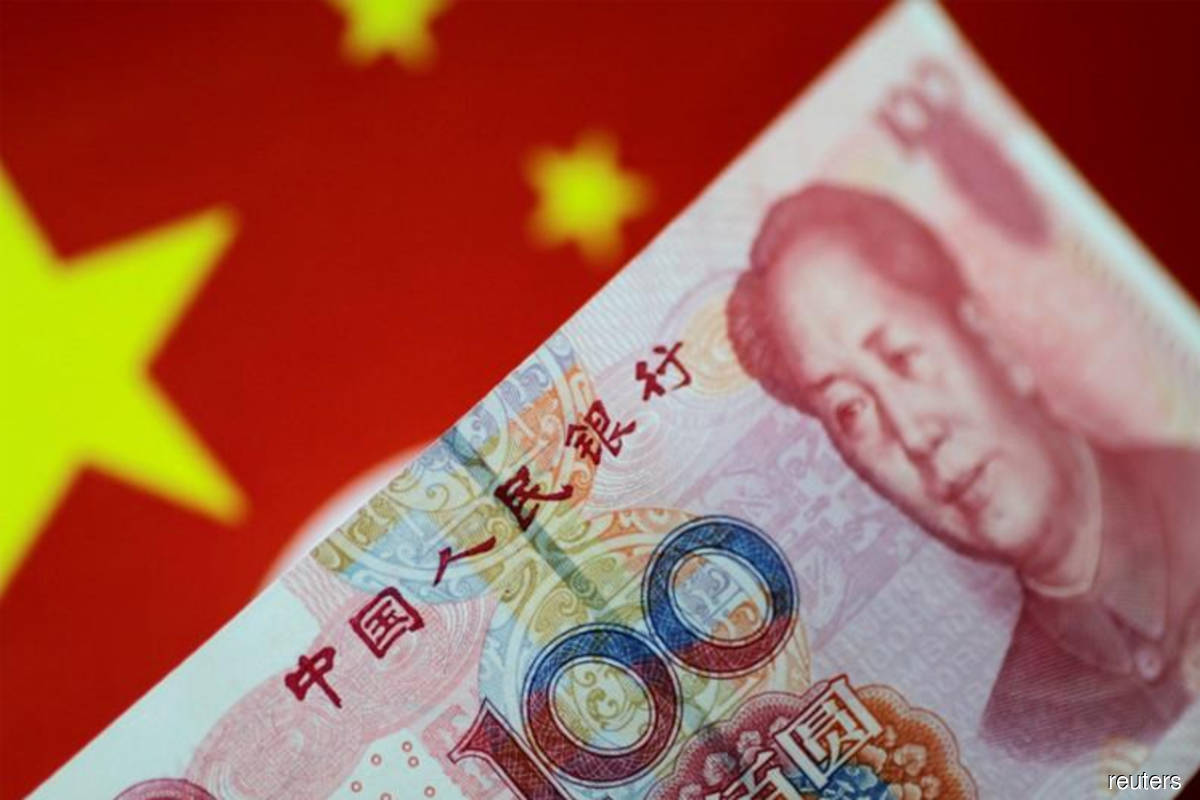 SHANGHAI (Oct 19): China's yuan surged on Tuesday, finishing the domestic session at a four-month high and breaching a key threshold, aided by market expectations that the stresses in the domestic property sector as well as Sino-U.S. tensions are easing.

The onshore spot yuan opened at 6.4250 per dollar and strengthened past the psychologically important 6.4 before ending at 6.3998, the strongest such close since June 16 and 296 pips firmer than the previous late session close.

A couple of other property firms made coupon payments this week, helping ease some concerns about the embattled and indebted sector.

Qi Gao, Asia FX strategist at Scotiabank, said investors had drawn confidence from that reassurance from officials at the People's Bank of China.

He said the authorities will manage to prevent Evergrande from being a threat to the financial system.

The stronger yuan had driven a broader rally in risk-sensitive currencies in the broader currency market, he said.

Currency traders said the yuan was supported by heavy corporate clients' conversion of their dollars as they took advantage of broad dollar weakness, after the latter was knocked back by weak U.S. factory data overnight.

"After all, the fundamentals are still very strong, seen in the high trade surplus and capital inflows. And companies have a pile of dollars waiting to be settled."

Prior to market opening, the PBOC set the midpoint rate at 6.4307 per dollar, 7 pips weaker than the previous fix of 6.43.

"The recent yuan strength was surprising to some market participants, including us, given the increasing headwinds for China growth," said Ken Cheung, chief Asian FX strategist at Mizuho Bank in Hong Kong.

But he said the soft gross domestic product data released on Monday had been expected and priced in and annual growth around 8% remains achievable.

"Together with the Phase 1 (trade) deal review with the U.S., the PBOC may intend to keep the yuan broadly steady in the near term. After all, the dollar retracement and the broad Asian currency rally are supportive to the yuan."

Some market analysts attributed the gains in the yuan to fading expectations of a reduction to banks' reserve requirement ratio (RRR), despite the weak third-quarter growth as the world's second-largest economy suffered power shortages, supply bottlenecks and sporadic COVID-19 outbreaks.

In addition, a stronger yuan could raise the chance to attract more foreign capital inflows into the country's bond and stock markets.

"We will have to monitor portfolio data to see whether global equity investors are fishing for some cheap Chinese stocks," said Chris Turner, global head of markets at ING.

But still, some traders said the authorities could become uncomfortable with the yuan's fast appreciation, as the spot price has crossed the key level.

"There was no barrier from the state banks on Tuesday morning," said a trader at a Chinese bank. "But everyone started getting nervous about big banks possibly stepping in soon to trim the gains."