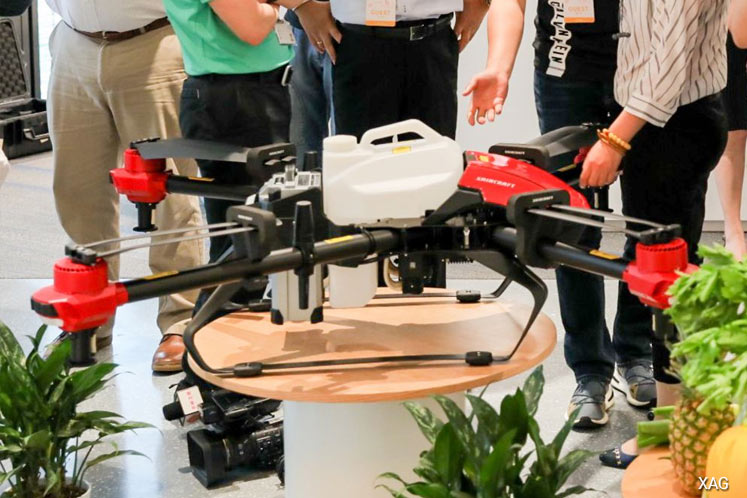 (Dec 24): China’s largest agricultural drone maker expects to double its sales next year as the government pushes for the creation of bigger farms that will require more of the technology.

XAG forecasts domestic sales volumes to rise to 50,000 drones in 2020 from about 25,000 this year, Justin Gong, co-founder of the Guangzhou-based company, said in an interview in Beijing. The drones are used for seeding, fertilizing and spraying pesticides.

China’s political leaders are encouraging smaller farmers, which make up the majority of the rural landscape, to consolidate and become part of large-sized collective farms in a bid to improve efficiency in food production.

One area of China’s rural land reform is to allow families to rent out their contracted land to large companies or cooperatives for large-scale operations. By the end of 2018, more than one-third of contracted land hand been handed over to bigger operations.

“We’ve seen a big decrease in the rural population, especially as the younger generation are leaving the countryside for cities,” XAG’s Gong said. “We have to find a solution for farmers to produce better food for our urbanization demand.”

XAG is also launching a self-driving utility vehicle, which is about 20% cheaper than drones, and aims to expand its business to villages where small household farmers can easily learn to use the vehicles. The ground vehicle can be used in fruit gardens and crop fields in the north of the country where land is flatter, said Peng Bin, the company’s CEO.

The vehicles are also likely to have easier access to overseas markets where regulations around drones can be more stringent, so sales abroad may also increase, Bin said during the company’s smart agriculture conference in Beijing last week.

Chinese government subsidies for farmers purchasing the company’s products should also boost XAG’s sales, Gong said. Subsidies cover about one-third of the cost of the drones and vehicles, he said.