China’s policy easing may not lift all emerging market boats 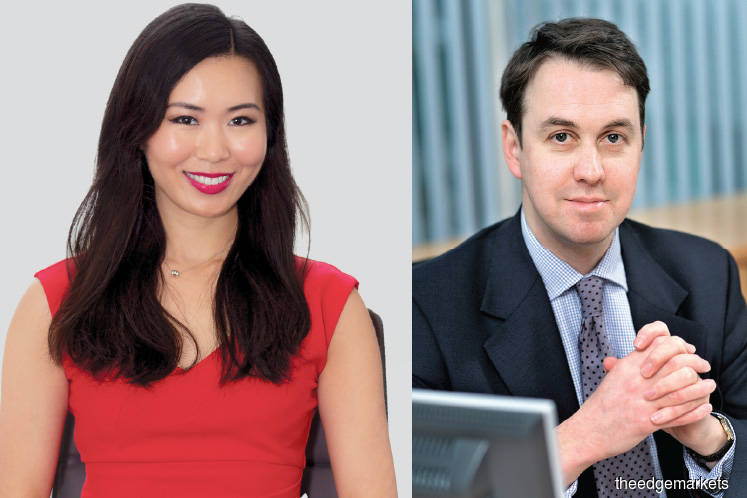 THE easing of policies in China to support its economy, such as cuts in the reserve requirement ratio and income tax, and re-acceleration in infrastructure spending, may not be a strong enough tide to lift the boats of emerging markets. This is especially so amid the escalating US-China trade war and a stronger US dollar, which is a downside risk for emerging economies.

Janet Mui, global economist with Cazenove Capital, which is the wealth management arm of the UK-based global asset management firm Schroders, opined that measures taken by “grandpa” — the nickname given by the Chinese to their government — to stimulate economic growth have so far proved disappointing.

Mui was among the economists who presented their macro views on emerging markets, with particular reference to the trade war and China, at the recently concluded Schroders International Media Conference 2018 in London.

“The measures that China has implemented have been targeted, such as export tax rebates and corporate tax cuts, to help the private sector … they also want to help consumers by proposing a cut in auto sales tax. However, these are not the kind of full-blown measures to boost economic growth that we have witnessed from China previously,” she said.

“This is simply because leverage in China is too high. The debt is [more than 300%] of gross domestic product and they are not going to stop the deleveraging effort. China really wants to stimulate its economy but they cannot really do as much as before. The trade war is expected to cost 1% of China’s GDP, and we think that these easing measures may not fully offset that drag.”

A chart presented at the conference by Schroders chief economist Keith Wade shows that Malaysia is the third most impacted by the trade war, after China and Taiwan.

“It’s not just China and the US that are affected by the trade war as global trade is very integrated. Supply chains extend across many countries and looking at China’s supply chain, it extends quite considerably into Asia, in particular the emerging markets,” said Wade.

“This chart is from an OECD database that tracks supply chains across the world, and you can see the value-added from Chinese exports from the blue bar. Obviously, China adds the most value but Taiwan, Malaysia and Singapore are not far behind. Even Chile is quite considerably affected by the Chinese supply chain. So, obviously, once Chinese exports slow down, it is going to affect emerging markets as a whole. That is one reason why emerging market equities have been struggling lately.”

However, Wade opined that there are benefits from the trade war to be reaped by emerging markets. “We should bear in mind that by putting tariffs on US goods, Chinese importers will have to look elsewhere. If you look at the example of soybeans, China is now buying more from Brazil compared with the US.”

Wade pointed out that in the economic conflict, more was at stake for China as 19% of its GDP comprised trade with the US while trade with China represented only 8% of US GDP.

“However, we don’t think it’s just about the trading of goods between the two countries but more about the general relationship. While the volume of US exports to China is much smaller, the US does a lot of its business in China by investing in the country itself and selling directly to the local market,” he said.

“However, we don’t think China will go for selling all the US Treasury bonds that it owns as this would cause a recession in the US, which will hit Chinese exports. China may try to do things with its currency. It did [weaken] the currency when the trade talks started to falter and I think it will keep that as a weapon if things get really difficult.”

A weaker US dollar next year

Wade acknowledged that the trade war, along with the US Federal Reserve’s interest rate hikes and the strengthening of the US dollar, has created the perfect storm for emerging markets.

“By raising interest rates and pushing up the dollar, the Fed is tightening liquidity worldwide and that has particularly hit the emerging markets. One thing that has changed in the world economy since the 2008/09 global financial crisis is that the dollar has become a more common currency for funding [purposes]. This means when the dollar strengthens, it will squeeze the borrowers, and that has been very much the case for emerging markets,” he said.

“Our view going into next year is that the dollar may well begin to peak and turn around. That would need the US economy to begin to slow down, and we do think that [the US economic growth cycle] will come to an end in 2020. The mid-term elections in the US were significant because with the Democrats now controlling Congress, it is much less likely that they will approve tax cuts to support the economy.”

Wade said he expects the Fed to raise rates three more times next year, taking the policy rate to 3% by mid-2019.

“The main reason for the Fed rate hike is that inflation continues to rise in the US. The [trade] tariffs that will come in next year will push up inflation in the country. Tight labour market conditions will also add to inflation as growth in US wages will also add pressure to costs. There are actually more job openings in the US now than unemployed people, so for every unemployed person in the US, there is a job for them to go to,” he said.

“The challenge then for the Fed is when to stop raising rates because US inflation will probably keep rising. If it just tracks inflation and keeps raising the rates, it could precipitate a recession in 2020. The key thing for the Fed is to realise when it has done enough, and we think it would have done enough by the time the rates get to 3%.”