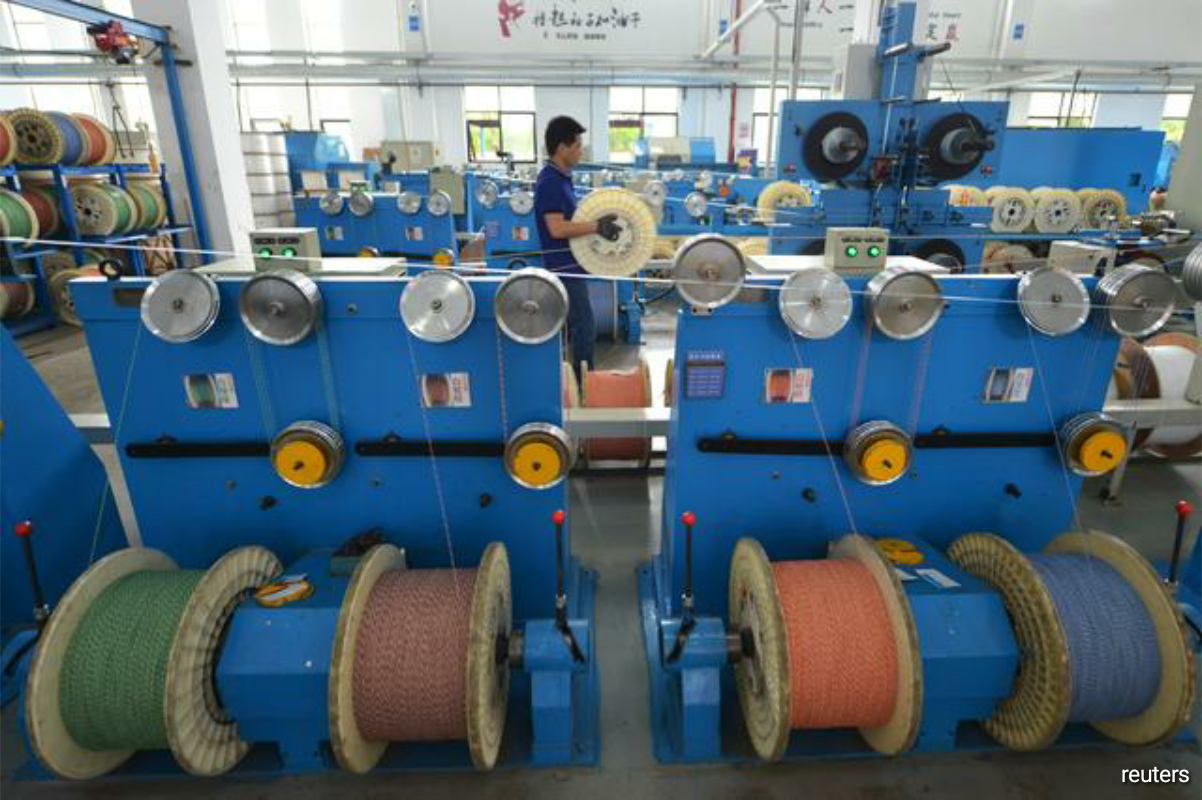 After the pandemic paralysed huge swathes of the economy, China’s recovery has been gaining momentum as pent-up demand, government stimulus and surprisingly resilient exports propel a rebound. (Photo by Reuters)

BEIJING (Sept 15): China’s industrial output accelerated the most in eight months in August, while retail sales grew for the first time this year, suggesting the economic recovery is gathering pace as demand starts to improve more broadly from the coronavirus crisis.

An annual decline in fixed-asset investment over January-August also moderated due to government stimulus efforts, but authorities remain wary about the outlook given heightened external risks, including from intensifying Sino-U.S. tensions.

After the pandemic paralysed huge swathes of the economy, China’s recovery has been gaining momentum as pent-up demand, government stimulus and surprisingly resilient exports propel a rebound.

“We think that China’s economic recovery is on a reasonably firm footing now and should continue through Q4 and into 2021, with solid investment growth, gradually recovering consumption momentum and resilient exports,” said Louis Kuijs at Oxford Economics.

Industrial output growth quickened to 5.6% in August from a year earlier, the fastest gain in eight months, data from the National Statistics Bureau showed on Tuesday. Analysts polled by Reuters had expected a 5.1% rise from 4.8% in July.

Consumer confidence has been picking up lately, from spending on automobiles and duty-free shopping.

Auto sales rose 11.8% in August from a year earlier while sales of telecoms products jumped 25.1% year-on-year, the data showed.

The decline in fixed-asset investment falling 0.3% in January-August from the same period last year, compared with a forecast 0.4% slide and a larger 1.6% decline in the first seven months of the year.

Private sector fixed-asset investment, which accounts for 60% of total investment, fell 2.8% in January-August, compared with a 5.7% decline in the first seven months of the year.

Recent economic indicators ranging from trade to producer prices and factory activity all suggested a further pick up in the industrial sector, and the broader economy.

Government stimulus has been a powerful domestic driver, while momentum has also been supported by Beijing’s largely successful efforts to get the virus under control.

“Fiscal and monetary policy stimulus should continue to support the recovery. But we expect the impact of policy stimulus to lose some punch with credit growth easing in Q4,” Oxford Economics’ Kuijs said.

Some analysts fear that the recovery could stall, hurt by rising tensions between Washington and Beijing, which many expect could escalate ahead of the U.S. presidential election in November.

Those fears were partially underscored by statistical bureau spokesman Fu Linghui, who told reporters during a briefing that the current economic recovery remains unbalanced given the still-fragile consumption and heightened external risks.

“Externally, there are still many unstable and uncertain factors. On the domestic side, in the process of economic recovery, some industries and enterprises are still facing difficulties, and the recovery is unbalanced,” Fu said.

China also is looking to reduce its reliance on overseas markets for its development as U.S. hostility and the pandemic increase external risks that could hamper longer-term progress.

Moreover, the possibility of another wave of local infections in the winter, and the continued rise in the number of COVID-19 cases across a number of countries, led by India and the United States, have many investors nervous about the outlook.