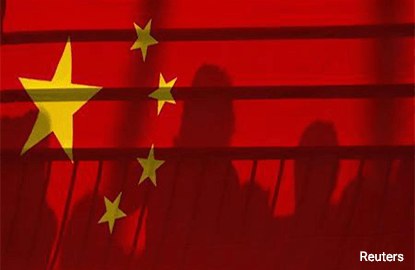 China has ratcheted up controls on money leaving the mainland since last year in an effort to bolster a weakening yuan and prevent capital flight as the pace of economic growth slows.

Future Mobility said it is in "close communication" with relevant parties, while a source with direct knowledge of the matter told Reuters that the company has been able to find ample funding from other investors.

Tencent and Foxconn did not respond to requests for comment outside of business hours.

The Tencent and Foxconn money currently sits in a China-based fund established before the tightening of capital controls and Future Mobility is working with lawyers to devise mulitiple options to "find a smart way" to complete the investment, the source said.

The source added that Foxconn and Tencent remain as backers despite the hiccup.

"We didn't (initially) find a way to get the funds to come from China to the company outside of China," the source said. "The money is there."

The new factory will eventually have capacity to produce 300,000 cars a year. The company did not give an indication of when it expects to reach that output but said that the first phase of the plant's construction will be completed by 2019.

After that initial phase, the factory should be able to produce 150,000 vehicles a year, it said.

China, struggling with high pollution levels in major cities, is aggressively pushing plug-in vehicles. Its carrot-and-stick approach combines heavy investment and research funding with subsidies, as well as regulations designed to discourage the driving of fossil-fueled cars in big cities.

Future Mobility said the first product it plans to produce is expected to be a pure-electric medium-sized smart SUV and that vehicles produced at Nanjing will be sold globally.