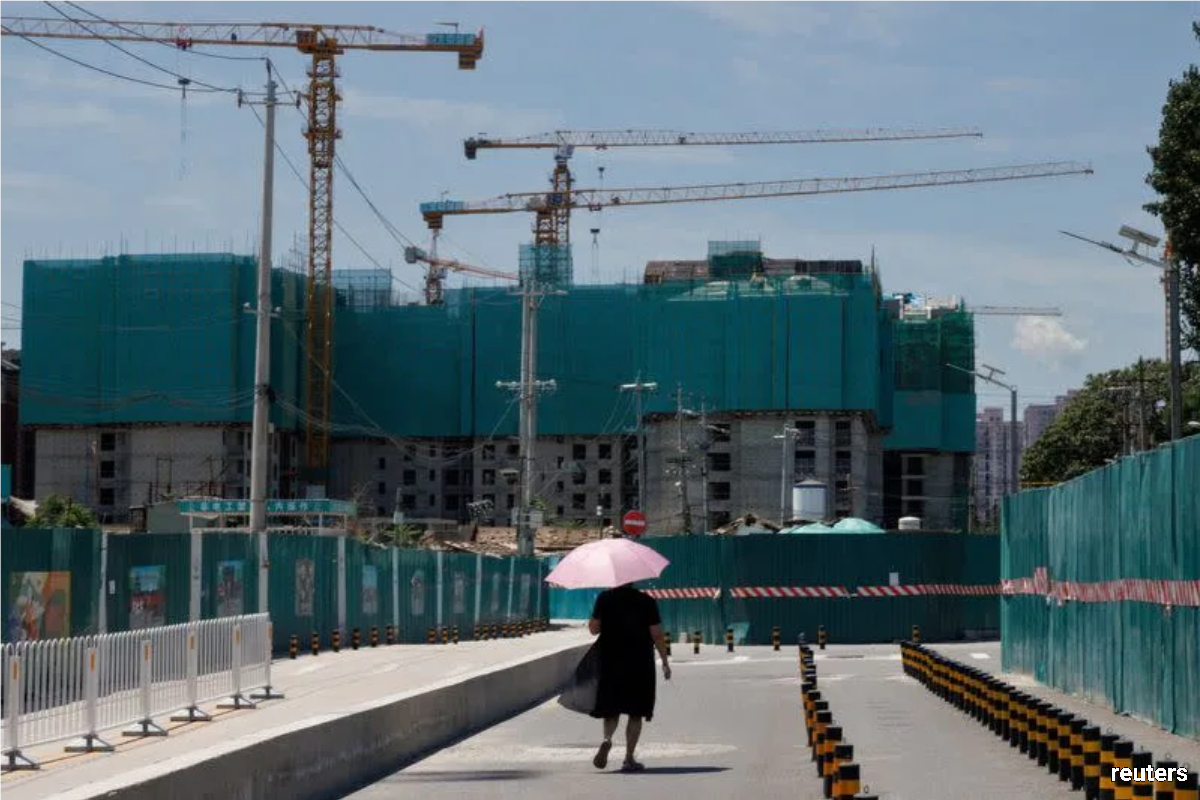 A woman walking near a construction site of apartment buildings in Beijing.

The three newly launched REITs, based on affordable rental properties, were each more than 100 times oversubscribed among institutional investors, managers said in filings. The REITs will raise a combined 3.8 billion yuan (US$56 million), based on Reuters' calculations, and the subscription periods ended early.

The rental property REIT launches come as Beijing steps up efforts to aid the real estate business, a sector that was a pillar of growth in the world's second-biggest economy over the last two decades but is now reeling amid debt piles, mortgage boycotts and sluggish sales.

China launched a public REITs market based on infrastructure projects about a year ago, but this week's launches mark the first time the REIT market has been tested for residential rental properties.

"The market is flush with liquidity hunting for assets that can generate stable returns," said Cai Hongfei, property analyst at Central Wealth Securities. "Rental property REITs are appealing as they have strong government policy support."

REITs produce stable yields for investors based on cash flows from a collection of properties or infrastructure assets.

China has also been encouraging development of its REITs market, which regulators hope can channel fresh capital into real estate and infrastructure and reduce leverage for companies and local governments.

China has been encouraging developers to build homes for rent as part of President Xi Jinping's vision for "Common Prosperity".

Although the rental properties bundled into this week's REIT launches were built by a number of government-backed rental housing developers, analyst expect the scope to broaden.

"The launch of residential REITs can expand financing channels of rental residential firms," Everbright Securities said in a report.