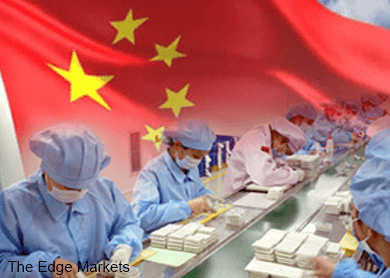 Economists polled by Reuters had expected China's gross domestic product (GDP)to rise 7.0 percent in January-March compared with a year ago.

In the last quarter of 2014, China's economy grew 7.3 percent on an annual basis.

On a quarterly basis, economic growth slowed to 1.3 percent between January and March after seasonal adjustments, the National Bureau of Statistics said on Wednesday, compared with growth of 1.5 percent in the previous three months.

Activity indicators for March were all weaker than expected.

Factory output climbed 5.6 percent in March from a year ago, below forecasts for a 6.9 percent gain.

Fixed-asset investment, a vital driver of the economy, rose 13.5 percent compared with the same month last year. Analysts had expected a rise of 13.8 percent.

The disappointing data supports analysts' predictions for China's economic growth to slide to 7 percent this year, the lowest in a quarter of a century.