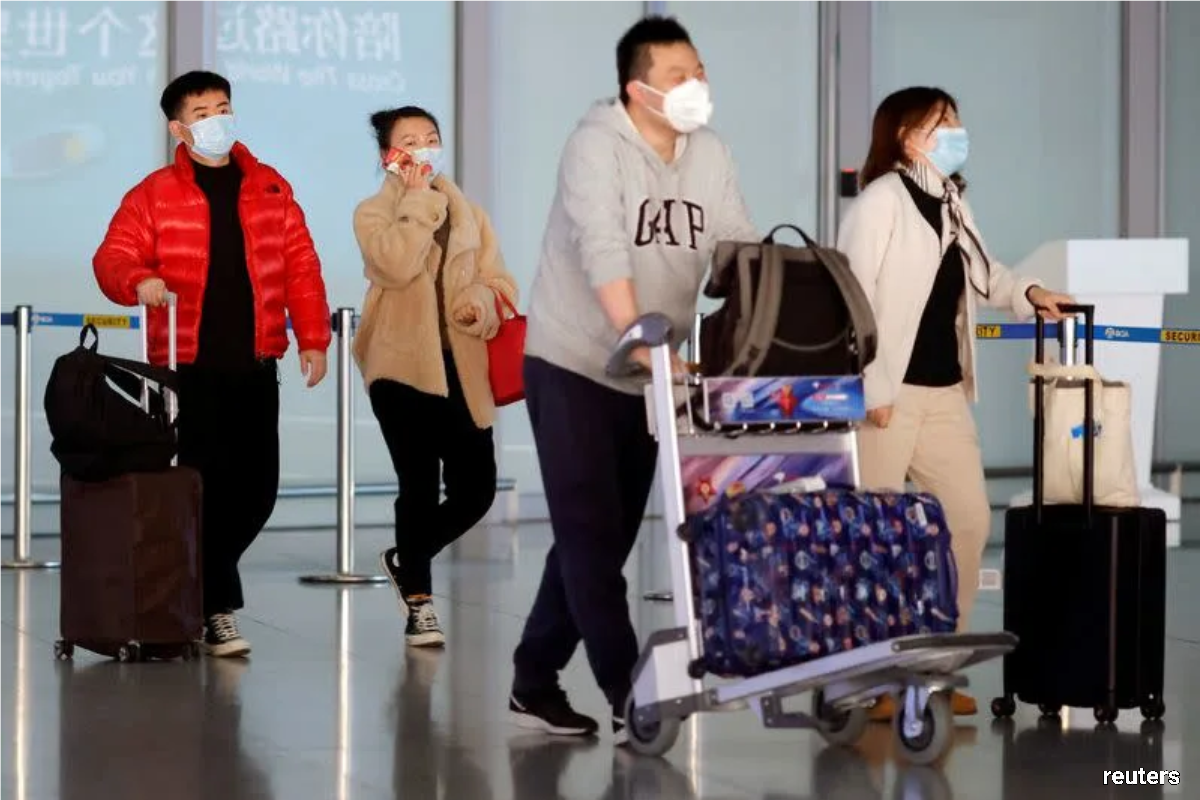 (Nov 17): An association of migration service providers in Beijing warned its members to clean up their practices as interest among Chinese citizens in going overseas surges amid a loosening of the country’s Covid restrictions.

All members should conduct business in strict accordance with local and national regulations, the Beijing Immigration and Exit-Entry Service Association said in a memo seen by Bloomberg News. Members shouldn’t do anything that could jeopardise the industry, said the association, which represents firms that help with emigration applications and provide visa, tax and legal advice for those looking to travel abroad.

If practices are discovered that violate regulations, it could precipitate government intervention. That’s a risk highlighted by the recent closure of several accounts on the Wechat social media platform because they were discussing how to avoid China’s capital controls to get money out of the country, according to two emigration consultants familiar with the matter who asked not to be identified.

While it’s unclear if the trade group was responding to any directives from the government, the memo noted that demand for cross-border exit-entry services had recovered after Covid rules were relaxed. It felt obliged to advise members to cope with the “new circumstances” and “new challenges.”

“We should all cherish the hard-won business environment and the market,” the group pleaded in the memo sent on Monday. The group wasn’t immediately available for comment when reached by Bloomberg News via phone.

Chinese authorities have been discouraging non-essential travel since late 2020, citing Covid prevention measures. While they haven’t explicitly tightened curbs on emigration, passport processing times have increased and shifting large sums of money out of the country has become harder, migration consultants and lawyers have said.

China faces a growing exodus of talent and wealth as strict pandemic controls and a year-long crackdown on the tech and property sectors prompt residents to consider options abroad. An estimated 10,000 high-net-worth residents are seeking to pull US$48 billion from China this year, the second-largest movement after Russia, according to Henley & Partners.

Potential outflows and travel are expected to rise after China earlier this month included a reduction in mandatory traveler quarantine and the removal of flight bans as part of a 20-point playbook aimed at making its Covid controls more targeted.

Emigration agencies have sprung up in recent years, partly aided by relaxed entry rules in 2018, with newcomers expanding wildly via online platforms and social media groups, the association said in the memo.

The Beijing-based emigration group, which has dozens of members including the nation’s largest agencies, said it issued the guidance to ensure members don’t run afoul of the rules. Agencies should abide by China’s Internet regulations and eradicate “irrelevant” discussions on social media platforms, according to the memo. Members are also prohibited from linking finance, foreign exchange and taxation issues with emigration matters.

Beijing has over the years tightened its scrutiny on online content that could be deemed harmful to the economy, making discussions about the weaker yuan and cross-border money transfers a taboo topic on social media.

“Any distorted interpretation of policies and far-fetched connection with our business is not only wrong but also noxious,” it said in the statement. “It’ll do more harm than good to the industry’s development.”