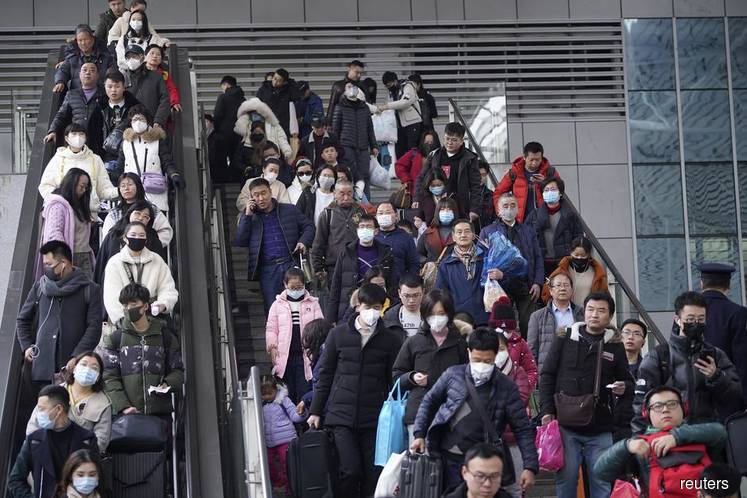 BANGKOK (Jan 23): Tourists leaving Bangkok for China said on Thursday they were worried about the spread of the Wuhan virus, ahead of more air and train travel in the lead-up to the Lunar New Year holidays.

China has placed Wuhan, a city of 11 million, on lockdown, as it is considered the epicentre of a new coronavirus outbreak that has killed 17 and infected nearly 600.

Thailand has so far confirmed four cases of coronavirus, the largest number outside China. Two of the cases were Chinese women who have since been allowed to return home. Chinese tourists make up the largest group of visitors to Thailand.

At Bangkok's Suvarnabhumi airport, masked visitors lined up as usual to check in for Southern China Airlines flights back to China.

AirAsia said on Thursday it has canceled direct flights between Wuhan and cities in Thailand and Malaysia until Jan 28.

Matt Thomas, who lives in the Chinese city of Xian, said he was worried about the new Chinese virus, especially because he once contracted swine flu which he described as "awful".

"I'm a bit worried that it will repeat. I have just got to be safe. In these sorts of situations, you know, take everything seriously, don't take any risks," Thomas said.

Chinese health officials fear the transmission rate will accelerate, as hundreds of millions of Chinese travel at home and abroad during week-long holidays for the Lunar New Year.

"I don't want the flight to Wuhan to be cancelled because those who are returning are not the ones who are infected, so they should return home to their families," said Chinese resident Yang Jiaming.