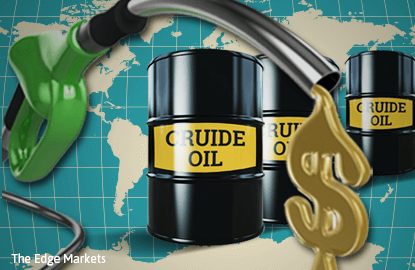 DAVOS, Switzerland (Jan 20): Oil executives and Middle East producers are concerned that trade tensions between the United States and China risk clouding the outlook for global energy demand growth and a recovery in the price of oil.

"It is not unique to our country to feel a certain level of anxiety (about tensions). But there is a lot of wisdom on both sides... I hope this anxiety will prove unfounded," Saudi Energy Minister Khalid al-Falih told Reuters.

"The two largest economies need to sort out their differences for the wellbeing of the global community," Falih, who represents the world's largest oil exporter, said on the sidelines of the World Economic Forum in Davos.

This view was echoed by oil executives gathered at the meeting of politicians and business leaders in the Swiss Alps.

Xi cautioned other countries against blindly pursuing their national interests, in an apparent reference to the "America first" policies of Donald Trump.

Trump, who will be inaugurated as US president on Friday, campaigned on a promise to confront China more aggressively on trade, including by levying new tariffs on goods from abroad.

China, the world's top goods exporter, is heavily dependent on free trade and would be hit hard by a new wave of protectionism and a broader backlash against globalization.

Beijing is also almost on par with the US as the world's top oil importer and any slowdown of the Chinese economy would badly hit global demand since Beijing has been the locomotive of the global oil consumption growth for the past decade.

"The rise of China should be the source of stability — not conflict," Saudi foreign minister Adel al-Jubeir told a panel at the WEF, which is effectively the world's largest gathering of oil executives and officials.

Besides promising tougher policies on China, Trump has also said that Washington should boost US energy independence from oil cartels such as OPEC.

Falih said that any attempt to introduce import tariffs on oil from abroad to support US crude producers would primarily hit a very strong US oil refining and chemical industry.

And when asked about the rising tensions, OPEC head Mohammed Barkindo said: "The world needs stability in order to restore robust economic growth and ensure this task is achieve through collaboration at all levels".