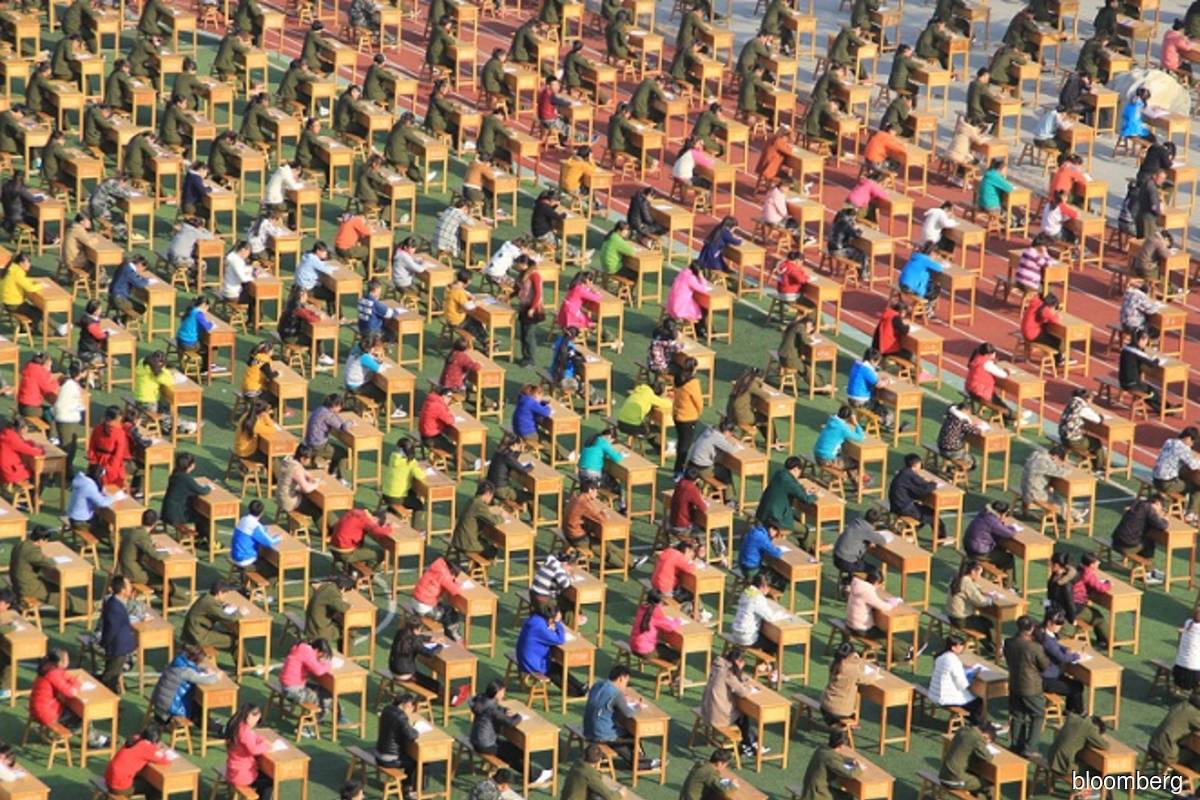 (July 26): A selloff in Chinese private education companies sent shock waves through the equity market Monday, as investors scrambled to price in the growing risks from an intensifying crackdown by Beijing on some of the nation’s industries.

Stocks slumped on the mainland and in Hong Kong, with the benchmark CSI 300 Index dropping 3.2% and the Hang Seng Index tumbling 4.1%, the most since May last year. Steep losses in education stocks in the wake of a sweeping overhaul spilled over into other areas, with technology, health-care and property-related stocks falling.

“I see panic selling in the market now as investors are pricing in a possibility that Beijing will tighten regulation on all sectors that have seen robust growth in recent years,” said Castor Pang, head of research at Core Pacific Yamaichi. “I don’t think investors can do any bottom fishing at this point. We don’t know where the bottom is.”

New Oriental Education & Technology Group Inc plunged by a record 47% in Hong Kong. It warned in a filing that the regulations will have a material adverse impact on the company. Koolearn Technology Holding Ltd. tumbled 33%, the biggest decliner on the Hang Seng Tech Index, which dropped 6.6%. China Maple Leaf Educational Systems Ltd fell 10%. The stocks also dropped in US premarket trading, with Tal Education and New Oriental both falling around 30%, adding to the losses suffered last week.

Chinese regulators on Saturday published reforms that will fundamentally alter the business model of private firms teaching the school curriculum, as Beijing aims to overhaul a sector it says has been “hijacked by capital.” The new regulations ban firms that teach school curriculums from making profits, raising capital or going public. Friday was already a bloodbath for the sector in both Hong Kong and the US, after a leaked document circulated on social media.

The “worst-case became a reality,” wrote JPMorgan Chase & Co analysts including DS Kim in a note, saying it was uncertain whether the companies could remain listed. “It’s unclear what level of restructuring the companies should undergo with a new regime and, in our view, this makes these stocks virtually un-investable.”

The latest reforms follow an unprecedented pace of regulatory tightening from Beijing, amid crackdowns on industries from tech to real estate. The government’s moves to rein in the nation’s powerful tech firms such as Jack Ma’s Ant Group Co and Didi Global Inc have sent global investors fleeing. A campaign to cut leverage in the property industry has also weighed on builder shares, with a Hong Kong gauge of related firms falling to its lowest since February.

Elsewhere, Meituan tanked 14% after China issued regulations to tighten oversight of its massive food delivery sector. Property management stocks also tumbled after Beijing vowed closer scrutiny of the sector, while healthcare shares plummeted amid investor concerns about it being the target. The Hang Seng China Enterprises Index, which include Hong Kong-listed mainland stocks, entered a bear market, after falling 24% from a February peak.

Mainland investors have been net selling Hong Kong shares via exchange links in the city for a sixth straight day, the longest streak since May 2019, according to Bloomberg-compiled data.

In the latest move, companies that teach school subjects can no longer accept overseas investment, which could include capital from the offshore registered entities of Chinese firms, according to a notice released by the State Council. Those now in violation of that rule must take steps to rectify the situation, the country’s most powerful administrative authority said, without elaborating.

“Curriculum tutoring firms should remodel their businesses or even switch to a different industry as soon as possible,” said Jiang Ya, an analyst with Citic Securities Ltd. “These measures are just the beginning and there is potentially an abundance of follow-up policies and continued tight regulation.”