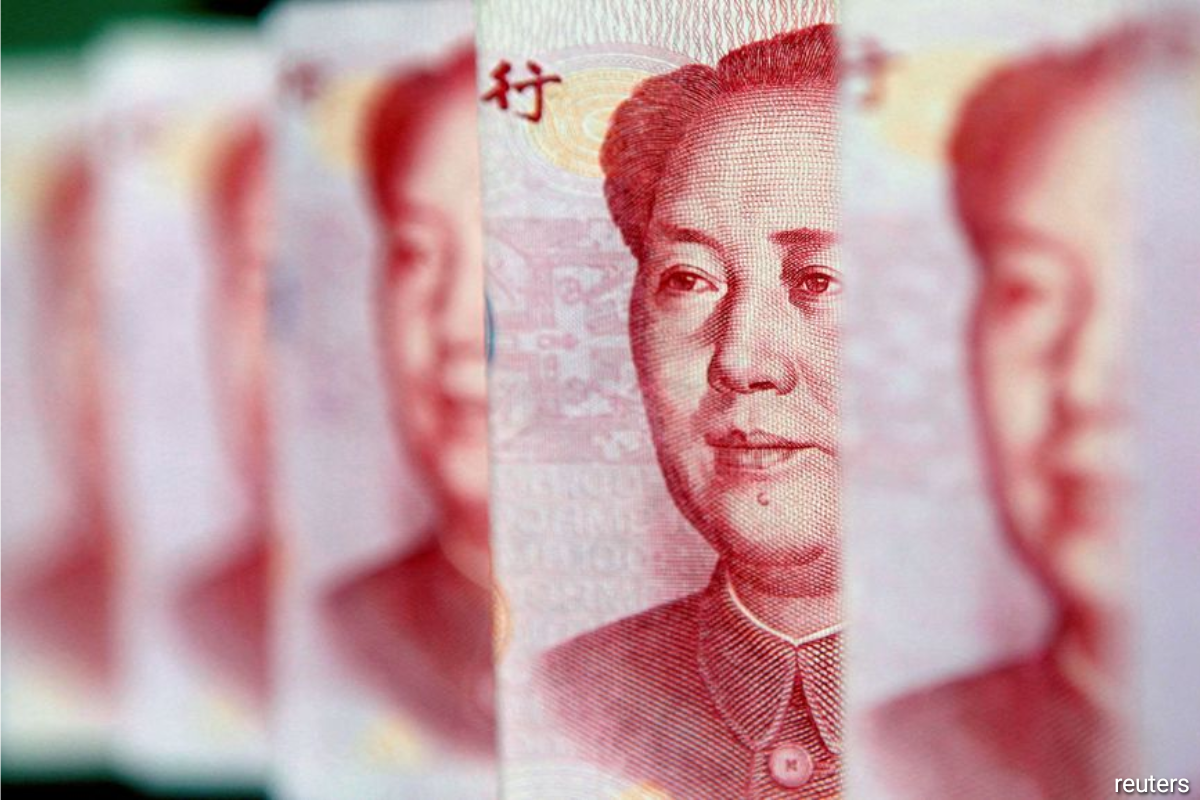 BEIJING (Jan 12): New bank lending in China fell more than expected in December from the previous month, but lending for the full year of 2021 set a recordas the central bank slowly ramps up policy support to cushion the slowing economy.

Chinese banks extended 1.13 trillion yuan ($177.56 billion) in new yuan loans in December, down from 1.27 trillion yuan in November and falling short of analysts' expectations, according to data released by the People's Bank of China (PBOC) on Wednesday.

Analysts polled by Reuters had predicted new yuan loans would fall to 1.25 trillion yuan in December. The tally was also lower than 1.27 trillion yuan a year earlier.

But new bank lending hit a record 19.95 trillion yuan for the year, up 1.6% from 19.63 trillion yuan in 2020 -- the previous record -- and equivalent to more than the gross domestic product of the United Kingdom.

December credit data was slightly weaker than expected, but financing for the real economy has been improving," said Luo Yunfeng, an analyst at Merchants Securities.

China's economy got off to a strong start in 2021 as activity continued to rebound from a pandemic-induced slump the previous year, but it has lost steam in recent months due to a property market downturn, curbs on industrial pollution and strict COVID-19 curbs which have hit consumer confidence and spending.

To shore up flagging growth, the central bank cut the reserve requirement ratio (RRR) for banks on Dec. 15, its second such move in 2021, releasing 1.2 trillion yuan in long-term liquidity to bolster business activity.

The central bank also cut the rates on its relending facility by 25 basis points (bps) to support the rural sector and small firms.

Most analysts expect further cuts in the RRR this year, with some also pencilling in modest cuts in policy rates if activity continues to cool. More aggressive rate cuts are not expected, however, especially as the U.S. Federal Reserve looks ready to start raising its rates soon, which could lead to capital outflows from emerging markets.

Still, the property downturn is expected to continue into the first half of this year, with the recent local spread of the highly-contagious Omicron variant posing a fresh challenge.

China will continue to implement proactive fiscal policy and prudent monetary policy in 2022. It will keep economic operations within a reasonable range in 2022, said the Politburo, the country's top-decision making body.

"Debt to GDP was aggressively reduced by 10% points in 2021, but with growth decelerating to below policymakers' comfort

zone, policy makers have clearly pivoted to an outright easing mode," analysts at Morgan Stanley said in a note earlier this week.

Other China watchers said there were signs in the latest data that the softening credit cycle may be turning.

Broad M2 money supply grew 9.0% from a year earlier, central bank data showed, a nine-month high and above estimates of 8.7% forecast in the Reuters poll. M2 grew 8.5% in November from a year ago.

Outstanding yuan loans grew 11.6% in December from a year earlier - the slowest expansion since May 2002 - compared with 11.7% growth in November. Analysts had expected 11.7%.

But growth of outstanding total social financing (TSF), a broad measure of credit and liquidity in the economy, quickened to 10.3% in December from a year earlier and from 10.1% in November.

"Broad credit growth picked up again in December amid increased policy support. We think lending will continue to rebound in the coming months although officials are likely to prevent a sharp jump," Capital Economics said in a note.

"Credit growth will probably continue to edge up in the coming months given intensifying efforts to push down borrowing costs and boost lending. That said, policymakers still appear keen to balance their desire to soften the economic downturn with their concerns over high debt levels."