China maintains tariffs must be reduced for phase one trade deal with U.S. 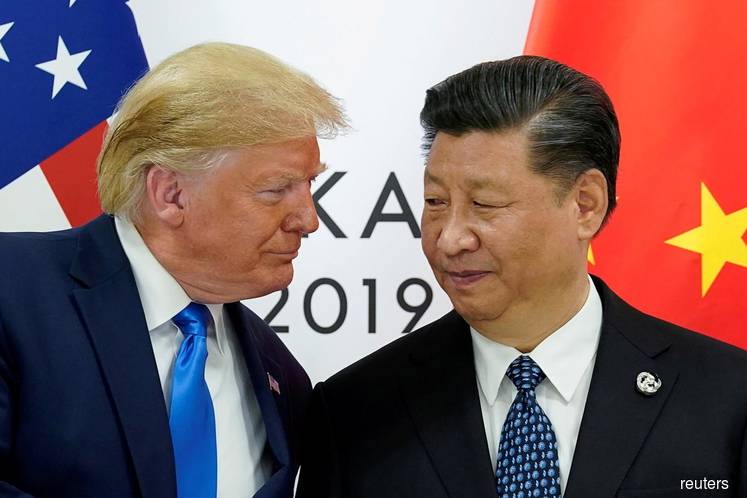 BEIJING (Dec 5): Tariffs must be cut if China and the United States are to reach an interim agreement on trade, the Chinese commerce ministry said on Thursday, sticking to its stance that some U.S. tariffs must be rolled back for a phase one deal.

"The Chinese side believes that if the two sides reach a phase one deal, tariffs should be lowered accordingly," ministry spokesman Gao Feng told reporters, adding that both sides were maintaining close communication.

Completion of a phase one deal between the world's two biggest economies had been initially expected in November, ahead of a new round of U.S. tariffs set to kick in on Dec. 15, covering about US$156 billion of Chinese imports.

Trade delegations on both sides remained locked in discussions over "core issues of concern," with rising bilateral tensions over non-trade issues such as the protests in Hong Kong and Beijing's treatment of its Uighur Muslim minority clouding prospects for a near-term deal to end a trade war.

China warned on Wednesday that U.S. legislation calling for a tougher response to Beijing's treatment of Uighurs in the western Chinese region of Xinjiang will affect bilateral cooperation.

But "there is no need to panic," as talks did not stop, a Chinese source who advises Beijing on the trade talks told Reuters on Wednesday.

"Both leaders have talked about reaching a deal, and officials are now finishing the work," said the source, who thought it unlikely China would retaliate against U.S. legislation by releasing its so-called "unreliable entities list" aimed at punishing firms deemed harmful to Chinese interests.

When asked if China would release the list this year, Gao said he had no further information to reveal at present.

Beijing may hold back from publishing the list until the trade situation with the United States is at its most tense, a Chinese government source told Reuters in October.

On Wednesday, Trump said trade talks with China were going "very well," sounding more positive than his remarks the previous day that a deal might have to wait until after the 2020 U.S. presidential election.

On Nov 7, Gao said China and the United States must simultaneously cancel some existing tariffs on each other's goods for both sides to reach a phase one trade deal, but how much tariffs should be cancelled could be negotiated.

Washington imposed additional 15% tariffs on about US$125 billion worth of Chinese goods on Sept 1, on top of the additional 25% tariffs levied on an earlier US$250 billion list of industrial and consumer goods.

U.S. President Donald Trump and Lighthizer recognise that rolling back tariffs for a pact that fails to tackle core intellectual property and technology transfer issues will not be seen as a good deal for the United States, a person briefed on the matter told Reuters late last month.