China lowers toll to 1,380 due to double-counting 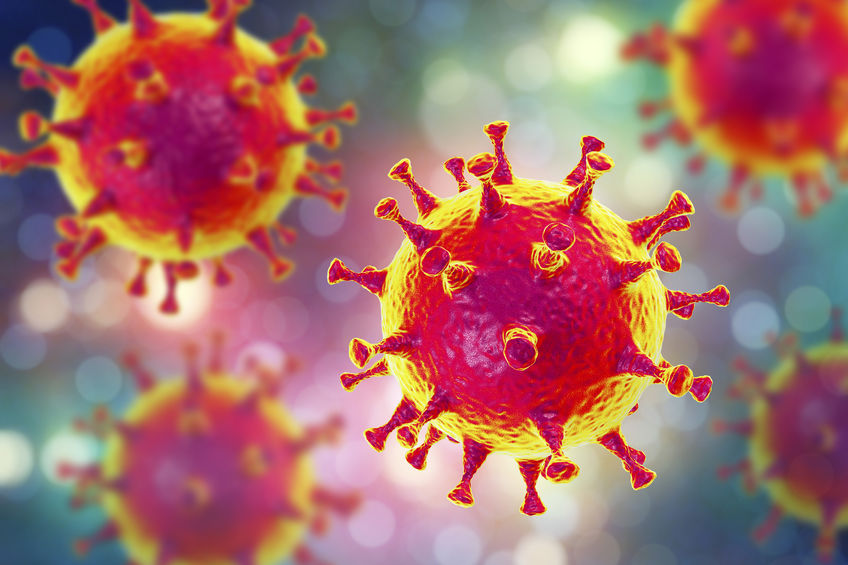 MINNEAPOLIS (Feb 14): China’s Hubei province reported 4,823 additional coronavirus cases, confirming that the nearly 15,000 reported a day earlier was a one-off situation due to a new method for counting infections.

The latest figure is still roughly double what the province was reporting daily before the new method was used, and sets a new benchmark to measure the outbreak. The death toll in China was at 1,380, lowered by more than 100 to account for some double-counting, while total cases topped 63,000.

US officials escalated criticism of China’s response to the coronavirus outbreak. Cities in Hubei need to ramp up their efforts to control the disease, according to Chinese officials, while Alibaba warned the epidemic is having a broad impact on the Chinese economy.

Hubei cities need to step up measures: Officials (9:41am HK)

Cities in the Chinese province of Hubei with a large number of coronavirus infections need to step up quarantine and medical treatment measures, according to a group of top officials fighting the outbreak.

Cities including Xiaogan and Huanggang need to elevate their response to the same level as those adopted by Wuhan, the city in Hubei at the center of the virus outbreak, the group, which was established on Jan. 25 under the Politburo’s management, said at a meeting.

China is taking renewed action to gain control of the spiraling outbreak gripping the country after growing criticism to the response. On Thursday, authorities announced the replacement of the two most senior Communist Party officials in Hubei and its hard-hit capital, Wuhan.

President Xi Jinping has ordered “all-out” efforts to contain the disease and forcibly quarantined more than 40 million people in Hubei, while the party appointed a task force led by Premier Li Keqiang to coordinate the nationwide response.

Hubei, the Chinese province at the epicenter of the coronavirus outbreak, reported 4,823 additional confirmed cases for Feb 13, according to a statement from Hubei’s health commission.

Among the new cases, 3,095 were diagnosed using CT scans — the new testing method — while the rest were confirmed with the traditional diagnostic process that uses nucleic acid tests.

Hubei also reported 116 additional deaths, including eight from clinical diagnosis. That brings the total fatalities in China to at least 1,483. There have been three deaths reported outside of mainland China: in Hong Kong and the Philippines, and one fatality reported in Japan on Thursday.

The province said 690 patients were discharged within the 24-hour period.

Toy production will be delayed in the first quarter because of the coronavirus, Mattel Inc. executives said on a conference call.

While Mattel has no manufacturing in Wuhan, the city at the center of the epidemic, Chinese government guidelines are affecting the availability of a manufacturing work force elsewhere. Mattel’s factories were scheduled to restart Feb 3, but now production won’t resume until Feb 17.

Royal Caribbean Cruises Ltd has canceled 18 sailings and rejiggered itineraries in response to the coronavirus outbreak, putting a crimp on the cruise company’s 2020 profit.

The upheaval will reduce earnings by 65 cents a share this year, Royal Caribbean said. And if the company has to cancel its remaining departures in Asia through the end of April — something it’s not currently planning to do — it would lop an additional 55 cents off its outlook.

Australia’s decision to ban people from entering the country from mainland China until at least Feb. 22 due to the coronavirus outbreak is causing renewed friction with its largest trading partner.

After Prime Minister Scott Morrison on Thursday announced the restriction, originally due to expire on Saturday, would be in place for at least an extra week, the Chinese Embassy in Canberra issued a statement expressing its “deep regret and dissatisfaction.”

“Only Australia and a small number of countries have taken such extreme measures which are overreaction indeed,” it said.

The White House’s top economic adviser heightened US criticism of China’s response to the coronavirus outbreak, echoing ongoing doubts about the accuracy of counts of new cases and deaths.

“We thought there was better transparency coming out of China, but it doesn’t appear to be,” Larry Kudlow, director of the National Economic Council, told reporters at the White House Thursday.

Kudlow said the U.S. was disappointed that American health experts still hadn’t been allowed in, and questioned the details behind the more than 13,000 cases China added to its total Thursday.

“We don’t know if it’s contained in China. We thought they were tailing off in their headcount. It turns out that might not be the case,” Kudlow said. “On this particular matter, we are quite disappointed in China’s response.“

China is considering whether it will postpone its national political meeting that is slated for March 5, the Japanese news organization Kyodo reported, citing unidentified sources close to the matter.

The National People’s Congress gathering is China’s biggest annual political event, and any delay would be the first in decades.

China’s economic targets for the year are usually published after the meeting. A final decision will be made based on when the coronavirus spread reaches its peak, Kyodo said.

The Trump administration isn’t confident in the information coming out of China about the coronavirus, according to reports from Fox News and CNBC citing anonymous administration sources.

Current counts from China put the number of cases of the new coronavirus at about 60,000, as of Thursday morning. Estimates by outside experts have for several weeks now suggested far higher figures that China’s numbers, and hospitals and health workers at the center of the outbreak in the province of Hubei have been overwhelmed.

In public, Trump has repeatedly praised the Chinese government’s response.

The US has offered to send health experts to the front lines of the outbreak, as part of a World Health Organization-led delegation to study the coronavirus and the illness it causes. US officials have said those offers have been ignored so far, and the WHO declined to comment Thursday on whether Americans would be included.

WHO says added group of cases date back days, weeks (10:45am NY)

“Most of these cases relate to a period going back over days and weeks, in some cases back to beginning out of the outbreak itself,” said Mike Ryan, executive director of the WHO Health Emergencies Programme. “This increase you’ve seen in the last 24 hours is largely down to how cases are being diagnosed and reported.”

Early Thursday morning, authorities in Hubei province, where the outbreak is centered, said they could count cases diagnosed through clinical symptoms such as a cough, and a chest scan showing signs of pneumonia. The new criteria allow cases to be added without a positive diagnostic test.

Alibaba warns of impact on Chinese economy (9:53am NY)

Alibaba Group Holding Ltd, the Chinese e-commerce giant, warned that the coronavirus is exerting a fundamental impact on the country’s consumers and merchants, and will hurt its revenue growth in the current quarter.

Alibaba, the first major Chinese technology corporation to report results since the epidemic emerged in January, said the virus is undermining production because many workers can’t get to or perform their jobs. It’s also changed buying patterns with consumers pulling back on discretionary spending, including travel and restaurants.