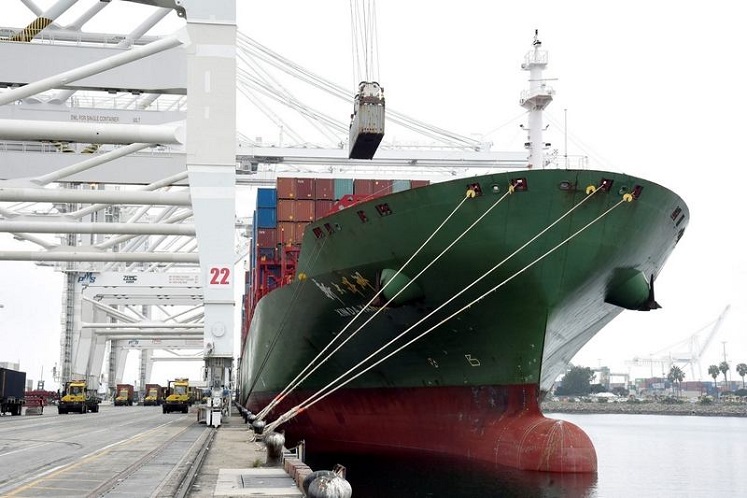 TOKYO/BEIJING/SINGAPORE (June 1): Chinese government officials told major state-run agricultural companies to pause purchases of some American farm goods including soybeans as Beijing evaluates the ongoing escalation of tensions with the US over Hong Kong, according to people familiar with the situation.

The halt is the latest sign that the hard won phase-one trade deal between the world’s two biggest economies is in jeopardy. While Chinese Premier Li Keqiang last month reiterated a pledge to implement the agreement that was inked in January, tensions have continued to escalate since then amid a stand-off over Beijing’s move to tighten its grip on Hong Kong.

Beijing’s move eroded the risk-on sentiment that had been prevailing over markets. S&P 500 Index futures gave up gains to trade 0.6% lower, while US 10-year bonds erased declines. The onshore yuan reversed its advance, while soybean futures in Chicago, which had been as much as 1% higher, were little changed.

Hong Kong
The measures to halt imports come after US President Donald Trump last Friday lobbed a barrage of criticism at Beijing after it moved to impose controversial new national security legislation on Hong Kong. Critics say it will crack down on dissent and undermine the “one country, two systems” principle that has kept Hong Kong autonomous of the mainland since the 1997 handover from the British.

Cofco and Sinograin are China’s key importers of farm goods. They had been making pricing inquiries for 20 to 30 cargoes of US soybeans last Friday but held off on going through with purchases after Trump indicated he would punish Chinese officials, one of the people said. Beijing is waiting to see what steps Trump takes before deciding its next move, one of the people said.

Nobody from the Commerce Ministry responded to a fax seeking comment. Officials from Sinograin and Cofco also didn’t respond to calls.

Trump's threats
Trump said the US would begin the process of stripping some of Hong Kong’s privileged trade status, without detailing how many changes would take effect and how many exemptions would apply. He also promised sanctions against Chinese and Hong Kong officials “directly or indirectly involved” in eroding Hong Kong’s autonomy, though stopped short of giving specifics.

Equity investors had reacted positively to Trump’s remarks, as he didn’t provide any details or time-frame for what actions might come next. It’s unclear how soon the US would move on a range of options, from sanctioning Chinese officials to imposing tariffs on Hong Kong to attacking the territory’s financial stability.

While Trump has periodically threatened to call off the “phase one” trade deal, his top economic advisers have suggested it would continue. Larry Kudlow, a director of the National Economic Council, told CNBC last Thursday that the trade agreement “does continue to go on for the moment and we may be making progress there”.

The two sides have traded blows over a range of issues from Covid-19 to Taiwan in recent weeks, and China’s Foreign Minister Wang Yi warned during high-profile legislative meetings in Beijing that some in America were pushing relations to a “new Cold War”, and urged the US to give up its “wishful thinking” of changing China.

China had agreed to buy US farm goods worth about US$36.5 billion (RM157.46 billion) for 2020 as part of the phase-one trade deal signed in January. However, the Covid-19 outbreak roiled those plans, with China only managing to import US$3.35 billion in American agricultural products in the first three months of the year, the lowest for that period since 2007, according to data from the US Department of Agriculture.

Still, as China started to gradually reopen its economy from the virus-led lockdown, it had increased its pace of imports, including a more-than-one-million-ton cargo of American soybeans in just two weeks in May, and rare purchases of US soybean oil and ethanol.

But then tensions between the US and China began escalating, with Trump blaming the Asian nation for misleading the world about the scale and risk of the Covid-19 outbreak. The fallout filtered through to commodity markets, with China opting to buy Brazilian soy instead of American beans.