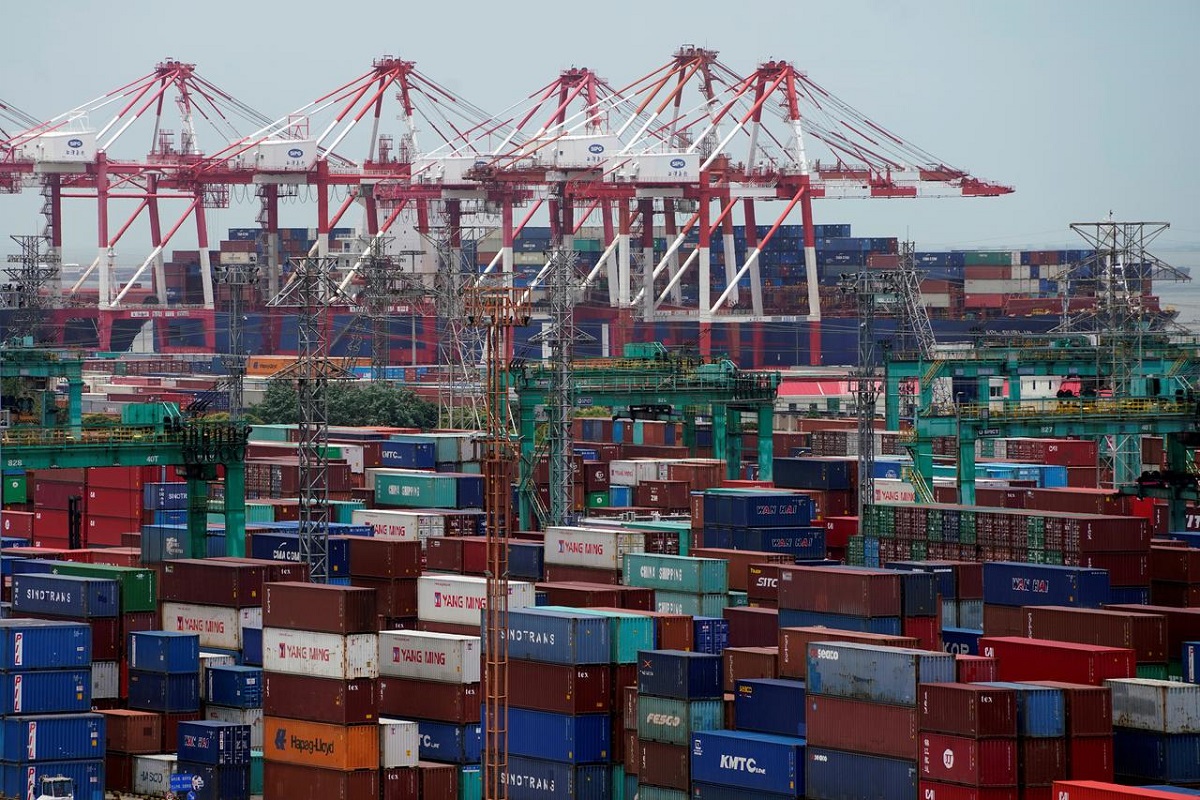 China's exports rose sharply in March while imports growth surged to the highest in four years in yet another boost to the nation's economic recovery, signalling improving global demand amid progress in worldwide Covid-19 vaccination.

BEIJING (April 13): China's exports rose sharply in March while imports growth surged to the highest in four years in yet another boost to the nation's economic recovery, signalling improving global demand amid progress in worldwide Covid-19 vaccination.

The data suggests the world's second largest economy will continue to gather momentum as it emerges from the Covid-19-led slump in early 2020, though a lagging consumer rebound, a resurgence in Covid-19 cases in many countries, and Sino-US tensions have raised risks for the outlook.

Exports in dollar terms soared 30.6% in March from a year earlier, but at a slower pace from a record 154.9% growth in February. The analysts polled by Reuters have forecast a 35.5% jump in shipments.

"Strong foreign demand is likely to be sustained throughout the second quarter as the global economy further recovers," said Nie Wen, an economist at Hwabao Trust.

"But with the acceleration in global vaccination efforts, industrial sectors in other countries are gradually restarting. It remains to be seen that if China's stellar export growth will begin to slide."

Despite sporadic Covid-19 cases in China's border cities, authorities have been able to largely contain the virus in a boost to the lagging consumer recovery.

Beijing managed to largely bring the Covid-19 pandemic under control much earlier than many countries thanks to stringent anti-virus curbs and lockdowns at the initial phase of the outbreak last year.

Asian stock markets were broadly positive after the data, with strong imports giving investors confidence that domestic demand is improving as part of the recovery from the pandemic.

China posted a trade surplus of US$13.8 billion last month, versus analysts expectations for the surplus to rise to US$52.05 billion from US$37.88 billion in February.

However, many analysts believe exports could lose some momentum in the short term and the advantages of orders transferred from other countries due to coronavirus-related disruptions will begin to abate.

Li Kuiwen, customs spokesman, said that overall trade growth in the second quarter could show the pace slowing due to a higher base comparison in the year-ago period when a jump in pent-up demand boosted the headline figures.

The resurgent Covid-19 infections abroad and constraints in global trade have left some companies grappling with prolonged delivery timeframes and surging prices of raw materials.

Makers of cars and electronic devices from televisions to smartphones are sounding alarm bells about a global shortage of chips, which is causing manufacturing delays as consumer demand bounces back from the coronavirus crisis.

Meng Xianglong, founder of Heji Trade & Credit Research Centre based in the port city of Ningbo, believes the recent surging commodity prices have already deterred some exporters from taking on orders, especially those small firms, in signs of the weaknesses to come for the next couple of months.

"Factories are now facing a squeeze in profits. Even though today's data are robust, they're suffering from pains in reality."

China's gross domestic product expanded 2.3% last year, the only major economy to post growth in 2020, underpinned by solid demand for goods such as medical and work-from-home equipment.

Still, the massive initial hit from the Covid-19 crisis meant China's growth in 2020 was still its weakest in 44 years.

This year, China has set a modest growth target of at least 6%, as authorities plotted a careful course out of a year disrupted by Covid-19 and amid heightened tensions with the United States.

President Joe Biden said last month that US was not seeking confrontation with China over differences on trade.

China's trade surplus with the United States slipped to US$21.37 billion in March from a US$23.01 billion in February.