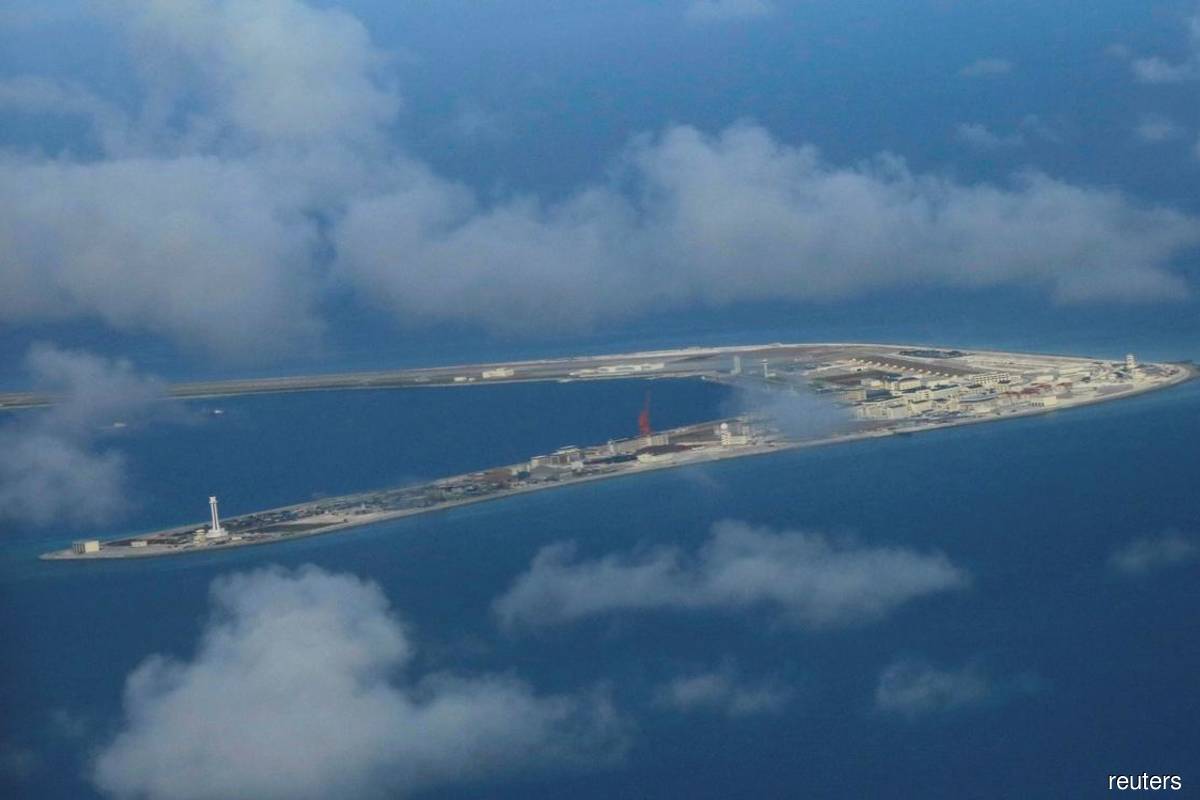 A Reuters filepix of a China-occupied area at Spratly Island, called Subi Reef, at South China Sea in April 2017 for illustration purpose only.

BEIJING (April 8): China has drilled deep in the South China Sea to retrieve sediment core from the seabed, state media reported on Thursday, amid tensions over disputed waters with rival claimants Taiwan and the Philippines, as well as with the United States.

The system can help explore natural gas hydrate resources in the seabed, Xinhua added, referring to the solid ice-like crystals formed from a mixture of methane and water that are touted as a promising source of energy.

It was unclear exactly where the drilling took place in the South China Sea, around 90% of which is claimed by Beijing as its territorial waters. Malaysia, the Philippines, Taiwan, Vietnam and Brunei also lay claim to parts of the sea, which has vast oil and gas potential.

Tensions in the region have escalated since a US Navy strike group entered the South China Sea on Sunday (April 4). That came after the president of the Philippines, a US ally, voiced concern about Chinese vessels massing in Manila's 200-mile (320-km) exclusive economic zone.

Self-ruled Taiwan, which China also claims as its own territory, has threatened to shoot down Chinese drones spotted circling the Taipei-controlled Pratas Islands in the South China Sea.