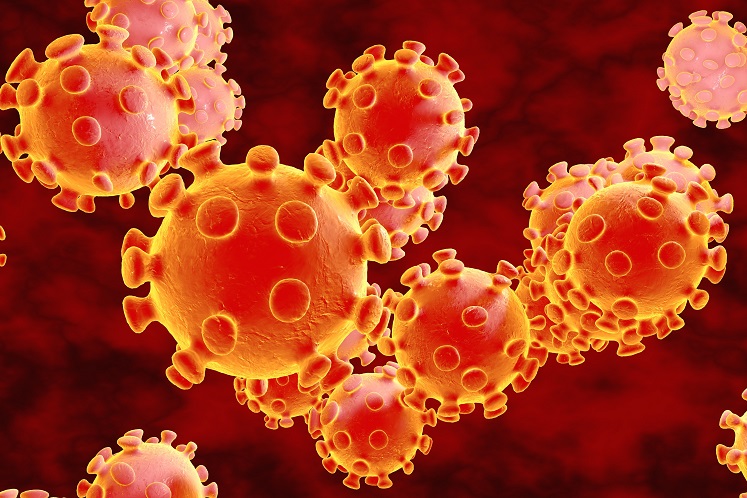 BEIJING (Feb 13): Coronavirus cases in the Chinese province at the center of the outbreak surged by 45% to nearly 50,000, after authorities added a new group of patients diagnosed by a different method, raising questions over the true scale of a crisis that appeared in recent days to be coming under control.

The change will raise the number of those infected globally by a third to almost 60,000, dashing hope that the epidemic was showing signs of easing.

In a statement on Thursday morning, the Hubei national health commission said it would now start including cases confirmed by “clinical diagnosis,” which refers to using CT imaging scans to diagnose patients, alongside those confirmed by the previous method of nucleic acid testing kits.

Previously, many patients with pneumonia-like symptoms found via CT scans could not be diagnosed as positive without an additional nucleic acid test.

The abrupt spike reversed the declining growth trend of previous days. US stock futures retreated along with the offshore yuan, and the yen gained.

“The capacity to do the laboratory testing is limited in some way, and we have heard anecdotally that they’ve had to use CT scans to diagnose probable or suspected cases without testing.” said Raina MacIntyre, professor of global biosecurity at the University of New South Wales. “So I think it’s a more complete way of counting the cases.”

The change in method will renew concern over the adequacy and reliability of the tests currently used to identify stricken patients globally, and raise questions over the true scale of the outbreak that has now affected over 40,000 and killed over 1,000 people. The spike in number — and the implication that thousands of cases had previously not been disclosed by Hubei province — will likely intensify public anger against the government’s handling of the crisis.

The traditional nucleic acid test identifies the virus in a patient’s body through its specific genetic sequence, but reports of a severe lack of test kits and the unreliability of test results have circulated since the start of the crisis.

In Hubei province’s Wuhan city, where the outbreak originated, people with symptoms like fever and coughing wait for hours in line to get tested. But those who test negative were usually turned away from hospital, although tests were known to throw up false negatives.

“A patient may be found as negative for the first or second test, and then found to be positive the third time,” said Jonathan Yu, a doctor at a university hospital in Wuhan, in an interview last month. “It is like fishing in a pond: You did not catch a fish once, but that does not mean the pond does not have fish.”

The issue has cropped up outside China as well. On Wednesday, the US Centers for Disease Control and Prevention said that test kits shipped to labs across the country and around the world last week have had problems detecting the virus.

In an update to its treatment guidelines on Feb 5, China’s National Health Commission added the category of “clinically diagnosed cases” in recognition of a shortage of nucleic acid tests. But Hubei province did not include this category in its case count until Thursday, a week later.

A spokesman at the National Health Commission said it’s unknown why Hubei only started reporting the clinically diagnosed case number today, even though doctors should have started diagnosing patients using CT scan images shortly after the update was released on Feb 5.

In its Thursday statement, Hubei said that the reason for the counting change is to ensure patients receive standard treatment early on. It is unclear if the 13,332 cases it added in the “clinically diagnosed” category were just from a single day of CT scans, or a longer time period.

Both local and central government officials have been accused of delaying news of the new virus in the early days of the epidemic and eight local doctors who tried to ring the alarm were reprimanded by local authorities, only to be later vindicated by the country’s Supreme Court.