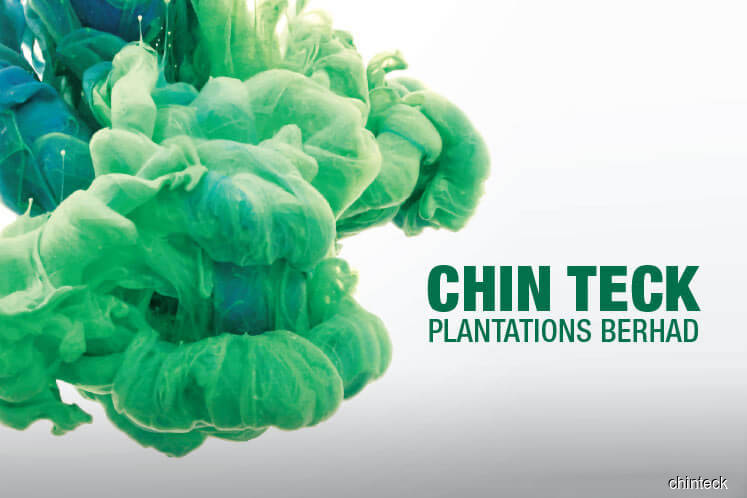 KUALA LUMPUR (July 31): Shares of Chin Teck Plantations Bhd were up as much as 4.83% today, after the company declared special and interim dividends.

The company said the dividends will be paid to shareholders on Aug 30. Chin Teck said the declaration of special dividend is to commemorate the 60th anniversary of the company.

Chin Teck announced that its net profit for the third financial quarter ended May 31, 2018 (3QFY18) jumped 3.75 times to RM24.2 million from RM6.45 million a year ago, on higher sales volume of its fresh fruit bunches, crude palm oil and palm kernel, amid lower average selling prices.