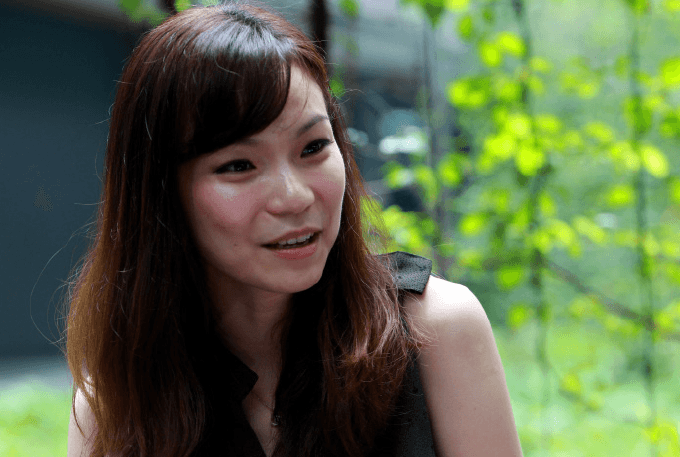 THE beauty of childhood is often the endless range of superheroes and fairy-tale heroines that stirs our imaginations. For Rachel Tan, however, her imagination has always flowed through the songs that surrounded her favourite childhood characters.

The first silver screen heroine she became enthralled with was Maria from The Sound of Music, and this weekend, the soprano songstress will be opening her showcase with a medley of pieces from the iconic film.

Entitled Heroine, Princess & Sweethearts, the event includes an enchanting list of solos from popular musicals that also include My Fair Lady, Mamma Mia! and Les Miserables, as well as timeless Disney classics from the likes of Mulan, Pocahontas and even Frozen.

“It took me a while to think of a theme for this show,” confessed Tan, who chose 14 songs — a mix of those she’s performed before and some yet-to-be attempted songs that she personally loves. “They all happened to be female characters and I saw that it had heroines and princesses, plus an innocent, sweet quality to most of them, so sweethearts it is,” she added.

Naming Pocahontas her favourite heroine, Tan said she is excited to be able to perform two songs from the first Disney cassette she ever owned, as she laughed in recollection of how it broke after being overplayed.

Reminiscing on memories such as these, Tan expressed that it’s exactly what she hopes her audience would also experience at the show. “I won’t be dressed in character for each song, but I hope the audience can relate in their own way to the songs, to go back to their own memories of when these songs came about,” she said.

The 32-year old songstress will also be sharing her own stories during the showcase, which will be held at the intimate Theatre Lounge Café in Plaza Damas 3.

A self-confessed sentimental soul, Tan said, “Any song sung without imagination or emotion will be very dull,” something Heroine, Princess & Sweethearts will not lack, if judged from her expressive demeanour and contagious sense of adventure.

Much like the heroines and princesses that she’ll be channelling through song, Tan knows a thing or two about following one’s heart. Despite a natural gift that led her to take to the stage as early as the age of three — where she performed a solo in her church in Taiping, Perak — Tan’s exposure to performing while growing up was mainly in the church choir.

After obtaining a diploma in mass communications, however, the lure of music proved too strong. “I enjoyed the course, but I thought about what I would be doing 10 years down the road,” said Tan, “I envisioned myself in a broadcasting studio, slogging away day and night. I would still enjoy it, but how about another 10 years on?”

At that thought, she decided that music would take her much further, especially with her love of teaching. “Even when I reach my sixties, I can still teach and share. My experience will be even more valuable then,” she went on.

The UCSI University graduate, who also completed her Masters of Music at the Birmingham Conservatoire, UK, now lectures full time at UiTM while also tutoring at her alma mater, USCI. It was in her third year there that her piano teacher, Geneviene Wong, recommended her to audition for a new musical.

The award-winning local musical, Broken Bridges, became the classically trained singer’s first taste of musical theatre. She can’t seem to get enough since then. “It was my first audition and experience… from then I realised I can actually achieve something in the genre of musical theatre,” said Tan.

Despite its reputation as a “frivolous” genre, Tan is not embarrassed to admit that she “belongs” in the musical genre. “It’s fun working with so many different people and play so many different characters. Just so rewarding!” she said unabashedly.

In 2008, the soprano with a lilting voice took the top spot in DAMA Orchestra’s National Singing Competition. Since then, Tan has been in most of the company’s productions, including the hugely successful Empress Wu. She counts it one of her most memorable stage moments.

A regular performer at DAMA’s Theatre Lounge Café, the songstress challenged herself to two “oldies” tribute to Teresa Teng last year. With Heroine, Princess & Sweethearts, it will mark her new challenge for the year.

“It’s a new genre and is a purely English show. Definitely not my comfort zone,” said Tan candidly. Accompanied by pianist Wong Shen Vee and a surprise male guest singer, one can nevertheless expect a fun evening of entertainment.

As much as she loves a challenge, even Tan has reservations about performing the blockbuster hit Let It Go from the animated film, Frozen. “I don’t know if anyone will like it,” said Tan while laughing, “I definitely can’t sing it like Idina Menzel.” True to herself, however, she shrugged and said, “I hope people will still like my version of it.”