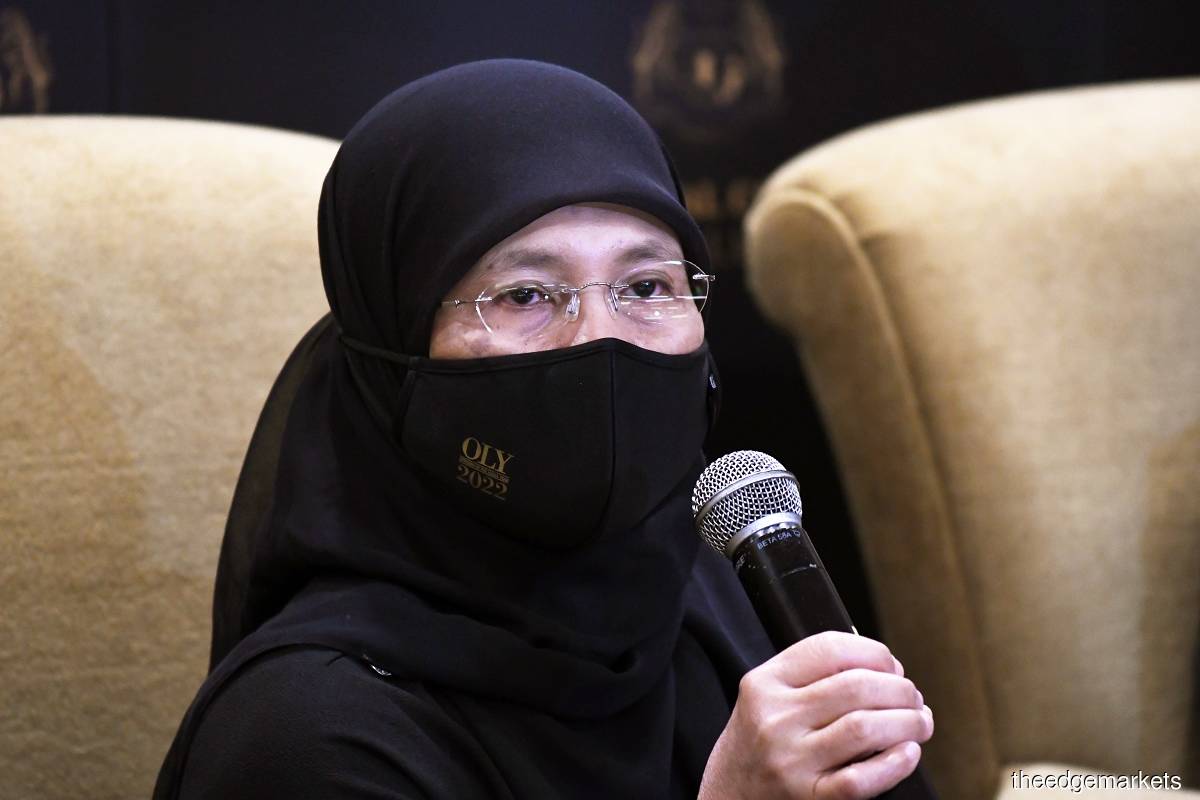 Speaking at the Opening of the Legal Year event here on Friday (Jan 14), Tengku Maimun said commercial cases are of significance as an indicator of the country's economy, as such disputes represent some measure of active business and trade.

“This is an alarming drop of about 53.6% over a short period of five years.

According to Tengku Maimun, amendments to Malaysia's bankruptcy laws and enactment of the country's Companies Act 2016, among other factors, could have reduced the number of bankruptcy and insolvency cases in the nation respectively between 2017 and 2021.

“I postulate that the amendments to our bankruptcy laws that increased the threshold for bankruptcy claims along with other amendments have naturally reduced the number of such cases filed.

“Specifically, the period between 2020 and 2021 recorded a 36% decline in [bankruptcy] registrations," she said, without specifying the quantum of the drop in the country's bankruptcy cases between 2017 and 2021.

On corporate insolvency cases, Tengku Maimun said that between 2020 and 2021, Malaysia recorded an approximately 17% decline in insolvency registrations.

She said the enactment of the Companies Act 2016 and the overall increase in the threshold for insolvency claims may have helped bring down the number of insolvency cases in the country.

Sexual crimes on the rise

Tengku Maimun also expressed concern over the rise in Malaysia's number of sexual offences against children.

She said the number of registrations for sexual offences against children had risen almost 42% between 2020 and 2021.

“Sexual offences against children are a serious problem and, in this regard, the judiciary has had dialogues with the executive about establishing more sexual crime courts to hear these cases.

“This will entail an increase in the number of posts allocated to the judiciary to sit in these courts. We hope this step helps to bring down the [sexual offence] numbers,” she said.

She said the number of corruption cases registered in 2020 and 2021 show a small increase although she did not specify the figures.

"As corruption is a scourge in society, it is important that this area is closely monitored as it is a measure of the nation’s health and image, both domestically and internationally,” she said, adding that there is also a downward trend in the number of street crime cases in Malaysia.

She said the judiciary is formulating a new practice on hybrid criminal trials at the superior and subordinate courts.

Under the planned hybrid scheme for court hearing of criminal cases, Tengku Maimun said the parties involved may be present physically in an open court or remotely from any suitable location.

“To ensure that an accused person is not being prejudiced in any way, this exercise will only be applicable to those who are represented by counsels.

“For accused persons who are under remand or detention, we propose that the proceedings be conducted from the prison’s location, equipped with the necessary technological tools to support video conferencing.

“This proposed practice direction, which will apply only to certain types of criminal proceedings, will be issued sometime in the early part of this year, subject to consultation with stakeholders,” she said.

Tengku Maimun said the judiciary is considering the implementation of hybrid criminal hearings at the appellate level following superior courts' success in disposing of criminal case appeals from Sabah and Sarawak via virtual hearings.

“Accused persons are taken to the Kota Kinabalu Court Complex for example and their lawyers argue their appeals there while the appellate judges preside from here in Putrajaya or from home.

"This shows that the wheels of access to justice are not halted, because all parties are ready and willing to make full use of technology,” she said.

Read also:
CJ: Malaysia apex court does not impose RM20,000 minimum cost if application for permission to appeal is dismissed
Chief Justice: I have never been approached by anyone to intervene in cases