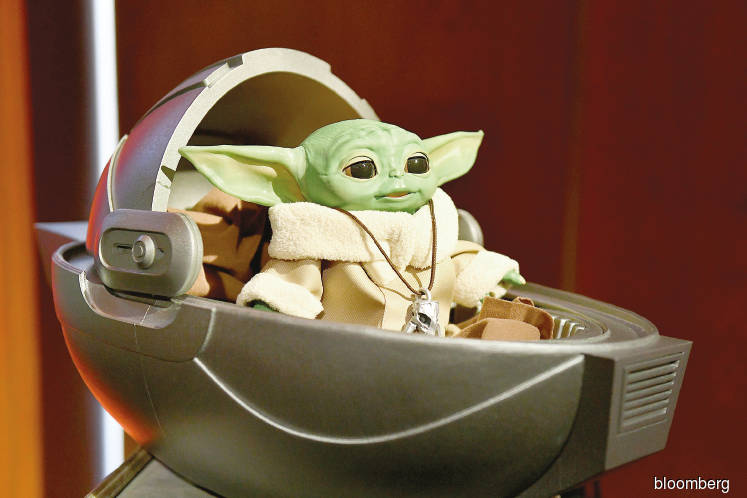 The products run the gamut from Hasbro Inc’s US$30 (RM126.60) black-bladed lightsabre to Funko Inc bobbleheads based on the show’s bounty hunters. The big draw, however, was expected to be Baby Yoda, a cuddly green character who may or may not be related to the wise Jedi from the Star Wars films.

The eight-episode Mandalorian programme was the runaway hit for the company’s new Disney+ streaming service, which was launched in November. The US$7-per-month service has quickly signed up more than 28 million subscribers, in part due to the popularity of the new series. A second season is scheduled to begin in October.

That meant consumers would not get merchandise during the social-media frenzy that the show kicked off.

“Holding back on product development gave everyone the chance to discover the character affectionately known to fans as Baby Yoda together,” he said in a statement last Thursday. “This is something special in the age of spoilers.”

Products which were unveiled last Thursday included US$13 plush dolls based on the character — officially known as the Child — and a US$60 animatronic version, which moves and makes sounds. — Bloomberg