Change of guard at Axiata 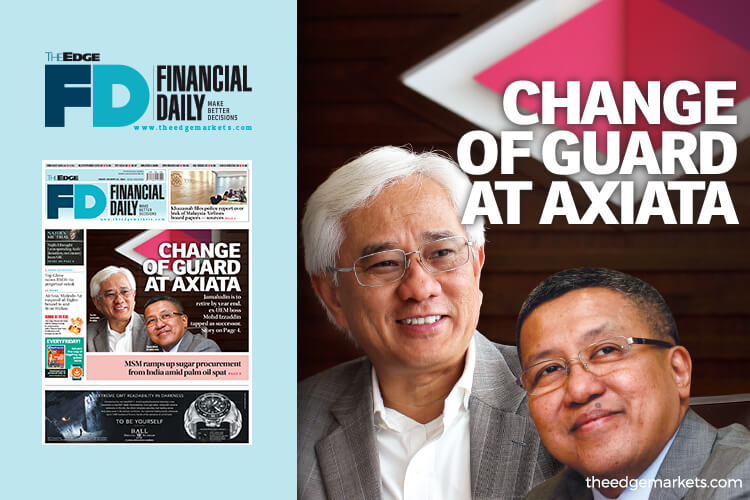 KUALA LUMPUR: Axiata Group Bhd president and chief executive officer (CEO) Tan Sri Jamaludin Ibrahim will be stepping down by the end of the year.

His contract which will expire on March 2 is to be extended for another 10 months.

Former UEM group chieftain Datuk Mohd Izzaddin Idris, who is currently Axiata non-executive director, has been designated to take over the helm after Jamaludin retires.

Mohd Izzaddin is currently a board member of Axiata and is redesignated as an executive director, according to the announcement. Izzaddin joined Axiata’s board in November 2016.

Come March Jamaludin will have served at Axiata for 12 years. He is Axiata’s first CEO after Telekom Malaysia Bhd demerged with its mobile service business.

“After leading Axiata for four terms and having assumed senior roles in the telecommunications and ICT industry for 39 years, Jamaludin had informed the board of his decision to retire.

“The board, however, has requested Jamaludin to extend his contract until the end of 2020 to ensure a smooth and successful leadership transition,” said Axiata.

His retirement comes months after the failed merger talks with Telenor ASA to merge their regional operations.

Some quarters said Jamaludin will leave a big shoe to be filled against a backdrop of increasingly tough operating environment that features cut-throat competition that is eroding profit margin, heavy capital expenditures and fast advancing telecommunication technologies.

Furthermore, it has been proven over the years that it is a big challenge to manage its regional operations as each market has its own set of problems to overcome.

“I came into office towards the end of the demerger process in March 2008, with a mandate to realise a bolder vision to redefine the future of TMI (TM International Bhd). A brand new chapter for the company that was about to unfold,” wrote Jamludin in the telco’s annual report 2008.

As Jamaludin concludes his tenure in Axiata by end of the year, his successor Mohd Izzaddin will start a new chapter in the telco.

In addition, Mohd Izzaddin will be responsible for two of the group’s three core areas — edotco, the infrastructure tower business, and Axiata Digital, its digital services business.