A chance Europe should not miss 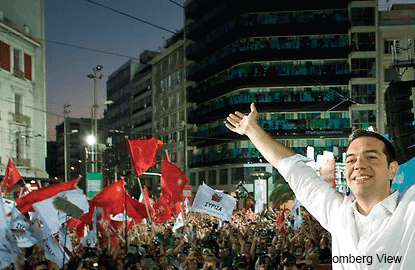 AFTER repeated bungling, Europe suddenly has an opportunity to do the right thing about Greece’s unsustainable debt. It would be a tragedy — for both Greece and Europe — if this opening went to waste.

Two recent developments have combined to create this moment: Syriza’s win in elections on Sunday and the flood of refugees into Greece.

In keeping with the aptitude for shrewd political manoeuvring he has demonstrated over the last year, Syriza’s leader, Alexis Tsipras, has again defied predictions and secured a second mandate to lead a government.

He achieved this victory despite his astonishing 180 degree turn on the principal promise of his previous campaign — that he would put an end to eurozone-imposed austerity — which led to important defections from his party. And when he serves as prime minister this time, he will find that his once-hostile European partners have warmed to him considerably.

History is replete with examples of seemingly unlikely politicians who were catalysts for change and able to deliver improbable outcomes. In many cases, their counterintuitive background provided them with the credibility to convince their compatriots of the need for radical steps.

Consider President Luiz Inacio Lula da Silva of Brazil, a trade unionist who, after being elected president in 2002, delivered an impressive and effective series of conventional economic reforms that would have seemed antithetical to the beliefs he espoused during his many years in the opposition. Another example is Menachem Begin, a hard-line Likud prime minister of Israel who signed the peace treaty with Egypt that required Jewish settlements in the Sinai to be totally dismantled.

Europe can strengthen Tspiras’ hand by delivering further and consequential debt relief, which it has repeatedly withheld and that most — including the International Monetary Fund (IMF) — believe is needed for a sustainable Greek recovery.

As refugees from the Middle East pour into Greece, adding to the extraordinary migration pressures being experienced across Europe, reluctant creditors, led by Germany, now have an excuse to forgive the earlier bailout loans they made to Greece.

Indeed, these countries can justify the help for Greece by pointing to its front-line role as a port of entry into Europe, which makes the impact of the refugee crisis especially acute.

Determined early action by Europe to ease Greece’s excessive debt burden would give a boost to a new Syriza government that must still implement a series of difficult economic and financial reforms. It would also open the door for the IMF to re-engage in Greece, and it would secure a better foundation for the continued involvement of the European Central Bank.

Most importantly, it would help lift a debt cloud that discourages new private inflows into Greece, undermines growth, and that no realistic efforts at austerity can overcome. — Bloomberg View 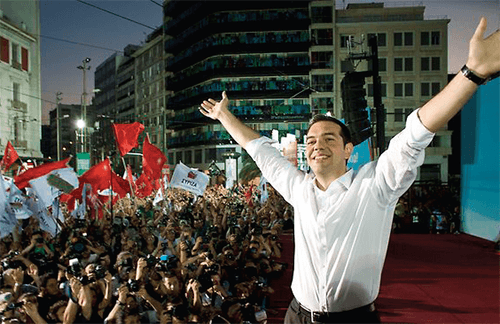