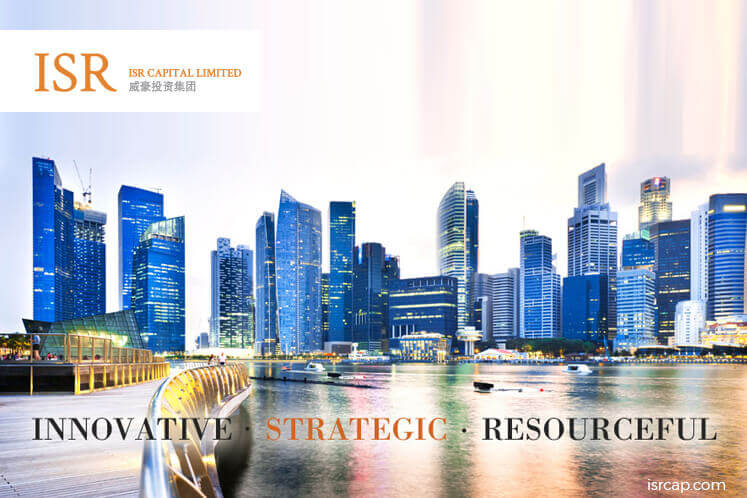 In response to questions from shareholders, Chen said that the company has engaged a third valuer to appraise the value of the concession. Two earlier valuation reports were rejected by the Singapore Exchange.

Chen said a third valuer has been appointed after consulting the Singapore Exchange and that the report will be drawn up according to the Australian mining valuation standards, otherwise known as the VALMIN Code. “We are confident that the third report will be accepted,” said Chen, at the meeting, attended by just over ten retail shareholders.

However, Chen won’t be drawn into estimating the value of the concession according to the third report. “Everyone can have their own imagination, but since the last two reports have been rejected, we can only use them now as a reference. Let’s wait for the riddle to be solved,” he said.

But he cautioned that the process will take some time. The valuers, according to Chen, could not visit the site recently as it was the rainy season in Madagascar between November and April. They might then need more time to do further tests, adding to the eight- to 10-week time frame typically needed to produce the reports.

SGX will have to review the report after its submission. And if an EGM has to be called for shareholders to approve the acquisition, that would also require approval from the SGX.

But what if the third valuation report is rejected as well, asked another shareholder. “I’ll encourage shareholders to independently write in to SGX to register their unhappiness,” said independent direct Li Ka Shao, who is also managing director of Phi Mattell, a family office.

ISR made the news last year, when it attempted to buy a 60% stake in the concession for S$40 million by issuing new shares at 10 Singaporean cents each. The vendor of the stake is a Singapore-registered company called REO Magnetic.

However, the company also found itself entangled with John Soh Chee Wen, alleged mastermind of the 2013 penny stock saga. The Malaysian businessman, who is now in remand, is alleged by prosecutors to have manipulated shares of ISR as well.

The company called for a trading halt but SGX moved to suspend the stock on Nov 27. Trading resumed on March 6. As of 2.20pm on April 28, the company’s share price was 0.8 cent, giving the company a market capitalisation of S$18.5 million.

In response to a question raised after the EGM, Chen said that he has met Soh several times, as the latter had made contact with him to seek his advice on mining matters.

“I met him before, but I can’t say I really know him,” he said. “I joined and invested in ISR because of the company’s prospects. That’s my personal decision,” said Chen, who was appointed to his chairman role on Nov 18.

The company also responded to the question on the whether the resignation of David Rigoll as executive director would have an impact.

On March 6, the very day after SGX lifted the trading suspension, Rigoll resigned, citing a dispute with the company over his salary for February.

On the same day, Rigoll also sold a total of nearly 40 million shares at prices ranging from 4.48 cents to 4.7 cents, despite an earlier voluntary agreement with the company not to. Rigoll bought his stake last year from Value Capital Asset Management (VCAM) at 0.5 cent.

In its annual report and earlier stock exchange filings, ISR stated that it is seeking legal advice on its dealings with Rigoll. He used to be a director of a Dusseldorf-listed company Tantalum Rare Earths AG that used to own the same Madagascar concession before it was sold to REO Magnetic for 3.7 million euros. The same stake was then to be sold to ISR just six months later for S$40 million.

Chen did not rile up the dispute between Rigoll and company though. He noted that Rigoll remains the company’s single largest shareholder with a 14.76% stake, and that he has also promised the company not to sell more shares. “This has helped to stabilise the company’s share price. There’s no reason for him not to support this project,” said Chen.

However, other significant shareholders have been selling. The most recent was second largest shareholder Abdul Wahid bin Abdul Ghani, who on April 19 sold 20 million shares at 0.6 cent via a married deal.

Shareholders also asked about funding needs. The company has an existing redeemable convertible bond programme with VCAM, where the financier will subscribe for up to S$35 million worth in convertible bonds, with seven tranches of S$5 million each.

The company is in the midst of the second tranche, and has raised some S$3 million from VCAM out of the S$5 million. VCAM then has the right to convert shares at 0.4 cent, which it has been doing so.

Joseph Kwok, the company’s lead independent director, assured shareholders that the cash on hand now will be sufficient to keep the company going for the next 12 months.

However, when production begins, more funds will be needed. Kwok, who is deputy general manager at Soochow Securities CSSD (Singapore), told shareholders that ISR will explore other avenues of funding as well.

The convertible bonds aside, ISR has an existing placement arrangement with four investors, including Chen himself, to raise up to S$12 million. The first half of the money has been given to the company. The remaining S$6 million is subjected to the receipt of the pilot production permit for the Madagascar concession.

Chen acknowledges that the rare earth market can be at times volatile. That is due to structural differences in the supply. Certain types of elements are more plentiful, but not highly demanded; and the converse is true also. Different concessions will have different compositions of rare earth elements, and that’s luck of draw from nature, he said.

For now, Chen said it is difficult to give an estimate of the capital expenditure required for commercial production to take place. The key steps, at least for now, is to get the pilot production going, verify the level of reserves, the composition of the elements, and then, bring in cash flow for the company.

When asked about the company’s unusual 4,000% surge last year, Chen said he cannot comment on that, as he is a member of the company’s board. “We can’t forecast share prices, we can only do our part and create shareholder value.”

The AGM ended with all resolutions passed.