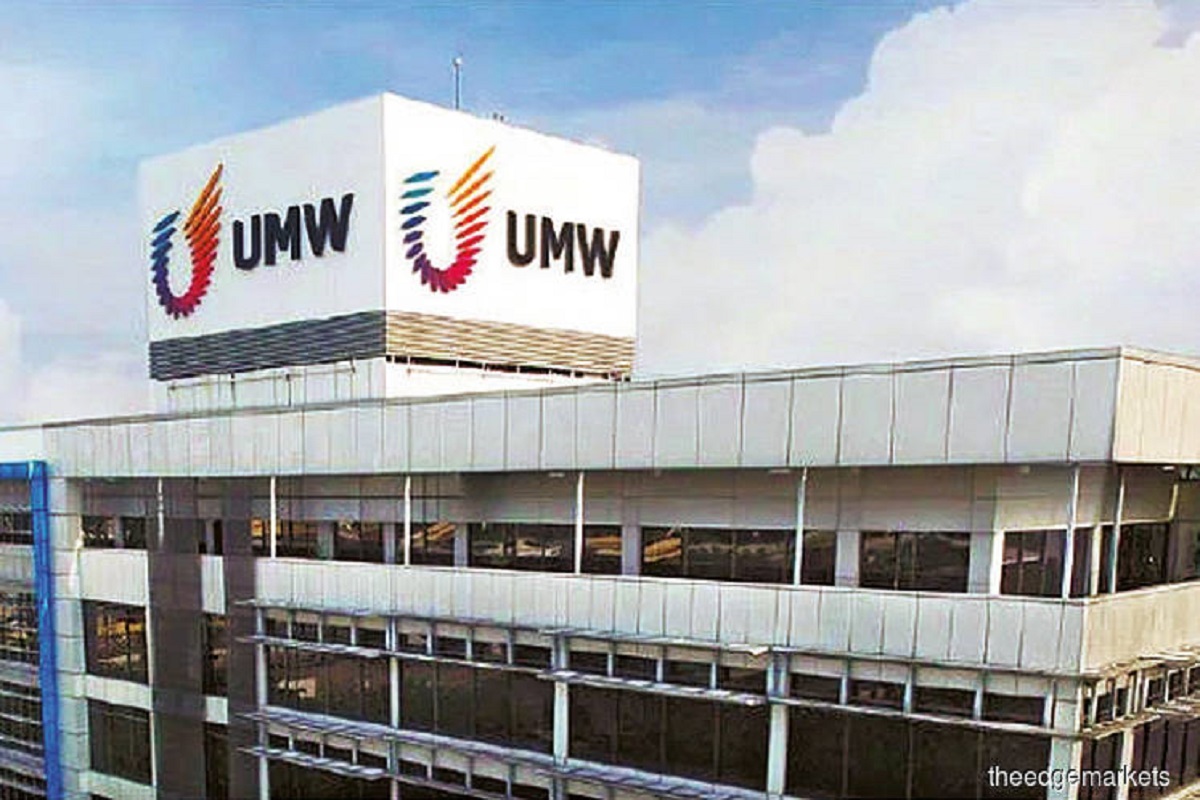 KUALA LUMPUR (Jan 11): CGS-CIMB has maintained its “add” recommendation for UMW Holdings Bhd at RM3.32, with a higher target price of RM4 (from RM3.30), as it expects the company to achieve higher sales volume on the back of new launches and an extension of the sales tax holiday.

Driven by higher sales volume delivery from Toyota and Perusahaan Otomobil Kedua Sdn Bhd (Perodua), CGS-CIMB also raised its earnings per share (EPS) forecasts by 11% to 20% for the financial year ended Dec 31, 2020 (FY20) to FY22, according to its research note to clients today.

“We expect UMWT (UMW Toyota Motor) sales to grow by 16% year-on-year (y-o-y) to 69,000 in 2021, driven by new Vios, Yaris, Fortuner, Innova facelifts and a new C-segment sport utility vehicle (SUV) model. We think UMWT may introduce the Toyota Corolla Cross, which is a new entry for UMWT into the compact SUV segment currently dominated by Honda HR-V.

Overall, CGS-CIMB raised its FY20 to FY22 sales volume projections for UMWT and Perodua by 3% to 7%.

In addition, the research house also expects UMW to benefit from favourable foreign exchange movement as it estimates a 1% appreciation in the ringgit against the US dollar to raise the group’s FY21 to FY22 EPS by 2.2% to 2.6%.

Besides UMW’s management being upbeat about its growth prospects, the research house also quoted the company's management as saying it had earmarked approximately RM630 million in capital expenditure in FY21, mainly for its auto division to prepare for new upcoming launches.

“We see a higher take-up [rate] from new launches, introduction of a new completely knocked-down (CKD) model and strengthening of the ringgit versus US$ (the US dollar) as potential rerating catalysts, while delays in new launches, a drag from the manufacturing and engineering division and a weakening ringgit versus US$ are key downside risks to our call,” said the research house.