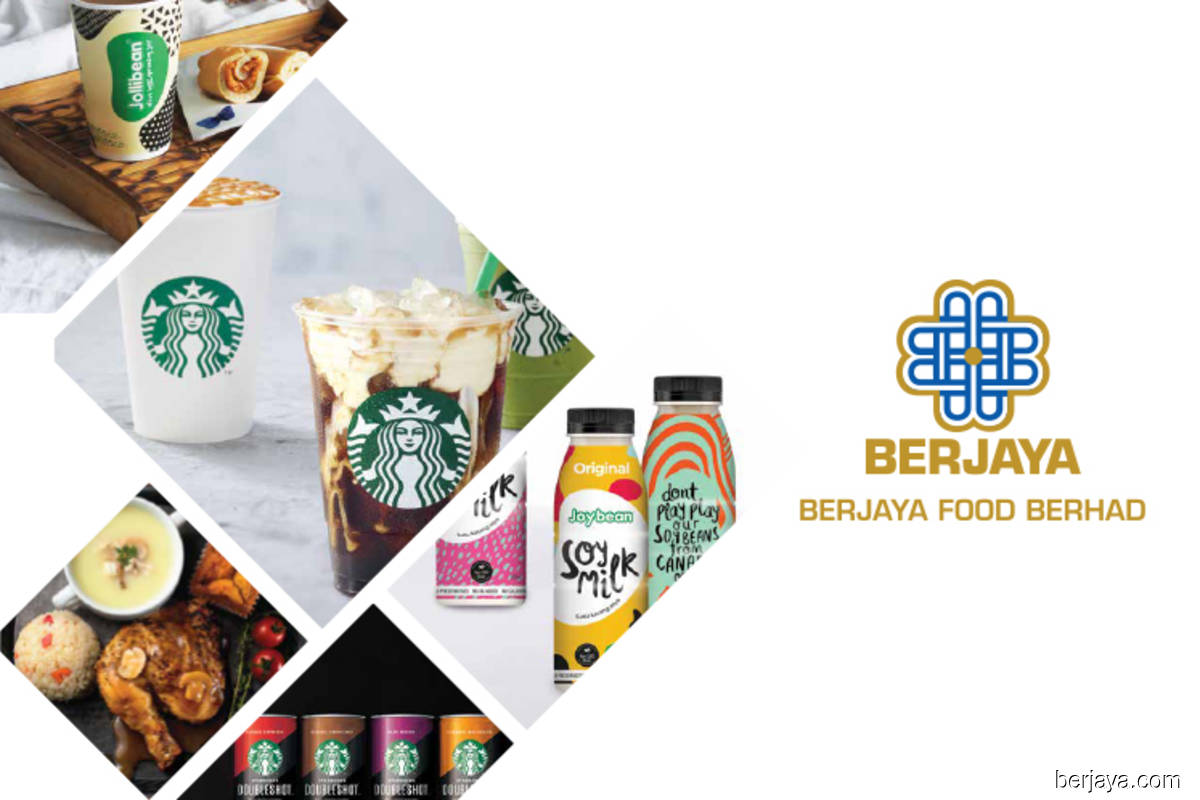 KUALA LUMPUR (Dec 14): CGS-CIMB Research has maintained its "add" call for Berjaya Food Bhd (BFood) while raising its target price (TP) to RM1.93, from RM1.50 previously, on expectations of potentially stronger recovery traction for the group, compared to other retailers, thanks to its strong branding and cost base which is now lower than pre-pandemic levels.

He noted that BFood plans to open around 25 new outlets in the financial year ending June 30, 2021 (FY21), of which at least 18 will be Starbucks outlets, while the rest will be Kenny Rogers Roasters (KRR) and Jollibean outlets in Malaysia and Singapore.

"Based on the success of the drive-thru outlet concept so far and in light of current social distancing measures, we think that a significant proportion of the Starbucks outlets opened will be drive-thru, which garner higher sales per sq ft," he said.

He added that BFood remains vigilant in controlling its cost in the face of uncertainties due to the pandemic.

He noted that the biggest factor of its margin improvement is the rationalisation of its biggest fixed costs, such as salaries and rental expenses, during the pandemic.

"We gather that BFood has reduced the utilisation of part-time workers while optimising the mobilisation of its full-time workers across its outlets without compromising on service quality.

"Since the start of the outbreak, BFood has also managed to receive rental rebates from landlords (about RM2 million in rental rebates were recorded in the first quarter ended Sept 30, 2020 [1QFY21]). Especially for its Starbucks operations, we think BFood is in a position of strength when renegotiating and/or signing new leases with landlords due to its strong branding," he said.

To recap, BFood's net profit for 1QFY21 more than doubled to RM10.37 million, from RM4.61 million a year ago, as revenue returned to pre-Covid-19 levels.

The stronger earnings, which came amid an improved performance of its KRR restaurants after closing certain non-performing stores in the previous financial year, were also bolstered by more effective cost management initiatives implemented to mitigate the impact of the prolonged pandemic.