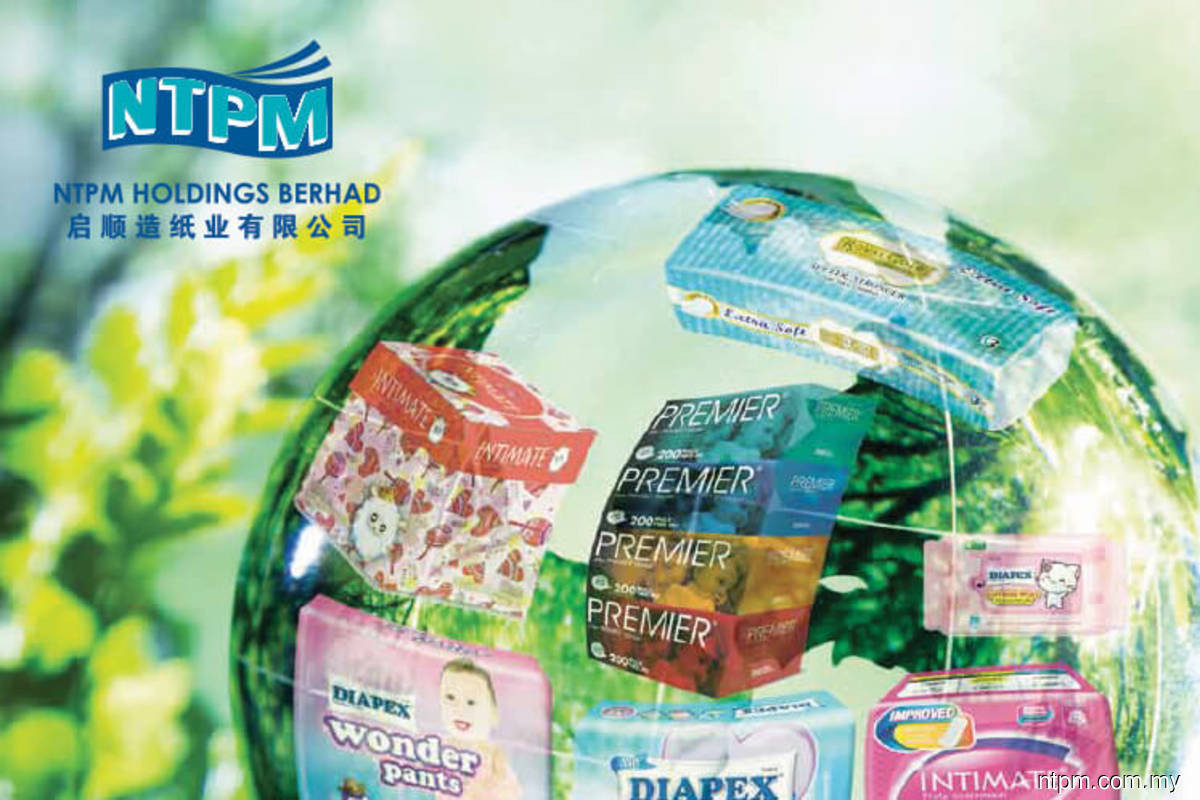 "We believe its key appeal as a strong household brand with diverse product offerings is muted by its dim earnings prospects amid high input costs," CGS-CIMB analysts Nagulan Ravi and Ivy Ng Lee Fang wrote in a note.

NTPM, through four manufacturing facilities in Malaysia and Vietnam, manufactures and distributes both tissue paper and personal products with a total production capacity of 160,000 tonnes annually at a utilisation rate of 53% for the financial year ending April 30, 2022 (FY22).

The analysts projected that core earnings per share for FY23 will decline by 26.6% year-on-year, though it is likely priced in as it is supported by forecasted dividend yields of 3.9% for FY24-25.

The analysts noted that waste paper costs accounted for around 58% of NTPM's total costs for FY22.

Furthermore, NTPM is likely to be hit by higher labour costs from an increase in the minimum wage to RM1,500 from May 2022, and higher gas and electricity costs, which account for 7% of its total costs in FY22.

The analysts added that NTPM will find it difficult to pass on the costs to consumers by raising prices, as it had already increased prices twice in the first half of 2022.

Thus, they are factoring in an earnings before interest, taxes, depreciation and amortisation (Ebitda) margin compression of 2.8 percentage points to 10% in FY23.

“We believe that the share price has broadly priced in these negative prospects, as it has corrected by 45% since Jan 1, 2022 with upside/downside risks of pulp prices, freight costs, growth in export markets and stronger/weaker ringgit/US dollar,” it concluded.