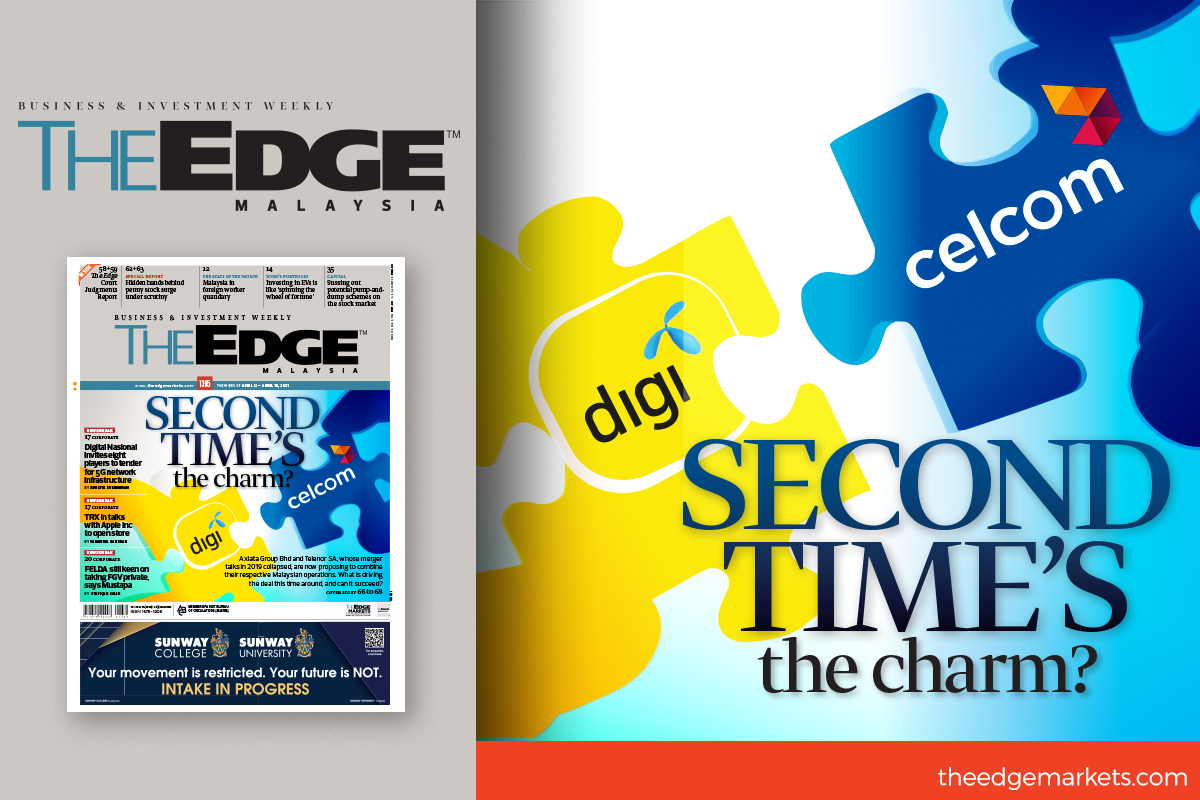 KUALA LUMPUR (April 10): Almost two years after their first attempt to merge, Axiata Group Bhd and Telenor SA are back on the negotiating table. This time, the negotiation is for the merger of their Malaysian businesses — Celcom Axiata Bhd and Digi.Com Bhd.

Axiata and Telenor first attempted to merge their Asian operations in 2019. However, the deal fell through after a few months.

The failed merger then was attributed to the proposal not being accepted by some authorities in the countries they operate in.

Will the second time be the charm for both Axiata and Telenor? For one, both parties seem to have learned from their past mistakes of trying to consolidate their entire Asian businesses.

Besides, by proposing to only merge the Malaysian operations, Axiata and Telenor also positioned the merger as being Malaysian-led and controlled.

Axiata and Telenor will both own 33.1% stakes in the merged company — Celcom Digi Bhd — but Malaysian institutions will have more than 51% shareholding, thus maintaining control.

The merger will create the largest telco in Malaysia with a combined mobile subscriber base of 19.1 million users.

But why now? What are the driving factors behind the latest merger proposal? Will it succeed?

Pick up a copy of The Edge Malaysia weekly or subscribe to find out.