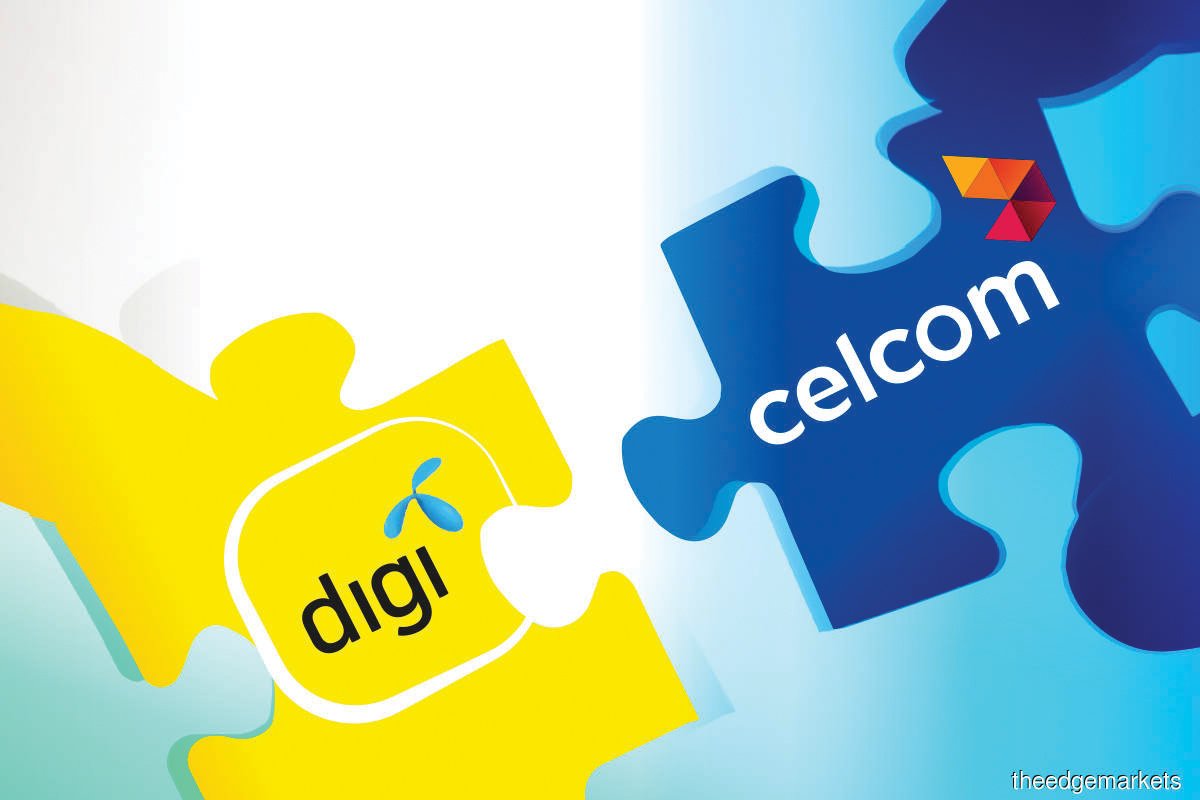 KUALA LUMPUR (April 2): The Malaysian Communications and Multimedia Commission (MCMC) has raised preliminary concerns about market competition that could arise from the proposed merger of the telco operations of Celcom Axiata Bhd and Digi.Com Bhd, and asked the two parties to submit comments, information and remedies on its assessment.

In similar filings with the local bourse by Axiata Group Bhd and Digi.Com on Friday night (April 1), the two companies said the MCMC, in presenting its views on the matter via a statement of Issues or SOI dated the same day, had informed them that the entities proposed to be merged — Digi Telecommunications Sdn Bhd and Celcom Axiata — will need to collectively address the competition concerns it raised across four indicated market areas.

The two entities would have to respond to the possible remedy recommendations provided in the SOI, according to the filings.

The issuance of the SOI is part of the merger assessment process under the MCMC’s Guidelines on Mergers and Acquisitions, the filings read.

"It is intended to provide an opportunity for Digi Telecommunications and Celcom [Axiata] to make submission(s) in response to the MCMC's preliminary findings in line with the guidelines. The SOI indicates that this is not the final decision of the MCMC. Celcom [Axiata] will continue to engage with the MCMC to provide a comprehensive response to the SOI for the MCMC’s considerations prior to the final decision," Axiata Group's filing further read, which was echoed in Digi.Com's filing.

The announcement came after trading of the shares in both Axiata Group and Digi.Com was suspended earlier in the day. Axiata Group was last traded at RM3.79, while Digi.Com stood at RM3.90, valuing the telcos at RM34.78 billion and RM30.32 billion respectively.

The latest development comes after the High Court on Tuesday granted an injunction preventing Celcom Mobile Sdn Bhd’s 5.25 million shares in Tune Talk Sdn Bhd from being included in the sale of Celcom Axiata to Digi.Com under the proposed merger of the two telecommunications companies’ businesses.

The three plaintiffs that filed the action in September last year collectively own 30.02% of Tune Talk, and have applied for Axiata Group to be prohibited from including the 5.25 million Tune Talk shares representing a 35% stake in the MVNO in the proposed merger with Digi.Com. The 35% stake is held via Celcom Mobile, a wholly-owned unit of Celcom Axiata, which is in turn wholly-owned by Axiata Group.

Axiata Group and Digi.Com announced the proposed merger of Celcom Axiata and Digi Telecommunications on April 8 last year for the second time after the previous attempt in September 2019 failed due to complexities involved in the proposed transaction.

The consummation of the merger will see a merged entity named Celcom Digi Bhd, which will continue to be listed on Bursa Malaysia.

Axiata Group and Digi.Com will have a pro forma equal ownership of about 33.1% each in the merged entity, and Axiata Group will receive cash consideration of approximately RM2 billion, of which RM1.7 billion will be from Digi.Com and RM300 million from Digi.Com’s parent company, Norwegian telecommunications giant Telenor ASA.