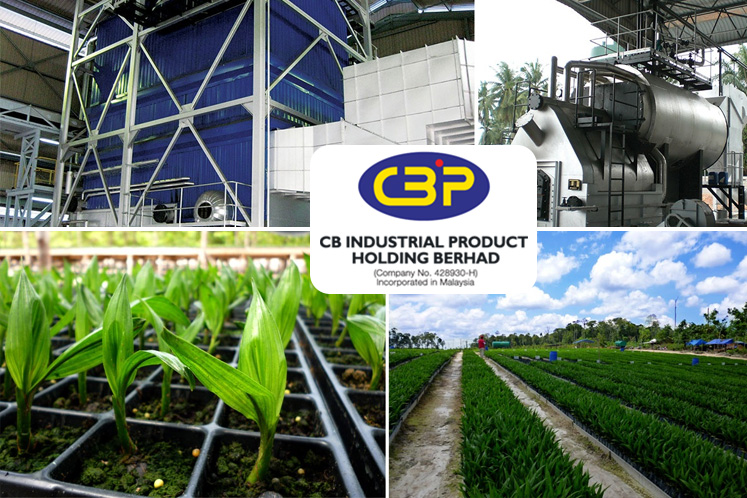 “It would be impossible for GLM to carry on its intended business.”

In a Bursa Malaysia filing yesterday, CBIP said the dispute is due to a disagreement on palm-based biofuel producer GLM's constitution provision requiring unanimous consent regardless of the size of shareholding.

CBIP said the dispute has frustrated the group's intention and plans as to how the affairs of GLM should be conducted.

"Although the group holds total 70% equity interest in GLM, the group does not have sole control over GLM considering that strategic and financial decisions of the relevant activities of GLM require unanimous consent by all shareholders. The group [is] unable to demonstrate unilateral control and the power to affect the variable returns in GLM. Therefore, the investment in GLM was accounted as a JV in the group's consolidated financial statements for the financial year ended Dec 31, 2019 (FY19).

"As a consequence, GLM has reached a complete deadlock as it would be impossible for GLM to carry on its intended business and for the group to manage GLM as a going concern. As at the date of this announcement, GLM has yet to commence any operations.

CBIP said that other than the legal fees involved in the petition, the company does not expect to incur other losses due to the petition.

According to CBIP, there is no significant financial or operational impact on the group for FY20.

In a separate Bursa filing, CBIP said Crowe Malaysia's qualified opinion involves three issues, one of which is related to GLM's financials.

Crowe Malaysia's independent auditor report, which was reproduced in CBIP's filing, said GLM's audited financial statements and auditor report were not available and CBIP had not performed a purchase price allocation for the acquisition of the JV.

Crowe Malaysia said the audited financial statements of CBIP had been consolidated using the unaudited management accounts of the GLM JV for FY19.

"Further, we draw your attention to Note 10 (c)(ii) and Note 15 to the financial statements, that disclose the circumstances and consideration of the directors in reporting the carrying amount of the receivables of RM49.203 million in respect of advances made to the said JV. We were unable to obtain sufficient and appropriate audit evidence on the veracity of the advances made to GLM totalling RM49.203 million and impairment assessment of the above-mentioned receivables.

"The group is unable to reliably perform impairment assessment in accordance with MFRS 9: Financial Instruments due to the circumstances and consideration disclosed under Note 10 (c)(ii) and Note 38 (b) to the financial statements. Consequently, we were unable to determine whether any adjustments to these amounts were necessary," Crowe Malaysia said.