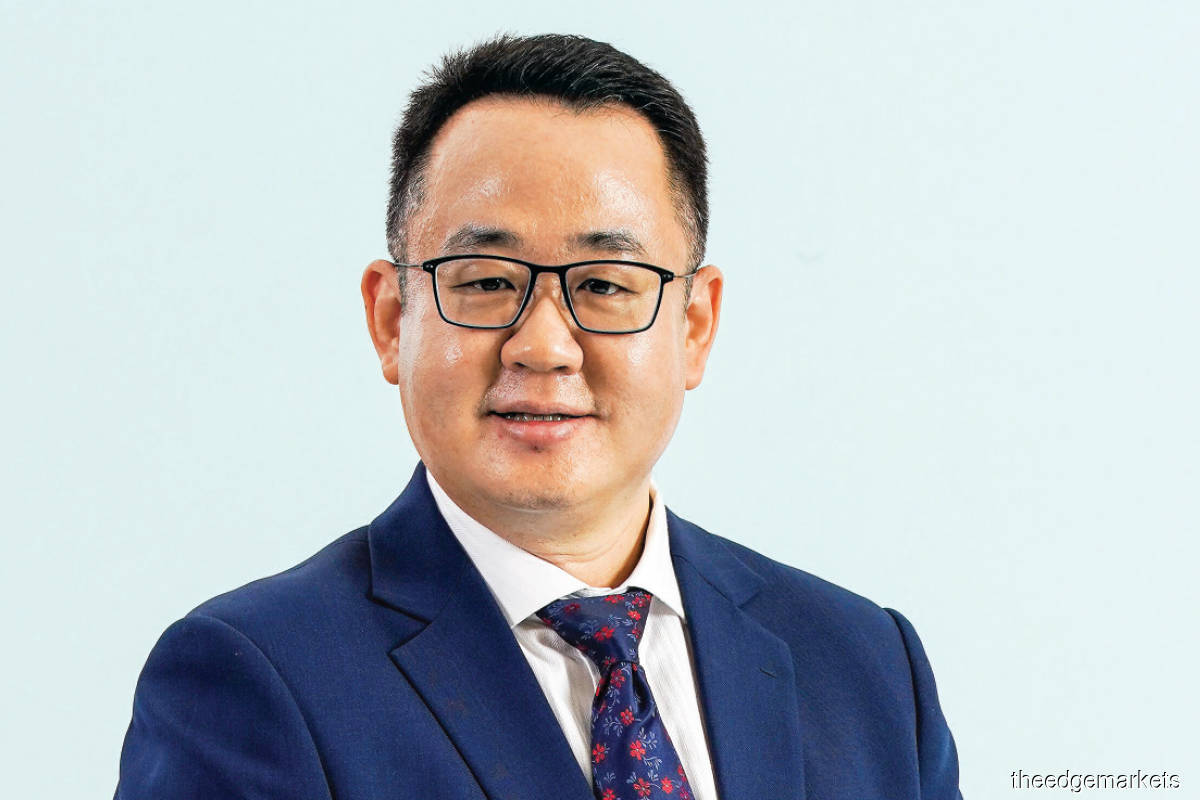 Thong: MAHB’s ratings will be reassessed if there are signs of diminished importance to the government or a structural weakening in MAHB’s financial profile. (Photo by Ram Ratings)

CHANGES in Malaysia Airports Holdings Bhd’s (MAHB) market position and financial metrics could affect the airport operator’s credit profile, ratings agencies say, as it faces pressure from a potential carve-out of the Sultan Abdul Aziz Shah Airport (Subang Airport) in Subang, Selangor, from its network of 39 airports in the country.

Thong Mun Wai, head of corporate ratings at RAM Rating Services Bhd, says the agency’s AAA ratings of the various senior sukuk issued by MAHB are currently underpinned by support from the government, given the strategic importance of the airport sector to the country.

“MAHB’s ratings will be reassessed if there are signs of diminished importance to the government or a structural weakening in MAHB’s financial profile. These may happen if there are any negative developments in the regulatory environment, including prolonged setbacks in the execution of its new operating agreements (OAs). New terms that will preserve MAHB’s financial viability will help to eliminate the current regulatory uncertainty and support MAHB’s long-term credit profile,” he says in an emailed reply to questions from The Edge.

Thong points out that, while not impossible, any carve-out of airports within the MAHB’s stable may be difficult to implement and will be subject to regulatory approval.

“Historically, over 75% of the airports in Malaysia are not commercially viable and are cross-subsidised by a handful of profitable airports, including Subang Airport. This arrangement enables the smaller, unprofitable airports to continue to operate and serve their respective localities,” he says.

According to Moody’s Investors Service Inc vice-president and senior analyst Spencer Ng, the agency’s A3 rating on MAHB considers key rating drivers such as the strong market position of its airport network in the country and its weak financial position in the near term, owing to the pandemic, before recovering over the next two to three years.

“Any potential rating impact arising from the hypothetical scenario (in which Subang Airport might be carved out) could be considered in the context of how it would affect MAHB’s market position and financial metrics,” he tells The Edge.

An information memorandum outlining the position of Malaysia Aviation Group Bhd and MAHB in the development of Subang Airport, seen by The Edge, had warned that the carving-out of any designated airport under MAHB’s current OAs with the government may be viewed as a regressive and adverse approach by credit agencies such as Moody’s and RAM Ratings. The OAs are fundamental to MAHB’s business framework to formulate its operating requirements, capital maintenance as well as development plans.

According to the document, the potential immediate downgrading of MAHB’s credit rating of AAA with a stable outlook will materially affect its ability to refinance the RM1.5 billion sukuk due in December 2022. It would also affect the potential revocation of MAHB’s RM1.3 billion revolving credit facility required to maintain its liquidity in the pandemic, as well as result in higher interests cost on MAHB’s €385 million (RM1.9 billion) loans.

The document also states that the downgrading of the rating could escalate MAHB’s interest cost to the tune of 100 to 150 basis points, or RM40 million to RM60 million a year, and would impair the group’s ability to raise future funding to execute its business plans, resulting in future opportunity loss and potential degradation of future profitability.

The memorandum comes at a time when WCT Holdings Bhd had submitted a proposal on March 1 to the transport, finance and energy and natural resources ministries to enter into a new 50-year concession with the government to operate the entire Subang Airport area until 2092 and redevelop the airport at a cost of RM3.7 billion over 10 years. On Friday, the Ministry of Finance issued a statement to say that, so far, MAHB is still responsible for developing assets surrounding Subang Airport. It did not say, however, whether MAHB has the approval to proceed with its Subang Airport Regeneration plan.

KAF Equities analyst Thomas Soon believes, however, that WCT’s proposal to take over MAHB’s concession at Subang Airport is a non-starter, given the absence of a comprehensive national airport development master plan and policy.

“Even before the current bleak outlook for aviation, there had been attempts to break into MAHB’s near-monopoly in the management of the country’s airports. As such, the latest development, an opportunistic one for a clear need of public asset funding, does not come as a surprise to us in view of the highly detrimental impact of the pandemic on MAHB,” he wrote in a May 7 report.

Last Tuesday, the Malaysia Airports Workers Union said it was prepared to go on a nationwide strike to protest against the proposal by WCT. A petition calling for Subang Airport to be saved, which was created on Change.org, had garnered 12,991  signatures as at Thursday.

Soon says this health and economic crisis, for which he believes MAHB can tide itself over, is not good justification for jumping into short-term gain in compensation for long-term pain.

“We would not rule out the possibility of joint ventures, but certainly not without a proper master plan for all related national assets. First off, Subang is one of the few airport assets that are running profitably for MAHB. Disposed of, it becomes a competing business located in a key business hub.

“Lest we forget, MAHB is publicly listed and not just any government-linked company. Inherently, like for any bona fide public assets, existing concession agreements cannot simply be torn up for piecemeal development proposals. This would not only become the focus of fierce public scrutiny, but be subject to unnecessary political opposition fodder for any government-of-the-day,” he notes.

RAM Ratings’ Thong notes that MAHB’s credit metrics have deteriorated considerably amid the challenging operating conditions and are expected to remain weak in the next one to two years.

“A successful mass vaccination and the removal of travel restrictions will be key in driving the recovery of the aviation and tourism sectors and restoring passenger volumes at MAHB’s airports,” he says.

Moody’s now expects a gradual recovery starting from the last quarter of 2021, given the current Movement Control Order 3.0 imposed on June 1 and the conditions set under the recently announced National Recovery Plan for the resumption of interstate travel.

“The recovery in traffic is also susceptible to further delays if there is a resurgence in daily case numbers or if there are delays in the rollout of vaccines relative to the government’s timetable,” says Ng.

Bloomberg data shows that, of the 20 analysts covering MAHB’s stock, 14 have a “buy” rating, three have a “hold” and three a “sell”. The average 12-month target price among analysts is RM6.59. MAHB’s share price has risen 8.6% year to date to close at RM6.22 on Thursday, bringing a market capitalisation of RM10.32 billion.

KAF’s Soon, who has a “sell” call on MAHB, says air travel recovery may drag along amid an uneven pace of vaccinations while the pandemic continues rampaging around the globe. “For MAHB, our current forecasts only assume [a return to] pre-pandemic levels by 2023. This means a continuing cash crunch in 2021 and predictable losses for the next two years. This translates to zero dividends,” he says.

MAHB slipped into the red for the first time last year as air travel came to a near-standstill, owing to Covid-19-related travel restrictions. The group posted a net loss of RM1.12 billion in contrast to a net profit of RM537 million the year before as revenue fell 64% year on year to RM1.87 billion. In 1QFY2021, it posted a wider net loss of RM221.3 million compared with RM20.39 million a year ago while revenue dropped 63.9% y-o-y to RM336.91 million.