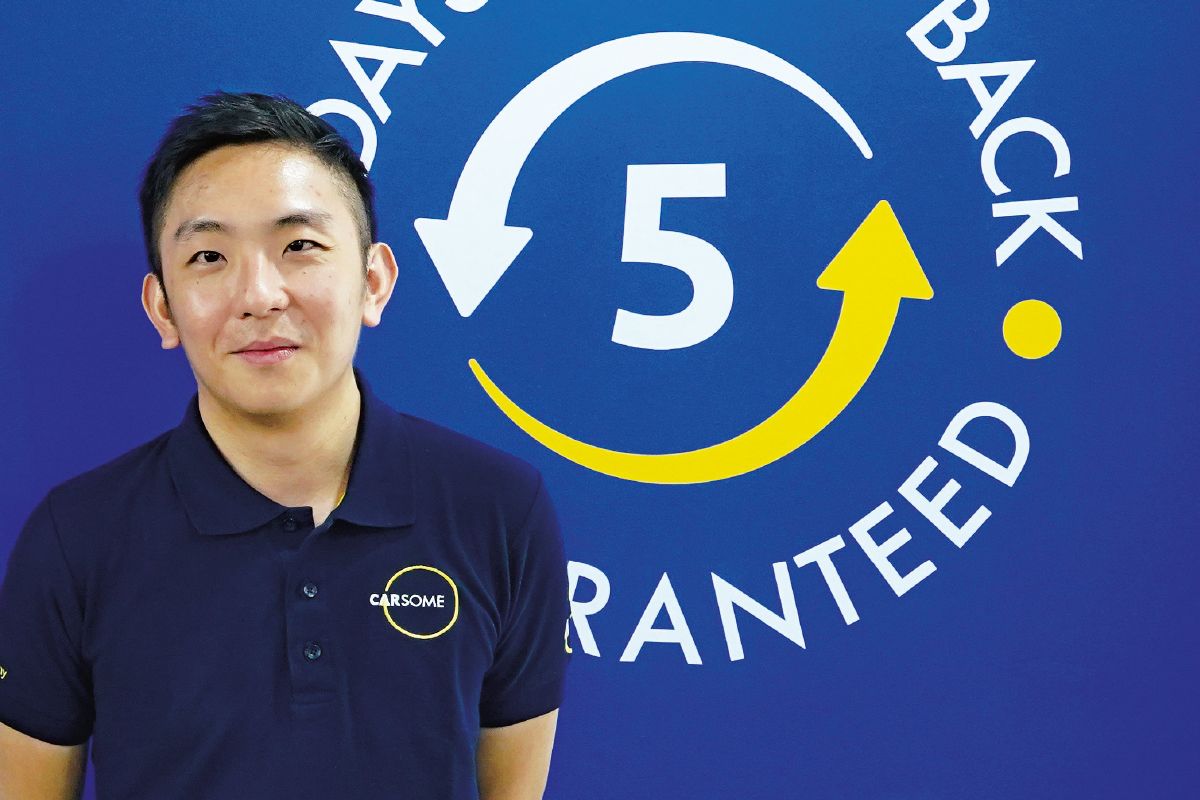 Carsome’s co-founder and group CEO Eric Cheng: “This is the first step toward consolidation to form the largest digital automotive group in terms of revenue, user base, largest live listing, and the best end-to-end fulfilment capability in the region.”

It added that Carsome and Catcha Group have made a joint proposal to the independent directors of iCar Asia to acquire the balance of 80.1% of iCar from its shareholders.

The total transaction is estimated to be worth more than US$200 million, said Carsome in a statement.

Catcha Group will become a shareholder of the Carsome Group in exchange for the sale of its shares in iCar Asia to Carsome, it added.

“Carsome and iCar Asia, combined, offers an integrated automotive ecosystem — for dealers to source, advertise and sell cars; and, for consumers to research, sell and buy cars — in a region that trades over US$55 billion worth of automobiles annually,” Carsome said, noting that it is the market leader in the online used car buying and selling platform across Malaysia, Thailand, Indonesia and Singapore, while iCar Asia is the leading listings and content automotive platform across those same markets.

Carsome added that the proposed integration between Carsome Group and iCar Asia offers significant strengths such as a target US$1 billion revenue for 2021 and the largest automotive data set that has around 100,000 cars transacted annually with over 10 million monthly unique visitors visiting the platforms.

Carsome said the proposed acquisition of iCar Asia offers an enhanced suite of digital products and services to more dealers and consumers in all key markets.

The expanded suite of solutions will offer an end-to-end, super-app experience that covers the entire car buying and selling value chain, it added.

It also noted that consumers will enjoy a seamless, one-stop solution as Carsome Group expands its offerings to span the whole car ownership journey — from search, transaction, finance and insurance to after-sales services.

Carsome’s co-founder and group CEO Eric Cheng will lead the Carsome Group as CEO, and the group welcomes Catcha’s co-founder and Group CEO Patrick Grove’s support as one of the founders alongside Cheng and Jiun Ee Teoh to drive the future growth of the business.

“We are excited to have Patrick join us as he brings along two decades of tech entrepreneurship and capital market expertise. This transaction is an important part of our growth strategy to build the entire automotive ecosystem in Southeast Asia and part of how we are transforming the industry through trust, transparency and technology,” said Cheng.

“This is the first step toward consolidation to form the largest digital automotive group in terms of revenue, user base, largest live listing, and the best end-to-end fulfilment capability in the region.” Catcha Group’s co-founder and Group CEO Patrick Grove tells The Edge that the combined business is "on track for US$1 billion in revenue this year".

When contacted on this, Grove said: 'The combined business is on track for US$1 billion in revenue this year, making us one of the largest internet companies in the region, and definitely the largest in Malaysia.”

“Bringing iCar Asia’s extensive traffic and dealer network in the region together with Carsome’s leadership position in automotive e-commerce is extremely powerful. We are excited to join Carsome as shareholders and work with Eric and his team to expand our leadership position and look forward to helping the combined business dominate the US$55 billion digital automotive space in Southeast Asia in the years ahead,” he added.

When asked if there are IPO plans for this new combined entity, Grove decline to comment.

Just last month, Bloomberg quoting people with knowledge of the matter, reported that Carsome is weighing going public in the US in a deal that would make it Malaysia’s first unicorn.

The wires added that Carsome is working with advisers and is seeking a valuation of about US$2 billion in a listing, which could be a merger with a special purpose acquisition company (SPAC) or a conventional initial public offering.

Meanwhile, earlier this year in February, Catcha Group announced the pricing of its SPAC Catcha Investment Corp initial public offering of 27.50 million units at a price of US$10.00 per unit on the New York Stock Exchange.