Cars: Land Rover resurrects the best Range Rovers ever — for a price 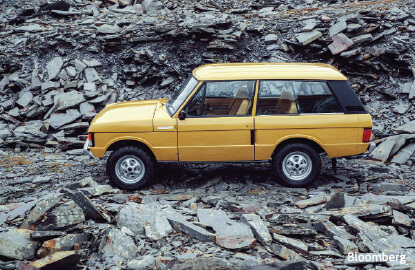 +A
This article first appeared in The Edge Financial Daily, on February 16, 2017.

FILE this away as the latest example in the craze to bring back every cool car, jeep and sport utility vehicle (SUV) from years past: Land Rover has reintroduced the classic Range.

The Coventry, England-based company is reissuing 10 1970s-era Range Rovers to capitalise on the explosion of interest in the vintage market. They fall in the same general affinity categories as Ford’s Bronco, old FJs and G-Wagons, Scrambler trucks and the famous Defender.

“They’re wise to capitalise on,” Jonathan Klinger, a spokesman for Hagerty, said about the old SUVs. “They’re simple and pure and all mechanical: It’s not a hop-in-and-go-downtown luxury driving experience — but that is what makes them cool.”

The Range Rover Reborn programme works this way: The special division (which also issued the new-old Jaguar XKSS, also known as “continuation series” cars) finds rare, well-condition bodies and frames, and then does a full factory-spec restoration on that skeleton — it cleans or repairs them using deadstock Land Rover parts or making new ones if needed. That means you get the classic British styling, special Quartz dashboard clock, door-mounted rear-view mirrors and air conditioning system, all with components in perfect order.

“We rebuild them, absolutely as they should be,” said Tim Hannig, director of Jaguar Land Rover Classic. “When we find them, they are very much ramshackle. They don’t look nice. But there is very much a lot of good material about them.

Each takes from six months to nearly a year to complete.

“All liquids are drained. Every single part is taken out and inspected,” Hannig explained. “During that process, we look at every single one and decide: Can we use that or do we have to replace it? All the work is done in parallel to make sure it’s exactly perfect, and then we reassemble the car.”

Performance specifications on the Rover Reborn will be the same as the original: It has a 3.5-litre V8 engine that gets 132bhp and 186 pound-feet of torque. The 10-second-plus zero to 60 miles per hour (96.56km per hour) sprint time isn’t hugely impressive now, but back then, it beat most big rigs on the market. A lockable centre differential on the four-speed manual transmission means you can take them up hillsides and down ravines if you get bored showing off in town.

“It’s a very special feeling to drive one of these Rovers,” Hannig said. “When you sit in them, you have an incredible view of space. The pillars are very thin. The roof is very high. You have a feel of incredible freedom, which is just fantastic. It’s not a fast-performance cross-over SUV; it’s just a great cruiser with enormous capability to go off road. And it’s still quite luxurious.”

It’s also still quirky — which is a nice way to say that any design flaws the original Rovers had are still front and centre.

“At that time, you didn’t have any air suspension or cruise control, so they will behave and drive like the car did at the time,” Hannig said with a laugh. “We don’t modify anything. For instance, there is a big gap between the door handle and the cover, and the gap will be there again on these new old ones.”

And what of Range Rover’s notoriety when it comes to upkeep?

Problems with the composition of the chassis, electrical system and general leaks can create headaches with some Rovers (and Defenders, for that matter). These are more complex machines than their Ford and Toyota contemporaries — the auto equivalent of a handsome, beautiful friend who is a joy to catch up with, but often flakes on dinner dates.

They’re expensive to repair, but “any properly maintained example will be fine”, Klinger said of the vintage models. “There are plenty of people who can afford to buy them, but they can’t afford to do the proper maintenance — which means when they break down, they just sit and decay, which feeds into the reputation that they are not reliable.”

Of the Range Rover Reborn models, despite them being built to original specifications, decades of experience and new parts should help alleviate any of the better-known quirks, and they’re delivered fully certified.

Owners of vintage models can take heart, too: The fact that Land Rover is again making parts for these vintage models means they’ll be easier to get for enthusiasts the world over.

Experts say the people who buy these classics are young, affluent and — despite the model’s off-road creds — not exactly rural: In 2016, Hagerty saw a 24% increase over 2015 in quotes for 1970s Range Rovers. Over the past five years, the number of quotes has risen 130%. Of those queries, Generation Xers made up 53% of the interest.

“It echoes a similar demographic to those buying 1966-77 Ford Broncos,” Klinger said. Ford has announced that it’ll remake the icon by 2020.

Since the Reborn programme will reissue models from 1970 to 1979, the earlier years will cost slightly more than the later years. But for the chance to have something everyone idolised but no one else has? It’ll be more than worth it. — Bloomberg