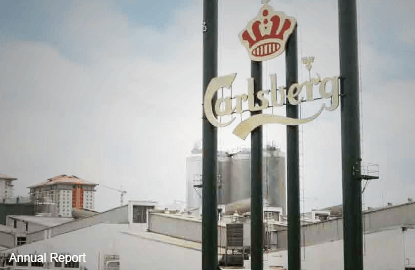 He said even though it is a tough year moving forward, there are still opportunities for growth. He added that the brewer will not reduce its investment in its brands.

Andersen also expressed his disappointment towards the excise duty hike on March 1, which he described as "hefty", and favours the importers of foreign beer and liquor over local beer producers.

The new tax regime saw the quantum of a tax increase on locally produced beer, stout, and cider, ranging from 10% to 99%.

"It has forced us to increase our price," he said, adding that this may encourage an illicit trading of beers.

The group posted an increase in net profit by 18.36% to RM74.48 million in its fourth quarter ended Dec 31, 2015 (4QFY15) compared to the corresponding quarter in 2014, due to effective revenue optimisation, better product and price mix, as well as prudent cost management across the group.

For its full year (FY15), Carlsberg registered a slight increase of 2.05% in net profit compared to a year ago.

At 4.13pm, shares of Carlsberg traded unchanged at RM13.78, for a market capitalisation of RM4.25 billion.