Car sales to decline in 2016 despite launches and promotions, says CIMB IB Research 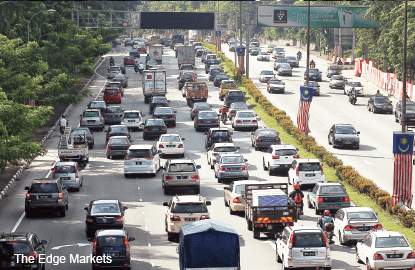 In a note July 21, CIMB Research automotive analyst Mohd Shanaza Noor Azam said sales of new vehicles fell by 0.1% year-on-year in June due to persistent weakness in consumer and business sentiment, while total industry volume (TIV) for the first half of 2016 (1H16) dropped 15% y-o-y to 275,000 units, seen as the weakest 1H since 2009.

He said the June’s sales improvement was a result of 32% jump in passenger vehicle sales, led by Honda with its new Civic model, and followed by Proton’s new Perdana model.

While Mazda bucked the trend among most major mass market marques in 1H16, Toyota dropped 30% year-on-year, the biggest for the period, and Perodua which dipped 29% but which sale is expected to improve with its new Bezza launch.

As for market share, Perodua stayed in pole position with 35% in June, Proton maintained at 12%, but Toyota relinquished the leading non-national brand spot to Honda, which saw its market share rise from 12.7% to 16.1%, he said.

Mohd Shanaz maintained a “neutral” call on the auto industry, where consumer spending is soft but might pick up after the recent overnight policy rate cut that lowered borrowings cost.

“Despite upcoming launches and aggressive promotional campaigns, we expect full-year TIV to decline y-o-y. This is due to the high base, as many consumers brought forward purchases in 2015. Still, we think the negative sentiment has been priced in,” he said.

Berjaya Auto is the research bank’s top pick due to Mazda’s sustainable volume growth, he said, adding that the successful new model launches and the listing of its Philippines operations are potential re-rating catalysts.

Mohd Shanaz made an “add” call on the stock, with target price at RM2.68.