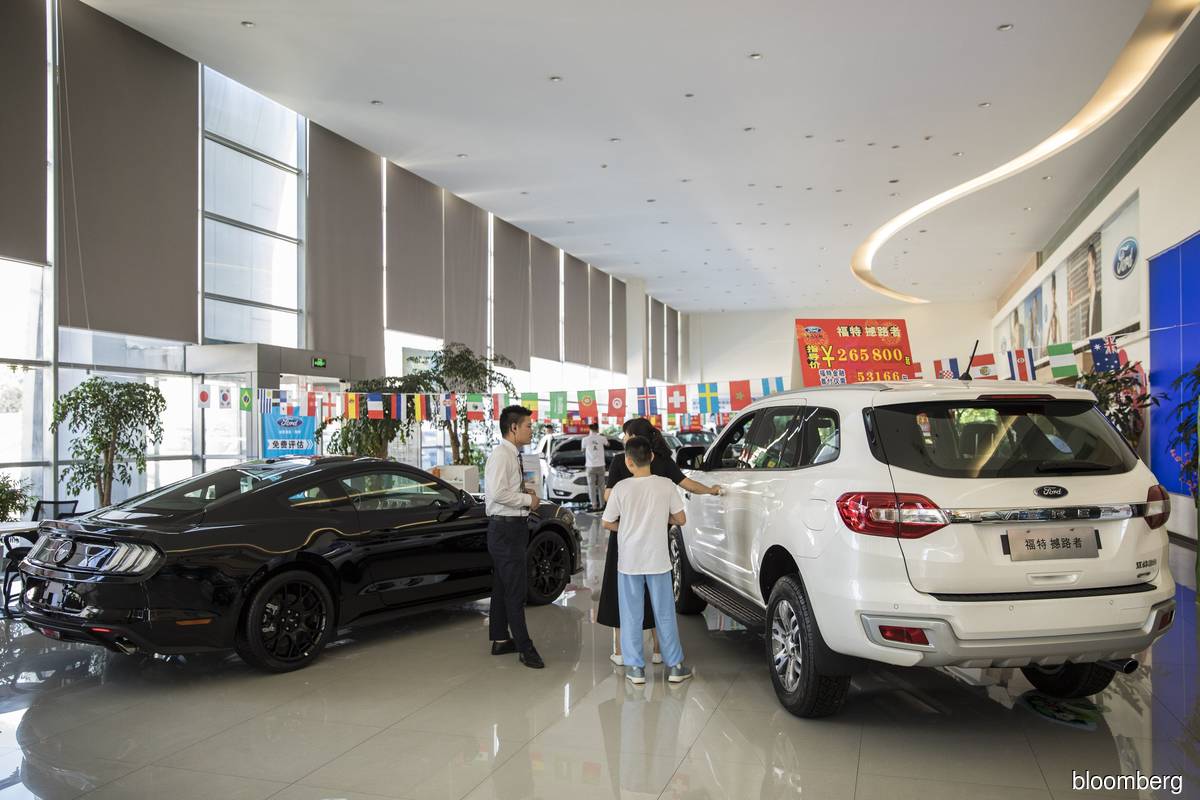 BEIJING (Oct 13): Demand for cars in China is going from strength to strength, making the automobile market in Asia’s biggest economy a lone bright spot as the coronavirus pandemic puts a damper on sales in Europe and the US.

Sales of sedans, SUVs, minivans and multipurpose vehicles jumped 7.4% in September from a year earlier to 1.94 million units, the China Passenger Car Association said Tuesday. That’s the third straight monthly increase, and it was driven primarily by demand for SUVs.

With auto sales in the US and Europe still impacted by Covid-19, reviving demand in China is a boon to international and domestic manufacturers. It is set to be the first country globally to bounce back to 2019 volume levels, albeit only by 2022, according to researchers including S&P Global Ratings.

Automakers worldwide have invested billions of dollars in China, the world’s top car market since 2009, where the middle class is expanding but penetration is still relatively low.

Brands from countries such as Germany and Japan have weathered the pandemic better than their local rivals — the combined market share of Chinese brands fell to 36.2% in the first eight months from a peak of 43.9% in 2017.

Auto stocks extended their recent gains Tuesday, with Great Wall Motor Co and Chongqing Changan Automobile Co both advancing by the 10% daily limit, making them the best two performers on the CSI 300 Index of large caps.

Even as the Chinese auto market recovers, it may still record its third straight annual drop in sales, Xin Guobin, a vice minister at the Ministry of Industry and Information Technology, said last month. That’s because of the heavy declines suffered at the start of the year, during the height of the outbreak.

Regardless, China’s importance is boosted by its focus on nurturing the electric-car ecosystem, a technology shift in which automakers have invested a great deal of time and money.

Beijing wants new-energy vehicles to account for 15% or more of the market in 2025, and at least half of all sales a decade later.

Wholesales of NEVs, consisting of pure electric cars, plug-in hybrids and fuel-cell autos, surged 68% to 138,000 units, a record for the month of September, according to CAAM.

Tesla Inc, which started deliveries from its Shanghai gigafactory at the start of the year, sold 11,329 vehicles, down from 11,800 in August, PCA said. The American carmaker ranked third in NEV wholesales last month, behind SAIC-GM Wuling Automobile Co and BYD Co, PCA added.

PCA said it expects NEVs to help drive overall auto sales growth in the fourth quarter with the introduction of new, competitive models, while strength in the yuan will help lower costs locally.

Overall vehicle sales for the full year should be better than a previous forecast for a 10% contraction, thanks to the recovery in demand, said Xu Haidong, deputy chief engineer atCAAM, without elaborating.