Captain of U.S. carrier relieved of command after virus memo 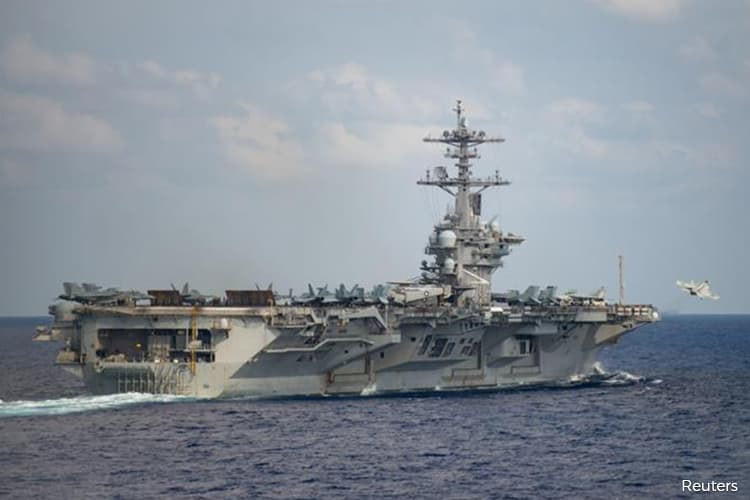 (April 3): The captain of the USS Theodore Roosevelt was relieved of command after writing a memo pleading for assistance in addressing the coronavirus outbreak on the nuclear-powered aircraft carrier, which is sidelined in Guam.

Acting Navy Secretary Thomas Modly announced the decision Thursday at the Pentagon, criticizing the way Captain Brett Crozier expressed his concerns and saying the officer let the stress of the outbreak, which has affected more than 100 crew members, “overwhelm his ability to act professionally.”

The memo, which Navy leaders say was sent via unsecure email and distributed broadly outside the chain of command, “created a little bit of panic on the ship,” and “misrepresented the facts of what was going on on the ship as well,” Modly said. “It raised alarm bells unnecessarily.”

Citing an “ongoing and accelerating” danger on board the carrier, Crozier sent his Navy superiors the memo pleading, “We are not at war. Sailors do not need to die.” He called for removing all but a skeleton crew from the carrier, where sailors are in close quarters, so that they can be isolated and tested.

Modly suggested that the captain’s move “jeopardized the national security interests of the United States” and that the Navy was already in the process of addressing Crozier’s concerns when he sent his message. He added that Crozier failed to discuss the concerns in the memo with his commanding officer, who was also on board the Roosevelt.

The chairman of the House Armed Services Committee, Representative Adam Smith of Washington state, and three Democrat subcommittee leaders criticized Modly’s decision as a destabilizing move that could increase risk to the fleet during the pandemic.

“Throwing the commanding officer overboard without a thorough investigation is not going to solve the growing crisis aboard the U.S.S. Theodore Roosevelt,” the lawmakers said in a joint statement.

About 144 crew members on the 4,800-person carrier have tested positive for the virus, Modly said, adding that none are hospitalized and that some are showing no symptoms. He said sailors are being rotated off the carrier for coronavirus testing.

Both Modly and Chief of Naval Operations Michael Gilday said the Navy is starting an investigation into what led to the breakdown in the chain of command.

“I lost confidence in his ability to continue to lead that warship as it fights through the virus,” Modly said.