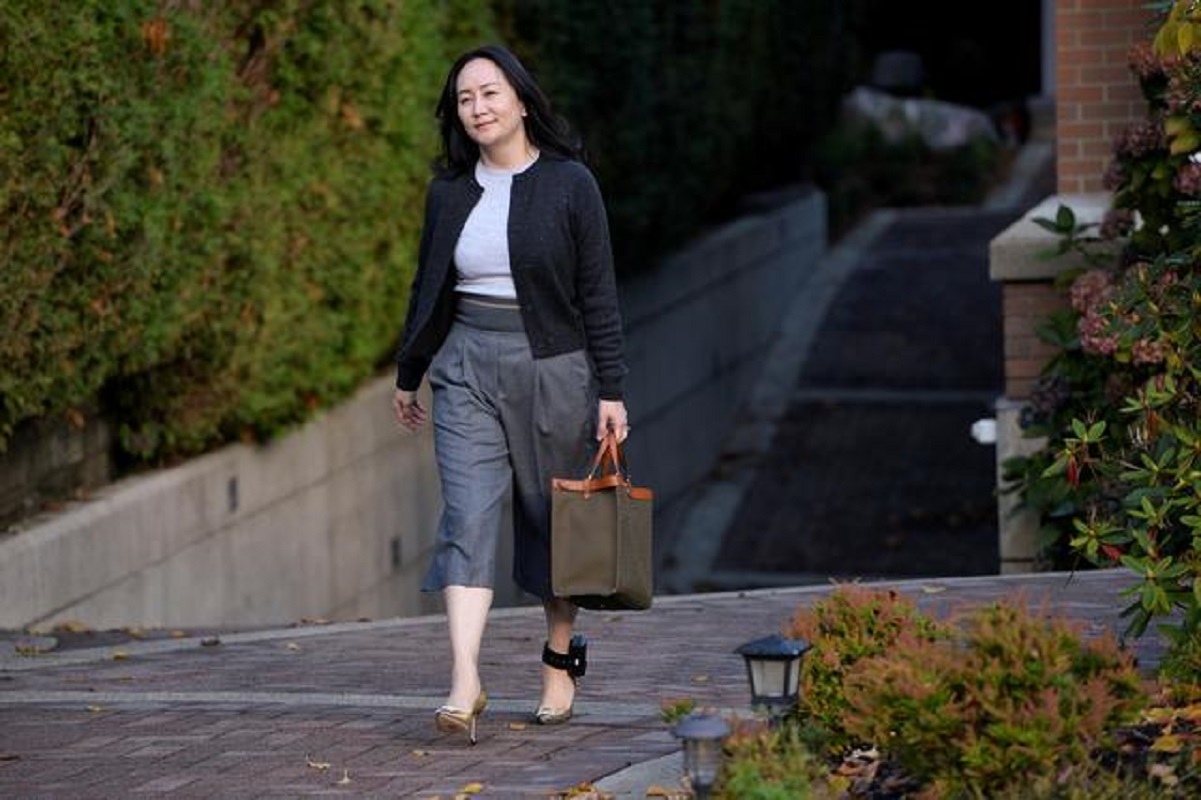 VANCOUVER/TORONTO (Oct 30): A judge has blocked an attempt by Canada's attorney general to get parts of Huawei Chief Financial Officer Meng Wanzhou's arguments dismissed in the case to extradite her to the United States, according to a ruling released on Thursday.

However, the judge sided with the attorney general in agreeing that Meng's arguments were not strong enough to warrant an immediate dismissal of the case.

The ruling comes as a week-long witness testimony is under way in the British Columbia Supreme Court, in a different part of the same extradition case.

Meng's assertion that the United States misrepresented evidence of alleged fraud in its formal request to Canada for her extradition has an "air of reality," Associate Chief Justice Heather Holmes wrote in her decision, dated Oct 28. She also agreed that Meng was entitled to introduce some additional evidence in the case record, "to a limited extent."

"Some of that evidence is realistically capable of challenging the reliability" of the US request for extradition, Holmes said.

The office of Attorney General David Lametti did not immediately respond to a request for comment.

Huawei Canada called the decision "a substantial victory," in a statement to Reuters.

Meng, 48, was arrested at Vancouver International Airport in December 2018 while on a layover bound for Mexico. Meng's case turns on whether she misled HSBC about Huawei's business dealings in Iran. The United States has argued she is guilty of fraud for causing the bank to break sanctions against Iran.

Meng has said she is innocent and is fighting the charges from Vancouver, where she is under house arrest.

A PowerPoint presentation that Meng gave to a HSBC banker in Hong Kong in 2013, showing Huawei's relationship to Skycom Tech Co Ltd — a firm that operated in Iran — has been cited by the United States as key evidence against her.

Holmes agreed with Meng that the US request for extradition should have included certain statements from the PowerPoint that add "further precision" to Meng's statements about Huawei's business relationship with Skycom in Iran.

Holmes flagged one example of potential US misrepresentation of evidence, pointing out that it did not include the phrase "'Huawei' engagement with Skycom is normal and controllable business cooperation, and this will not change in the future' (emphasis added)."

"A similar statement is included earlier in the summary, but that statement omitted the word 'controllable', reading, 'Huawei's engagement with Skycom is normal business cooperation,'" Holmes said.

Although Holmes agreed that Meng's arguments were not strong enough to warrant immediate dismissal of the case, she said they "may be capable of doing so when considered together with allegations from the first or second branches," referring to other allegations of abuses of process Meng has put forward.

Leo Adler, a Toronto-based extradition lawyer who is not involved in the case, said the ruling represented "a good win" for Meng, but added that Holmes "is a very cautious judge."

In Thursday's witness testimony, a border officer told the court that the impending arrival of Meng at a Canadian airport two years ago meant discussions about the best way to apprehend her had to be cut short.

Scott Kirkland, an officer with the Canada Border Services Agency (CBSA), had previously told the court he was worried about allegations of civil rights violations if the agency intercepted and interviewed Meng before her arrest by Canadian police.

But he did not bring this concern up with others, in part because they had less than an hour before Meng's flight landed to decide how to handle her interception.

"It was a rushed discussion," Kirkland said.

The afternoon's testimony focused on the sequence of events during the border agency's inspection of Meng. The defence suggested that it was improper for Kirkland to have written down her cell phone passcodes on a piece of paper rather than only in his notebook, but he maintained that it is standard procedure.

Meng's lawyers have argued that abuses of process occurred in the nearly three hours between when CBSA intercepted her and the Royal Canadian Mounted Police (RCMP) arrested her, during which she had no legal representation.

RCMP Constable Winston Yep, who arrested her, was the first witness in the week-long testimony. Yep insisted the RCMP stayed in its lane and did not direct the CBSA in its investigation of Meng.

Canadian government prosecutors have tried to prove that Meng's arrest was by the book, and any lapses in due process should not impact the validity of her extradition.

Meng's extradition hearings are scheduled to wrap up in April 2021, although the potential for appeals means the case could drag on for years.