Can Singapore save the world from sinking? 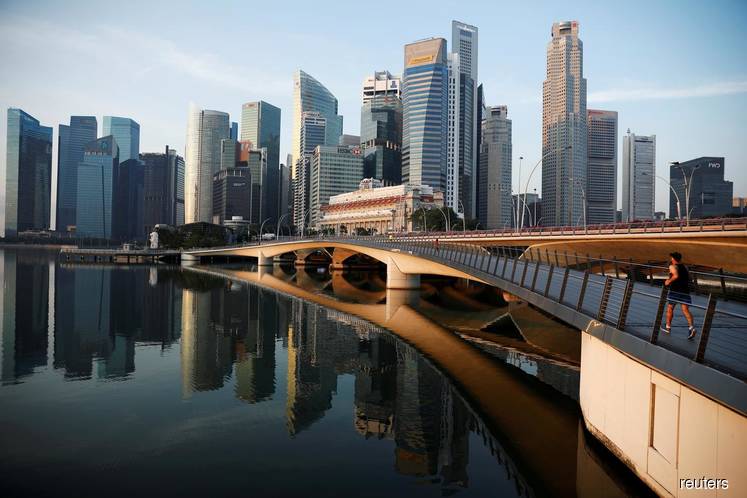 (March 2): Nearly a third of the global financial center of Singapore sits less than five meters above sea level. If global warming continues unabated, an area as large as 3,400 football fields in the center of the small city-state could be inundated by 2100, flooding the vital business district and some of its most valuable infrastructure.

Many coastal cities share a sinking feeling nowadays, but Singapore’s example stands out for a couple of reasons. First, the island is choosing fight over flight. Second, the fiscally conservative nation is asking current taxpayers to share the cost of an expensive battle, even though the worst of the threat will only materialize if Antarctica and Greenland lose their ice in the second half of the century.

Most other vulnerable countries aren’t as rich as Singapore, or as space-constrained. The Philippines is moving government offices from disaster-prone Manila to the higher ground of a former US Air Force base in Clark City. Indonesia is erecting a new capital in the jungles of Borneo, even as it aims to put up a giant wall to shield Jakarta from ocean waves. But where will Singapore, a sovereign state packed in an area three-fifths the size of New York City, go?

One option is to emulate the Pacific Ocean island of Kiribati, which has bought land 2,000 kilometers away in Fiji. The Maldives has explored resettling its population in Australia. But how does Singapore leave behind a strategic port, the world’s best airport, humming refineries and data centers, and gigantic underground reservoirs of crude oil? How does it recreate a megalopolis for 5.7 million residents and several times as many visiting bankers, businessmen and tourists?

Sitting at the mouth of one of the world’s busiest shipping lanes, separating peninsular Malaysia from the island of Sumatra in Indonesia, Singapore has nowhere to go. What it has are money and a forward-planning DNA, both of which it has used successfully in the past to stop getting its arm twisted over the supply of raw water from Malaysia. But as existential threats go, climate change will be a lot trickier. “We cannot lose a big chunk of our city and expect the rest of Singapore to carry on as usual,” Prime Minister Lee Hsien Loong said in his national day speech last August, in which he gave an indication of how costly the fight could get: S$100 billion (US$72 billion) over 100 years, possibly more.

Put another way, Singaporeans will invest what it cost the US in today’s money to build its first transcontinental railroad in 1869; and they will keep repeating that feat every year and a half for a century.1 A survey found that for 21% of citizens and permanent residents, the emphasis on climate change was the most “impressive” part of Lee’s address.

The investment will be high as the ocean tries to wrest back what the island’s planners took from it to accommodate their outsize growth ambitions. Some of the priciest real estate is standing on soft marine clay in reclaimed lands in downtown Singapore and the central business district, according to a recent study. This clay is subsiding. The combined effect, the scientists say, could be to flood as much as 18 square kilometers — 21% more area than rising sea levels alone would.

So what’s to be done with all that spending? Options include “empoldering,” a Dutch system of reclamation in which newly drained land sits lower than the sea, protected by a dike. Rainwater gets pumped out into an inland water body, which throws its excess into the surrounding sea. When Singapore embraced this innovation to expand an outlying island — the main city is surrounded by 62 of them — the idea was to save on sand costs. But polders are now being seen as a technique to arrest the sinking of Singapore.

Next comes financing. Six months after the prime minister’s speech, the government put S$5 billion into a coastal and flood protection fund. That’s a bold commitment when the coronavirus epidemic is threatening to disrupt trade and tourism and destroy jobs. Yet, Singapore wants to make an early down payment and go ahead and raise a politically sensitive consumption tax to 9% from 7%, sometime between 2022 and 2025. Earlier, aging-related healthcare costs were the main reason to marshal resources. Now, taxpayers are also on the hook to protect future generations from the sea.

It’s a delicate balance between survival in 2100, votes in the next elections that are likely later this year, and sustaining long-term competitiveness. Singaporeans aren’t exactly happy with their rising retirement age. But the government has already increased income taxes on top earners to 5 percentage points more than arch rival Hong Kong. Any more and they might leave. Higher consumption taxes are the only solution.

Still, not all of the burden can be front-loaded. Inter-generational justice will be important in allocating climate costs. Yet-to-be-born Singaporeans won’t get a free pass. Laws make it difficult for the government to raid the nation’s substantial past reserves, whose size is a state secret. But converting financial assets into improved land, which is what empoldering will entail, is allowed more easily because it isn’t a depletion of coffers. Any funding gaps could be filled with long-term borrowings to be repaid by future taxpayers. Climate bonds are a small but growing asset class. If AAA-rated Singapore issues a steady supply, it will be lapped up by global pension managers starved of yields.

The city last year imposed a S$5-a-ton tax on greenhouse gases, though its own emissions are just 0.1% of the world total. It’s the large economies whose behavior will determine how boldly Singapore must spend. Just as the city with no resources became a global role model for recycling dirty water for drinking, what it does to fight climate change and how it finances the investment could show other countries a way. At a minimum, Singapore’s seriousness will give investors a good idea of whether coordinated global action against rising temperatures is a realistic goal, or a pipe dream. Think of the world as a rickety coal mine, and tiny Singapore might be its canary. With a S$100 billion song on its lips.