Can Dubai oil pricing be fixed? 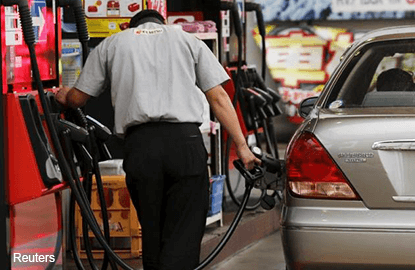 SINGAPORE: Nobody is happy with the current state of oil markets in Asia, apart maybe from some Chinese, but they probably shouldn’t be that pleased either.

The reasons are multifaceted but at the heart is the breakdown and dislocation of the oil pricing mechanism for the bulk of Middle East crude that is shipped to Asian refiners.

The current system has worked well for years, but the rise of China to becoming the world’s biggest crude buyer has also led to the increasing influence of the trading arms of its giant state-controlled oil companies PetroChina and Sinopec.

PetroChina’s trading arm Chinaoil and Sinopec’s Unipec have in the past year established a position of dominance in the daily price assessment for benchmark Dubai crude, used by Middle East producers such as Saudi Arabia, Iran and Iraq to price their crude cargoes to Asia.

Aggressive trading by the two, heavy buying by Chinaoil and selling by Unipec, has made Middle East crudes more expensive relative to oil from the Atlantic basin, such as crudes from Angola, Nigeria and Latin American producers such as Brazil.

As a result, life has become more difficult for everybody from producers to traders to refiners outside of China.

For top exporter Saudi Arabia, the shifting dynamic has made it difficult for it to keep its official selling price at a level that ensures it can maintain market share.

For traders such as Glencore, Trafigura, Mercuria and others, they are no longer market makers and are being forced to accept prices that squeeze their margins, and they are finding it harder to source physical cargoes.

Refiners outside of China are being forced to pay more than they think they should for Middle East grades supplied under term contracts, reducing profitability and the stability of pricing that they desire.

Middle East producers, such as Saudi Arabia, Iraq, Iran and Kuwait, set their official prices with reference to the Dubai benchmark provided by pricing agency Platts.

This has worked satisfactorily in the past, as there were sufficient quantities of physical oil to meet the demands of buyers during the Platts Dubai Market on Close (MoC) process.

But Chinaoil has roiled the market by bidding heavily, up to the point where there are now concerns that the MoC will run out of available cargoes. In August, Chinaoil snapped up a record number of cargoes with Unipec the main seller.

There are a whole host of theories as to why the two firms are bidding against each other, as it would appear to benefit Chinaoil at the expense of other Chinese players.

Even then there is considerable doubt as to whether Chinaoil can make enough profit on paper trades to offset losses in the physical market caused by bidding the Dubai price higher relative to other benchmarks.

What is certain is that even if Chinaoil can show a profit, the rising Dubai price is costing China as a whole millions of US dollars every month.

But in some ways it doesn’t matter what the motivations of the Chinese traders are, only what the impact is and what other market players can do about it if they feel the current system is no longer working.

The problem with the current process is that there are about 1.2 million barrels per day (bpd) of freely tradable Oman, Dubai and Upper Zakum available.

Platts is mulling adding in more grades such as Abu Dhabi’s Murban and Qatar’s al-Shaheen, but this would most likely boost the available amount of crude for the MoC process by about one-third, to somewhere close to two million bpd.

Given that Sinopec and PetroChina combined can process about eight million bpd, it’s unlikely that adding grades will be enough.

“If you give an elephant 50 cookies and it isn’t satisfied, will giving it 70 cookies make a difference?” was how one market participant put it this week during the oil industry’s annual gathering in Singapore.

So what can be done to fix this?

The Chinese are working on creating a futures contract through the Shanghai International Energy Exchange that will be yuan-denominated and deliverable in Shanghai and storages in northeast China.

The contract may be launched in October, but it’s still far from certain that it will gain widespread acceptance rapidly.

Some market participants are worried about taking delivery in China, given the limited number of potential buyers for crude cargoes, while others say the currency risk of being traded in yuan may be an issue.

Another potential fix is for producing countries such as Saudi Arabia to dump the Platts assessment and switch to using the Dubai Mercantile Exchange’s (DME) Oman contract, which allows for delivery and reduces counterparty risk.

This is the most logical short-term solution as Chinaoil and Unipec would find it much harder to dominate a regulated market like the DME in the way they have taken over the MoC.

Other solutions include developing a new Middle East benchmark based on a crude stream such as Iraq’s Basra Light and Basra Heavy, but this would take time to gain acceptance and isn’t likely even in the medium term.

The reality is that even though the Middle East crude pricing system appears dysfunctional currently, there is no easy fix and market participants are likely to have to adapt their strategies to deal with the current situation. — Reuters

Clyde Russell is a Reuters columnist. The views expressed are his own.