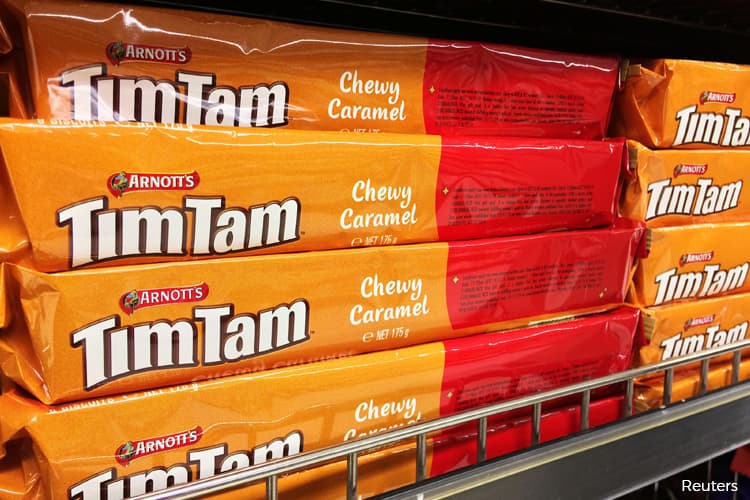 BENGALURU (Aug 2): Campbell Soup Co on Friday confirmed that it signed a deal to sell its Australian snacks unit Arnott's and some of its international operations to KKR & Co Inc for $2.2 billion as the U.S. company works on reducing debt.

Campbell and KKR will enter into a long-term licensing arrangement for the exclusive rights to use certain Campbell brands, including Campbell's, Swanson, V8, Prego, Chunky and Campbell's Real Stock, in Australia, New Zealand, Malaysia and other select markets, the company said.

"This was a thorough and complex process in which we considered many options," Campbell Chief Executive Officer Mark Clouse said.

"By applying almost $3 billion of divestiture net proceeds to reduce debt, Campbell's balance sheet will be stronger and capable of supporting our plan to grow our focused and differentiated portfolio," he said.

KKR & Co said last week it was buying Campbell's Arnott's that will give it ownership of top-selling biscuit brands such as Tim Tam.

Campbell put its international unit and 'Fresh' unit up for sale last year as it wanted to focus on its core North American businesses and reduce debt. It was also under pressure from investors to improve profitability and stock performance.

In July, U.S. packaged food company said it would sell its Danish unit Kelsen Group to an affiliate of Nutella maker Ferrero SpA for $300 million.