Business Of Sports: Euros can be the Big Bang for women’s sport 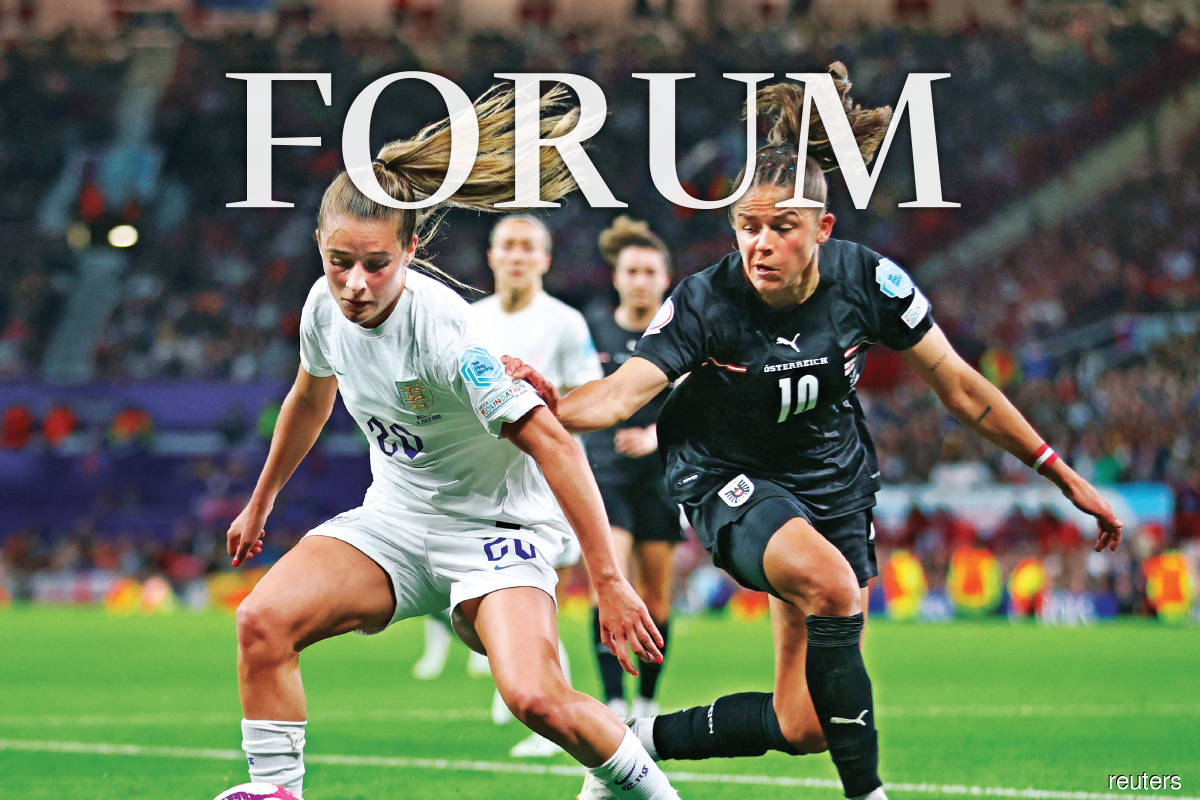 Women’s Euros, England v Austria at Old Trafford ... Championship venues have been swamped by a surge in demand for tickets as interest in women’s football explodes

Women’s sport is on a roll. Across much of the world, women are wielding racquets, riding horses and bikes, passing and shooting, and even throwing darts and punches with more skill, for more money and in front of more people than ever before. If 2021 was a breakthrough year, 2022 is well on the way to becoming a watershed.

Football’s European Championship venues are already being swamped by a surge in demand for tickets. Cycling’s toughest race now has a dedicated version for women, while in boxing, the fight of the year award looks nailed on for two lady lightweights.

The “Women’s Euros”, as they are known, kicked off on July 8 before an Old Trafford sell-out of 73,000. Manchester United’s massive stadium was a late addition after the English FA hosts had underestimated the amount of interest. But recent world record 90,000 plus crowds in Barcelona are making them wonder if even the “Theatre of Dreams” is big enough.

Twice as many tickets have been sold as expected amid criticism that the size of many arenas is “disrespectful to women”. Upon realising that her country would be playing not at Manchester City’s 55,000-seater Etihad stadium but its academy (capacity 5,000), Iceland midfielder Sara Björk Gunnarsdóttir asked: “Don’t they know women’s football is exploding?”

They do but, to be fair to the hosts, it wasn’t exploding four years ago when England was the tournament’s only bidder. Women’s football was in a very different place since when there has been a World Cup in France and a Super League (WSL) in England. Interest has risen exponentially, although Barcelona Feminina’s two huge crowds remain the exception rather than the rule.

An FA spokesman acknowledged: “The event we deliver will be far bigger than the event we planned and assumed when we were bidding.” It may be embarrassing but is also a nice problem to have. With nigh on 500,000 tickets already sold, it will dwarf its 2017 predecessor held in the Netherlands, which attracted 240,000. The average attendance per game was 7,969; for the World Cup in France two years later, it was 21,756.

But to appreciate what a sea change there has been in women’s football, we need to go back to the inaugural edition in 1984. Smaller balls, shorter (35-minute) halves and no publicity are how it is remembered. Barely 2,000 souls endured the final, which was played in pouring rain on a quagmire at unglamorous Luton. Today, it would have been postponed, but back then, the players — all amateurs — had to go to work the next day. The only thing that was familiar was England losing on penalties!

If it seems to belong to even deeper antiquity, women had only been allowed to play the game 13 years earlier. That was 50 years after the FA had banned them, claiming: “The game of football is quite unsuitable for females and ought not to be encouraged.” In 1984, 90 minutes and a full-sized ball were still considered unsuitable.

So women’s football has already come a long way. The US world champions have achieved pay parity with their men’s team but had to go to court to do so. In Europe, huge discrepancies exist both within the women’s game and between it and the men’s. A handful of female superstars are paid around £250,000 per annum a while some of their teammates are on just £20,000. But even the high earners are blown out of the water by their male counterparts — by as much as 50 times.

Crowds are just as lopsided. Although big numbers have been reached for special occasions, the average WSL attendance is around 1,000. But if the promised viewing figures materialise, broadcasting revenues will rise and the branding will follow. And this could really be the “explosion” the women’s game has been waiting for.

Rachel Yankey, a survivor from the last time this tournament was held in England (in 2005), believes it is. She told the Sunday Times: “The world has changed. Businesses want to come and align themselves with women’s football. The league is visible, the standard is excellent and big companies are using the same campaigns around the women’s Euros as they did the men’s — like Pepsi and Lucozade putting women players on their bottles.” By the end of the month, we’ll have to check our ears.

Another sport that might be considered unsuitable for females — even today — is boxing. Many woke blokes have qualms about seeing women in the ring, but on an historic night in New York’s Madison Square Garden, Ireland’s Katie Taylor and Puerto Rico’s Amanda Serrano changed perceptions.

It was the first time that women had topped the bill at the sport’s mecca and they didn’t disappoint. Paid the richest purses ever — US$1 million apiece — they delivered one of the noble art’s greatest epics. And they are keen to do it again in Dublin where they’re confident of attracting 80,000 people.

The Tour de France is another event that is supposed to sort the men from the boys. This month, they are sorting them from the girls — with a separate race for women. The Tour de France Femmes will be on a different and shorter course than the men’s race but it’s still being hailed as a breakthrough by women’s cycling. Television will be key, but with an iconic mountain backdrop and crowds lining the roads, it’s sure to be a spectacle.

No sport seemed harder for a woman to crack than darts. But even this bastion of male chauvinism, where loud and leery men, built like the barrels of beer they drink, has bowed to a slim, 28-year-old blonde. Fallon Sherrock became the first woman to make the big time by reaching the quarter-finals of the Grand Slam of Darts. She has turned professional and is now the sport’s new darling.

Horse racing has one too after Rachael Blackmore won the world’s toughest steeplechase, the Grand National, to become the UK’s leading jockey. Cricket’s creaking calendar hardly needed another one-day format, but The Hundred did wonders for the women’s game, creating a whole new TV audience of millions.

The deeply entrenched pay disparity is generally put down to the huge imbalance in media coverage: male stars being household names, their female equivalents barely known outside their own household. But in tennis, where there is equal pay, women can even outdo men when it comes to endorsements.

Naomi Osaka is still women’s sport’s biggest earner and, according to Forbes, US$34 million of the US$37.4 million she earned in 2020 came from outside the court.

Golf, on the other hand, sees a sizable gap. The respective US Opens offer US$5.5 million prize money for women, US$12.5 million for men. Men argue they hit the ball further but surveys have shown that around the greens, women are more accurate. Who knows what would happen if due credit was given?

As many women’s versions have risen from humble origins or — in some cases — no origins at all, each sport’s distaff side is discovering that the world is literally its oyster. If the women’s Euros does explode, it might just be the Big Bang that women’s sport as a whole has been waiting for.