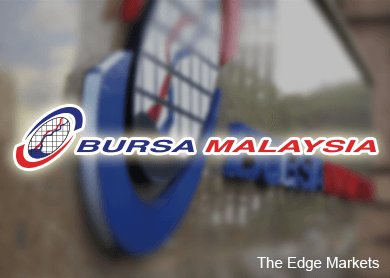 For 1HFY15, it registered higher net profit of RM96.54 million from a year earlier, while revenue rose to RM254.11 million.

"Management declared an interim dividend of 16.5 sen, which is equivalent to a payout ratio of 91%. No special dividend is expected in the near term.

"Despite the pared down market sentiment due to the difficult domestic and global environment, Bursa’s performance in 1HFY15 is commendable, slightly buoyed by growth in its derivatives and Islamic products," AmResearch said.

In a research report to clients today, CIMB said it had also taken into account, Bursa Malaysia's "unattractive valuation".

"We advise investors to stay on the sidelines, in view of weak trading activity in the equity market and unattractive valuation for Bursa. However, we continue to be positive on the outlook for its derivative business," it pointed out.

CIMB maintained its "Hold" call on Bursa Malaysia shares, with an unchanged target price of RM8.50.

For comparison, AmResearch also retained its "hold" recommendation for Bursa Malaysia, with an unchanged fair value of RM8.90.