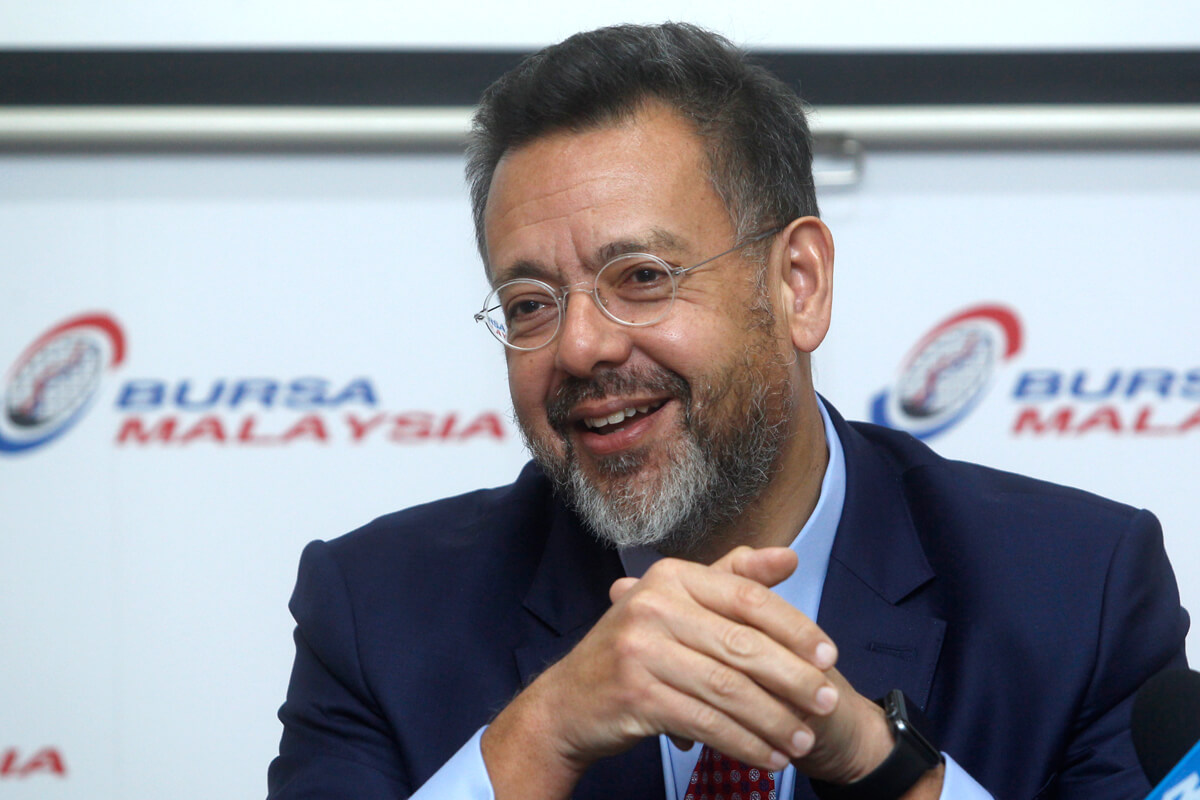 He added, however, that the projection may be affected by the impact of the movement control order (MCO 2.0) on corporate results.

“I would encourage those seeking capital that this is the market to look at. But that may be tapered by results being impacted by MCO 2.0.

“The question now is that are these companies in the right place to pursue and take forward their listing,” he said in a press conference following the release of the exchange’s results for the financial year ended Dec 31, 2020 (FY20).

Nevertheless, there was a 51.5% increase in the total funds raised to RM10 billion, from RM6.6 billion in FY19.

On the FY21 outlook for the bourse, Umar said FY20 was unique in many ways and that he could not forecast how the market would proceed for the rest of the current year.

The average daily value (ADV) for FY20 stood at RM4.21 billion, an increase of 118.1% from RM1.93 billion in FY21, mainly supported by domestic institutional and retail investors.

Retail investors accounted for RM1.6 billion of FY20’s total ADV — the highest retail ADV achieved in the history of the bourse. In FY19, retail ADV was RM473 million.

“Retail investors clearly are driving the market on a large extent as well as domestic institutions. As we go forward, we would like to see the emergence of foreign institutional investors as well, so we will be engaging with all parties on that,” said Umar.

When asked if Bursa Malaysia is expecting a similar level of retail participation in FY21, he said the exchange is working to ensure a conducive environment that allows for greater participation.

He said a part of it is the quality of earnings on the exchange, which he viewed as good assets that are well supported.

Shares in Bursa Malaysia were 0.11% or a sen higher at RM9.38 in afternoon trading, for a market capitalisation of RM7.59 billion. The counter saw 7.13 million shares traded.